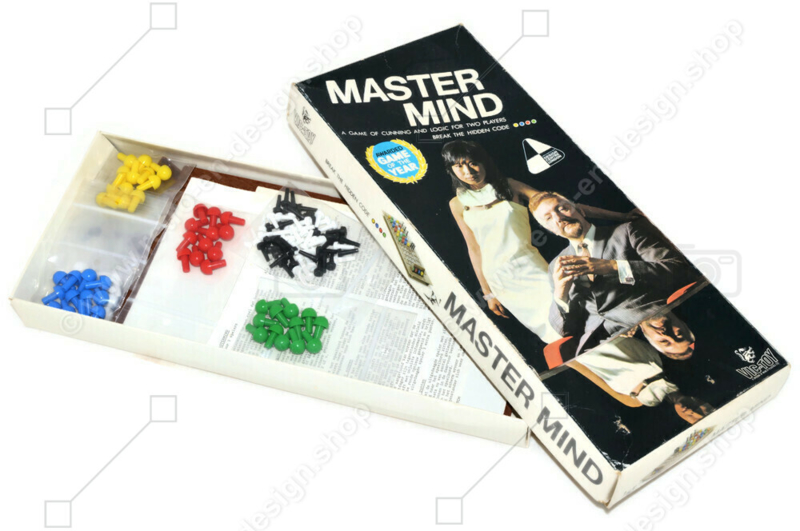 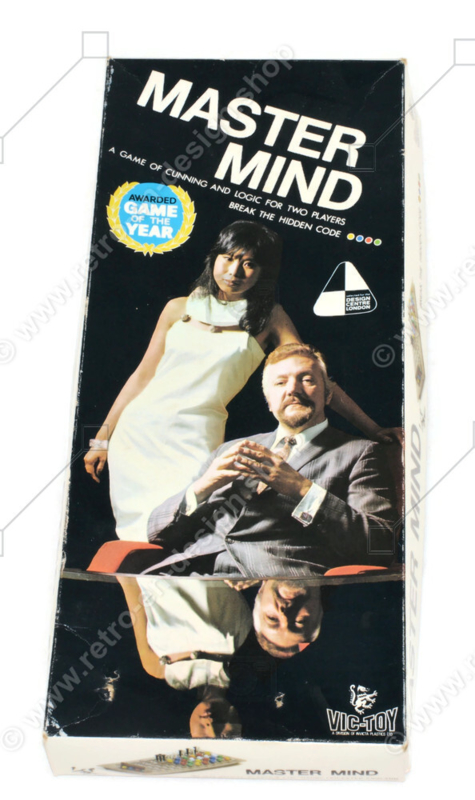 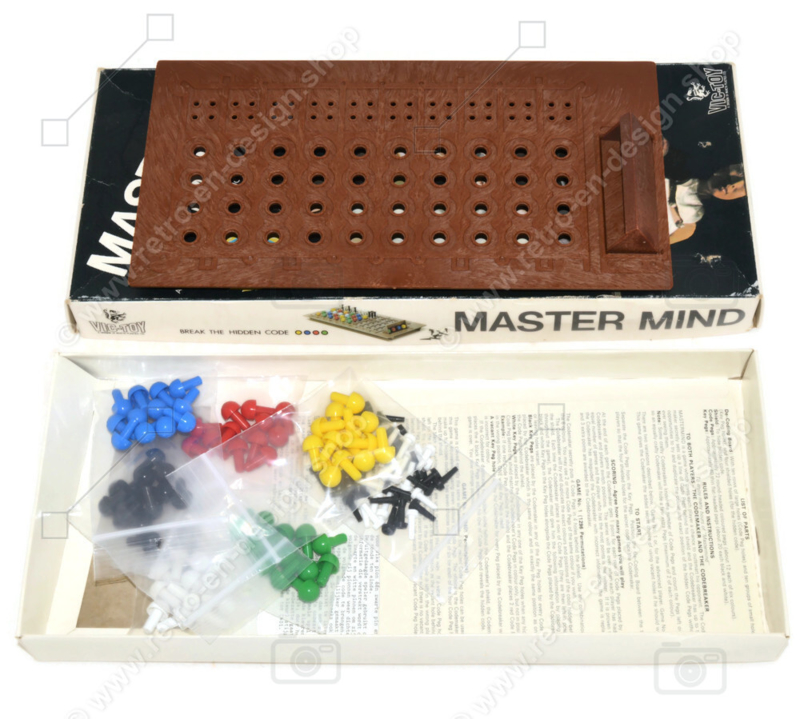 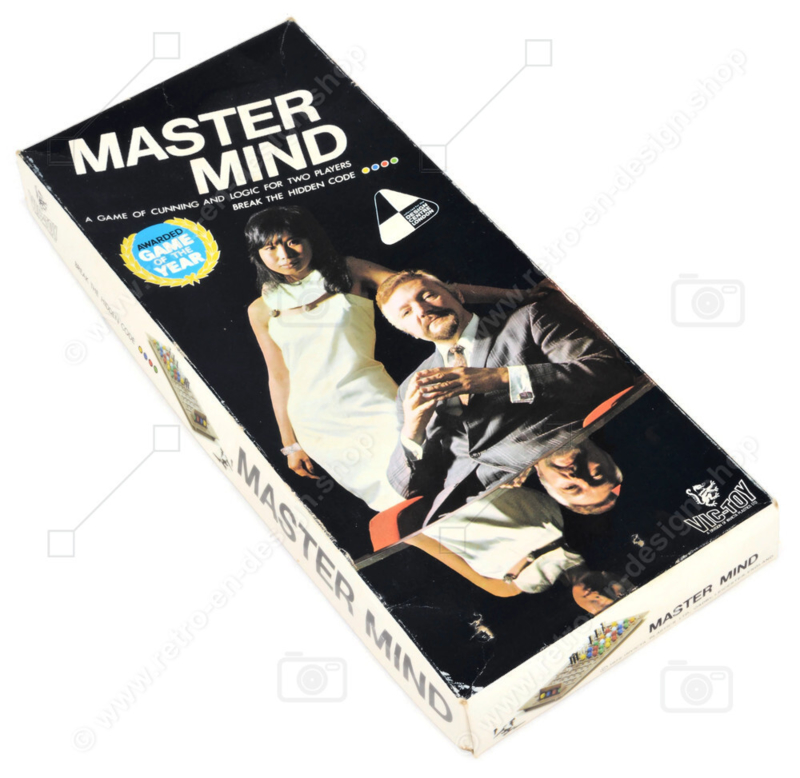 Description
One player tries to unravel the other player's secret code.

The code maker secretly chooses four code tokens and places them in a chosen order behind the screen. It is allowed to choose two or more pieces of the same colour. The code maker can choose from six different colours. This is the hidden code that the code breaker has to unravel.

Condition
This game is in a very neat vintage condition with normal traces of use and age-related traces of wear. Photos are part of the description 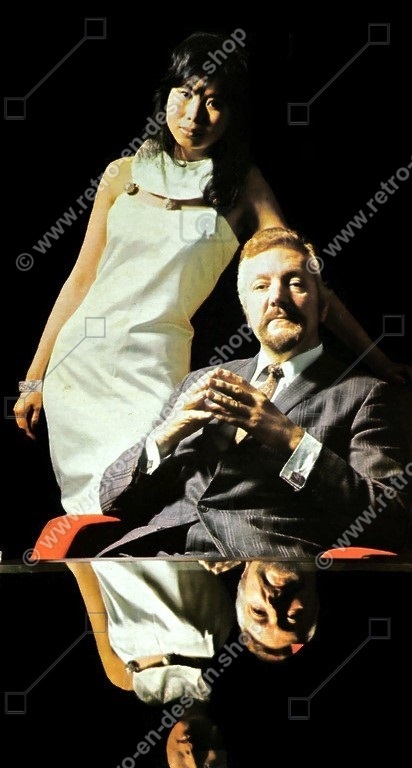 Mastermind or Master Mind is a code-breaking game for two players. The modern game with pegs was invented in 1970 by Mordecai Meirowitz, an Israeli postmaster and telecommunications expert. It resembles an earlier pencil and paper game called Bulls and Cows that may date back a century or more.

The game is played using:

The two players decide in advance how many games they will play, which must be an even number. One player becomes the codemaker, the other the codebreaker. The codemaker chooses a pattern of four code pegs. Duplicates and blanks are allowed depending on player choice, so the player could even choose four code pegs of the same color or four blanks. In the instance that blanks are not elected to be a part of the game, the codebreaker may not use blanks in order to establish the final code. The chosen pattern is placed in the four holes covered by the shield, visible to the codemaker but not to the codebreaker.

The codebreaker tries to guess the pattern, in both order and color, within eight to twelve turns. Each guess is made by placing a row of code pegs on the decoding board. Once placed, the codemaker provides feedback by placing from zero to four key pegs in the small holes of the row with the guess. A colored or black key peg is placed for each code peg from the guess which is correct in both color and position. A white key peg indicates the existence of a correct color code peg placed in the wrong position.

Particularities
Game of the year 1972