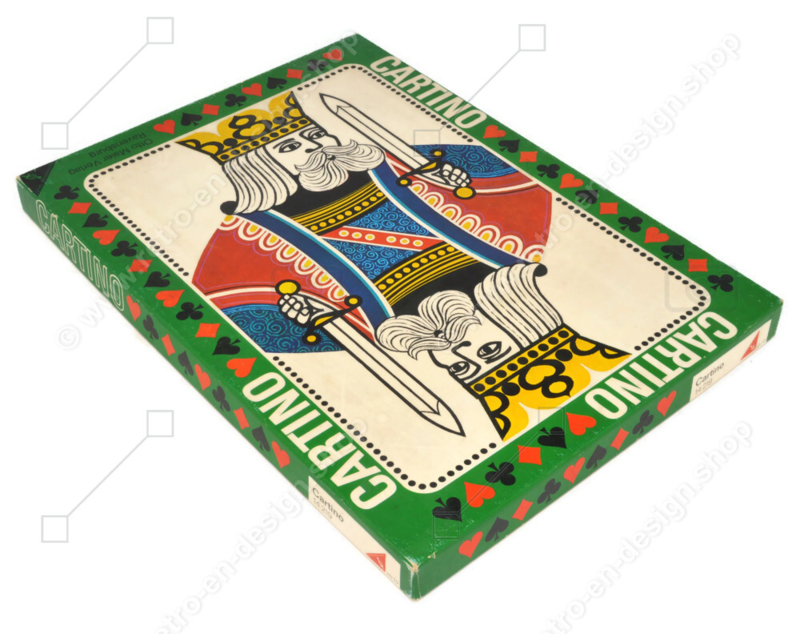 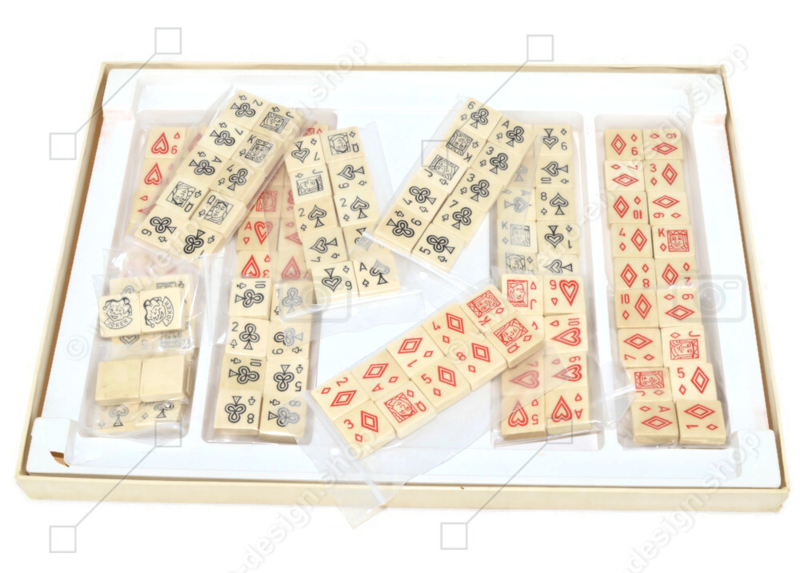 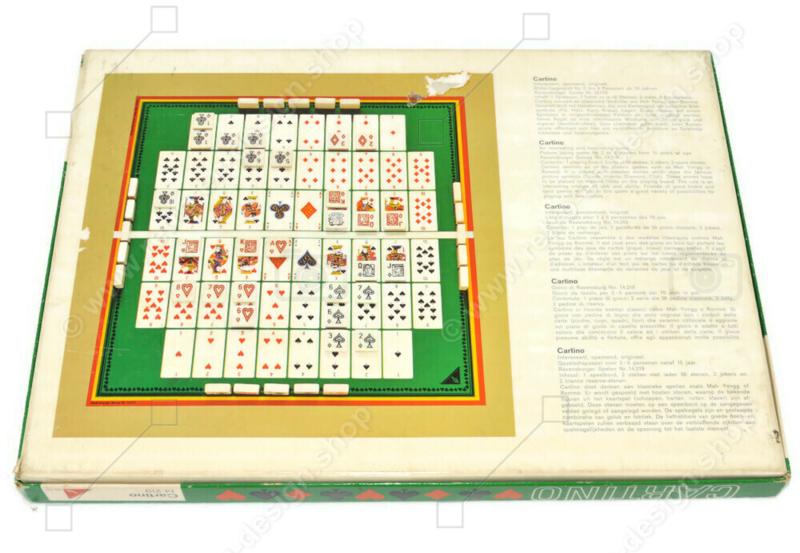 Cartino • vintage board game by Ravensburger • 1969

Cartino • vintage board game by Ravensburger • 1969

Description
Cartino is reminiscent of classic games, such as Mahjong or Rommé. It is played with wooden stones, on which the well-known figures from the card game (spades, hearts, diamonds and clover) are depicted. These stones must be placed on a game board on the indicated spaces

The game is suitable for all players who know the figures of the card game and their values. The rules of the game are a successful combination of luck and tactics. Fans of good board and card games will be amazed at the astonishing wealth of possibilities and the excitement right up to the last minute.

Condition
This board game is in a neat vintage condition. The box shows traces of use and age-related traces of wear. Photos are part of the description.

Cartino, also known as Cardino, is a board game for two to four players originally released by Ravensburger in 1969. The game was developed by Alex Randolph under the pseudonym D. F. Oudolf. The aim of the game is to place pieces with card symbols in such a way that you get more points than your fellow players. The original 1969 version is based on a 52-sheet sheet, the later simplified versions published from 1974 to 1977 are based on a 32-sheet sheet. In 1969 and 1974 the game with game pieces appeared, in 1976 with cardboard cards and in 1977 with cardboard cards together with the game Lingua in one package. In addition, the game appeared in the 13-part Ravensburger casino series in 1974 with a decorative cover. Milton Bradley has released a 32 version as Cardino.

Particularities
With rules in 5 languages