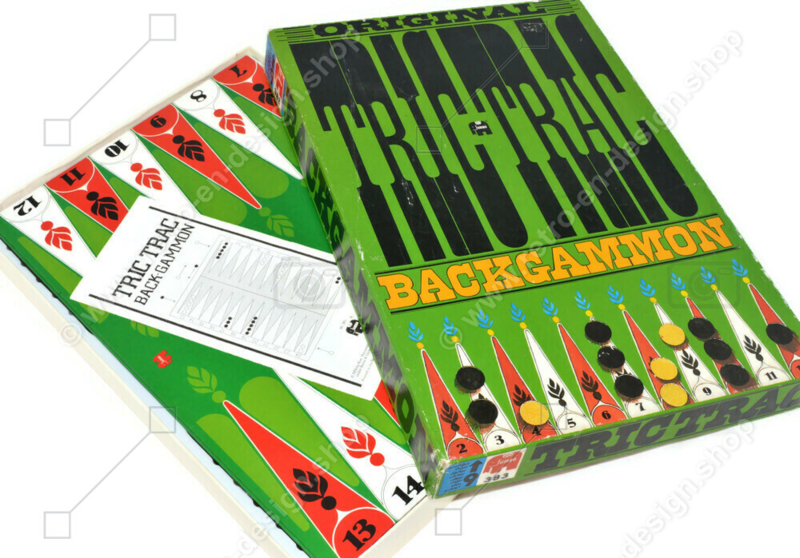 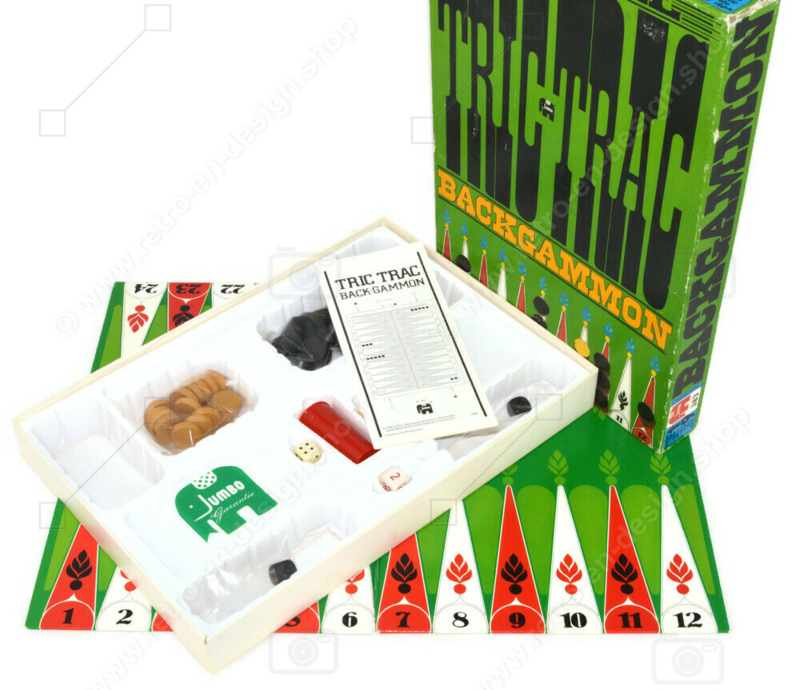 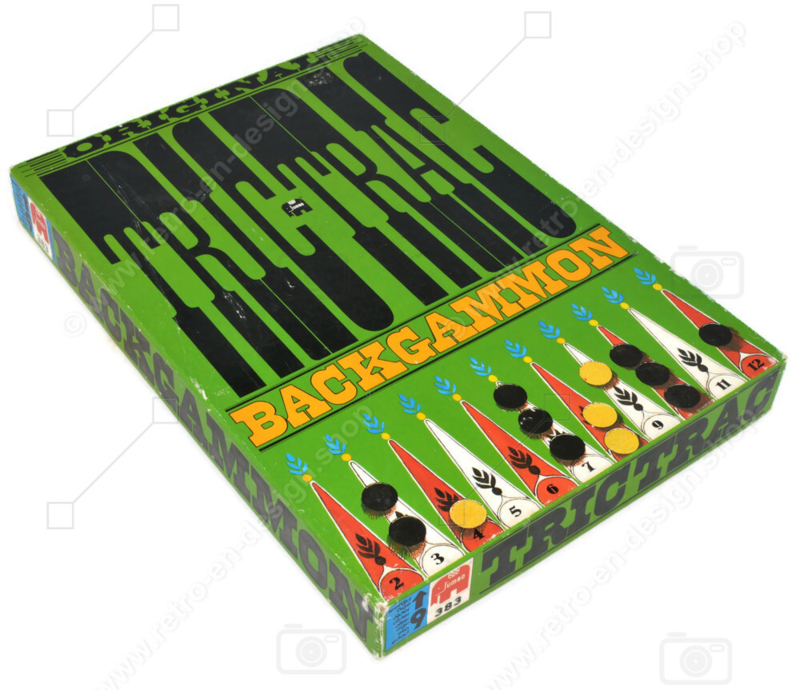 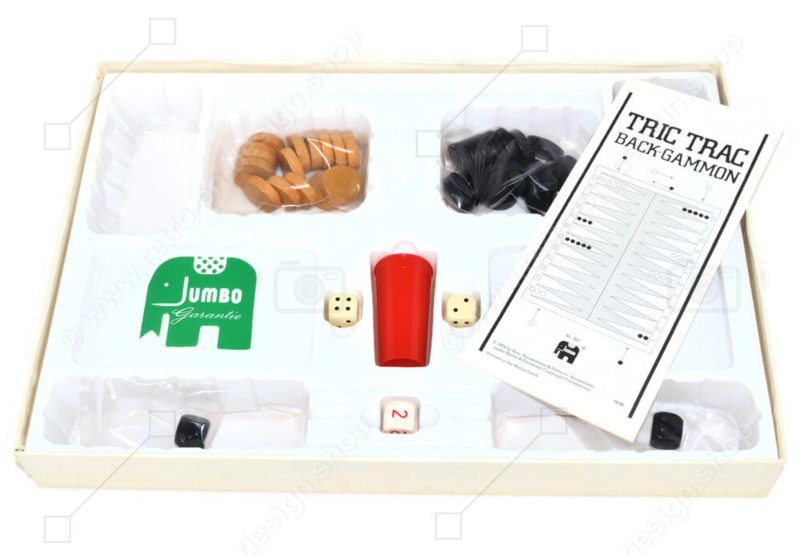 Description
An intelligence game for 2 players with simple rules, on which various variations are possible.

Condition
This board game is in a good vintage condition with normal traces of use and age-related traces of wear. Original from the year 1974 and complete!

Backgammon is a board game for two players. It is one of the oldest games known to us. The Dutch version of this game (with different rules) is called Tric Trac or Triktrak. In Turkey it is the most popular game and it is part of the street scene.

Backgammon is a race where both players have to run stones across the field to another side according to the rolls of the dice. The opponents run in opposite directions. Loose opponent's stones can be captured. The object of the game is to bring your 15 stones to the other side first and take them out of the game. Whoever does this first wins the game.

Age
From 9 years and older