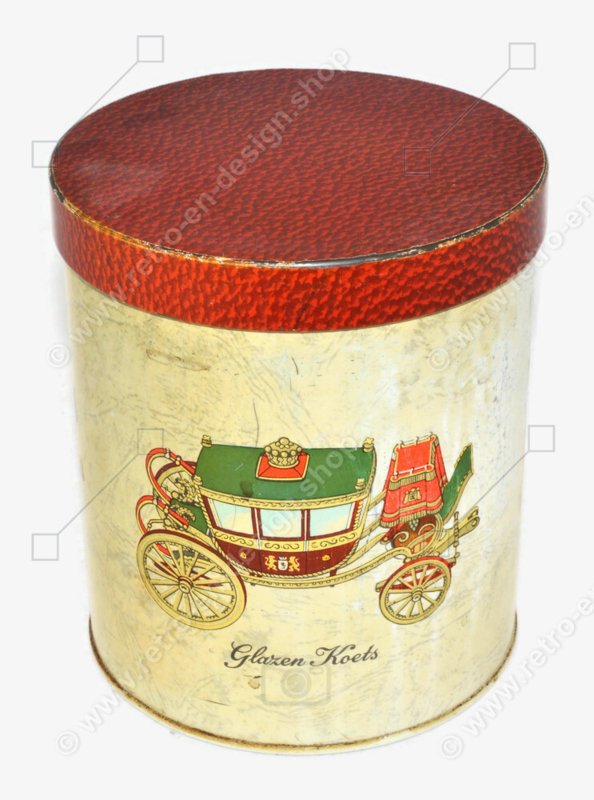 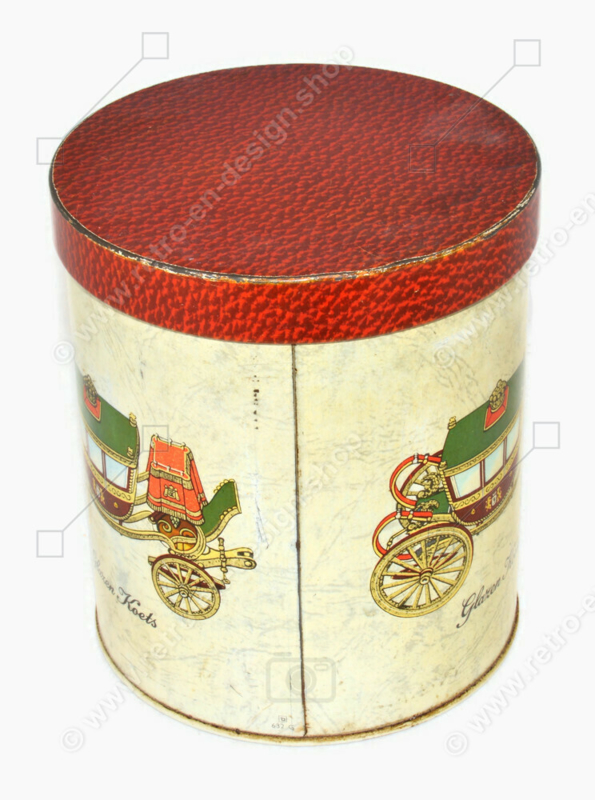 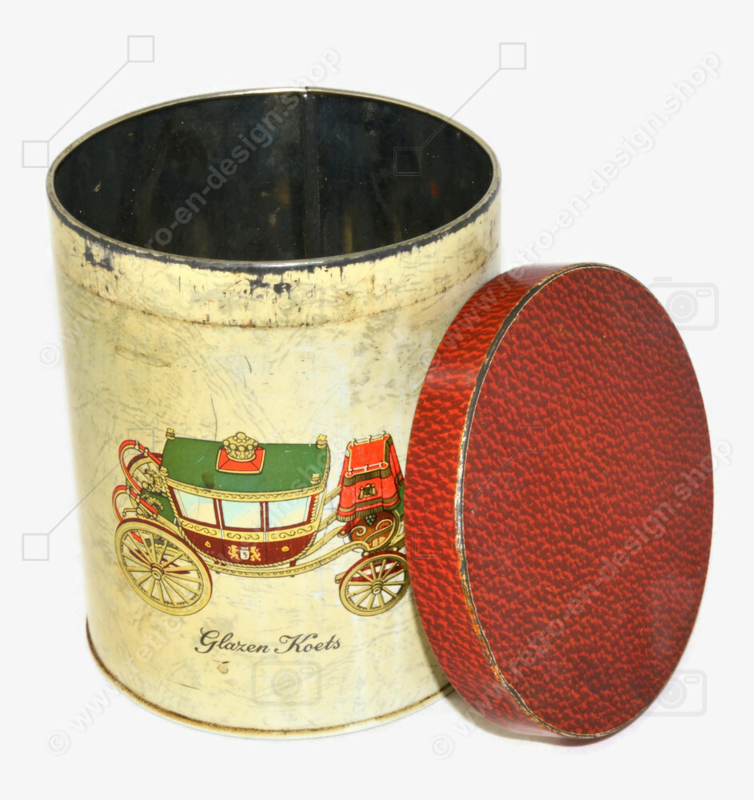 Vintage tin with an image of the Dutch Glass Coach

Vintage tin with an image of the Dutch Glass Coach.

Description
Round white tin can with a loose lid in hammered pattern. The decoration of the tin consists of a white background with a drawing in triplicate of the Glass Coach. Seamed longitudinal seam at the back.

This tin is part of a series of three tins consisting of:
- Gala Coach
- Glass Coach
- Golden Coach

Condition
This tin is in a vintage condition with traces of use and age-related traces of wear. Photos are part of description.

The Glass Coach (Glazen Koets in Dutch) is a royal carriage that was used by the Dutch royal family for special events before Queen Wilhelmina received the Golden Coach. The coach was then used only for the monarch or the parents of the bride or groom on a royal wedding day. In 2015, it started to be used more frequently for state events because the Golden Coach needed to be repaired. It is the oldest coach the Dutch Royal Family owns.

The Glass Coach was ordered in 1821 for King Willem I from coachman P. Simons in Brussels and was delivered in 1826. In the 20th century, it was only used twice. The Glass Coach's main use after Queen Wilhelmina got the Golden Coach was transporting the monarch and the parents of the groom to church on the wedding day of a Prince or Princess of Orange as the golden coach would be used for the bride and groom.

The carriage has been used for: