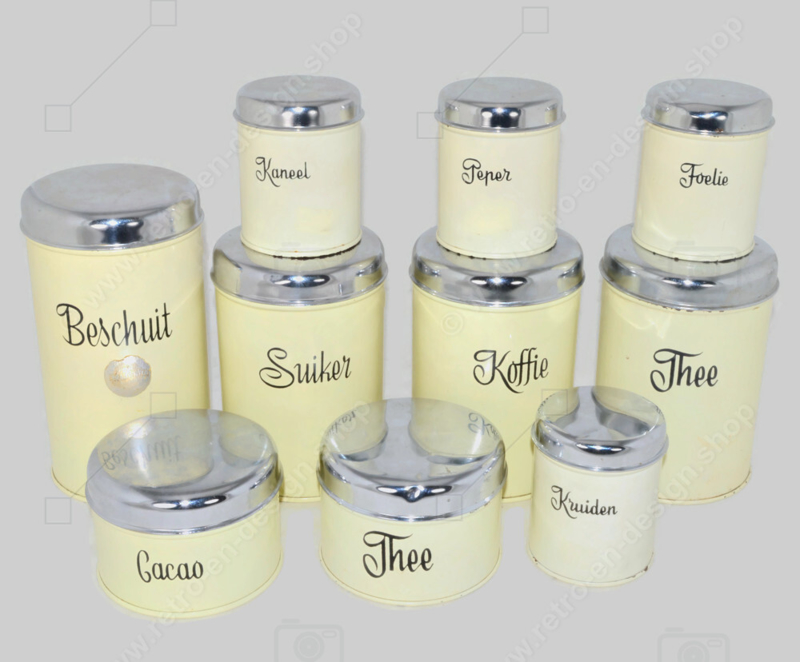 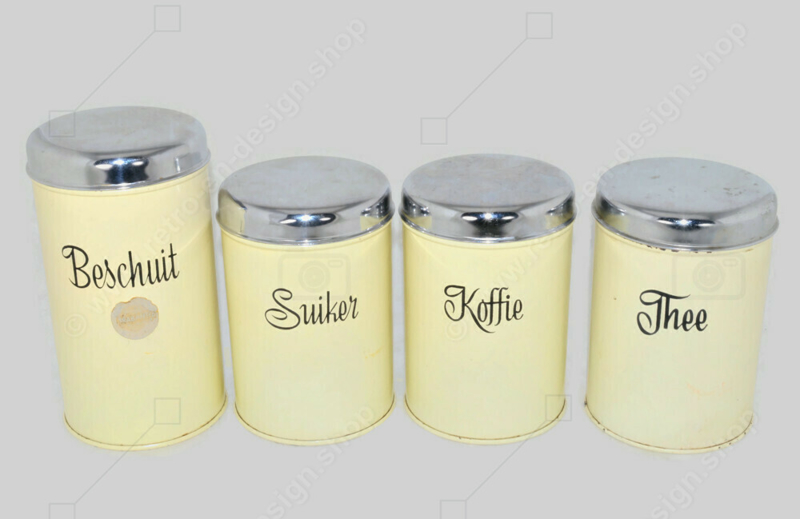 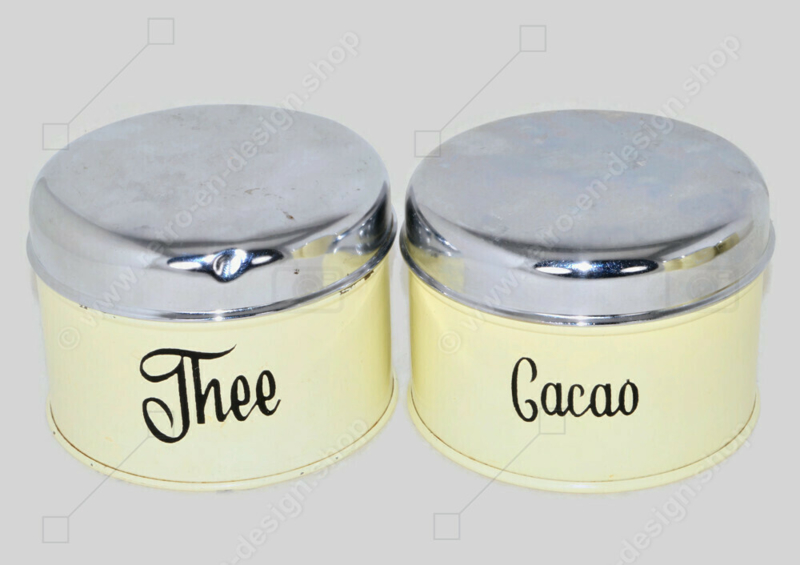 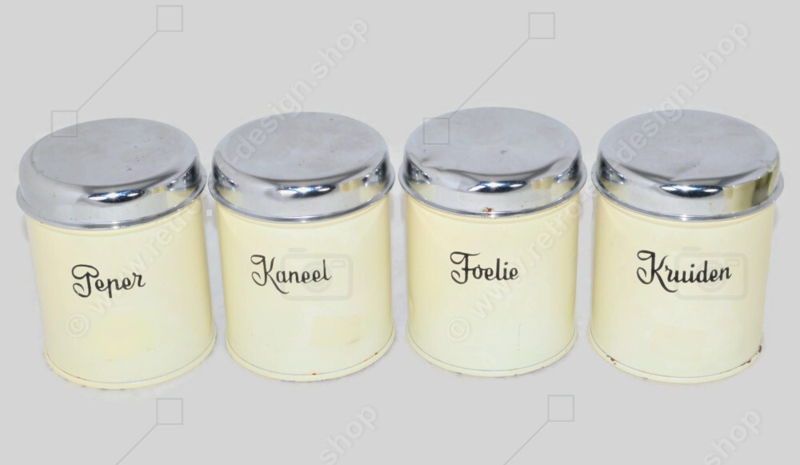 Description
Set of no less than ten tins made by Brabantia in white with inscription in black decorative letters. These tins are all equipped with a loose chrome lid. Tins have a longitudinal seam at the back.

These ten tin storage containers were manufactured by Brabantia around 1955 - 1965.

This concerns the following tins:

Marked and unmarked on the bottom. (some tins were only marked with a sticker). Clean on the inside!

Condition
These ten tin stock cans are in a good and neat vintage condition with normal traces of use and age-related traces of wear. Photos are part of the description.

Brabantia is a company founded in the Dutch village of Aalst that manufactures metal and plastic household products. Today, the head office is located in Valkenswaard, North Brabant. Production is no longer taking place in the Netherlands.

The company started in 1919 with 15 employees under the name Van Elderen & Co. It was originally a metalware company that supplied agriculture and the cigar industry: milk sieves, buckets, funnels, watering cans and cigar cans.

The company grew and in 1948 it set up a sales organization in Belgium. In 1957 a factory was opened in Valkenswaard, and in 1963 a factory was opened in Overpelt, while in 1964 the Eerste Groninger Apparaten- en Metaalwarenfabriek (EGAM) in Roden was taken over. Subsequently, sales organizations were established in France (1966), in the United Kingdom (1973) and in Switzerland (1975).

When founded in 1919, the company was called "Van Elderen & Co". After some time the name was changed to "Van Elderen's Metaalwarenfabrieken Brabantia". From about 1941 the first part of the name has been omitted, and it is only "Brabantia". "Brabantia" is the Latin word for Brabant.

Brabantia was founded in 1919 in the Dutch town of Aalst by a group of 15 people. A family business through and through. Then and now. With a firm belief in honest products, made by people with a heart for quality. Ideas focused on sustainability – designed for living.