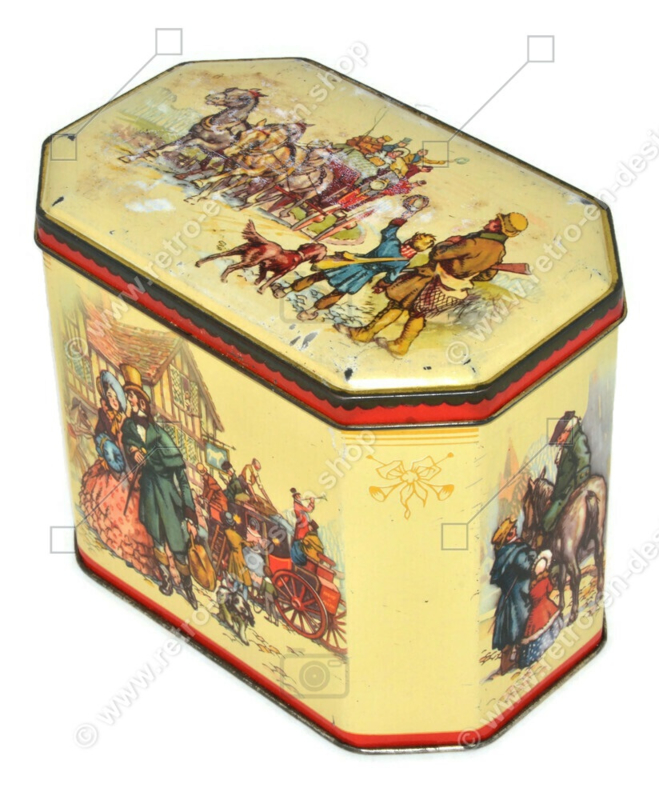 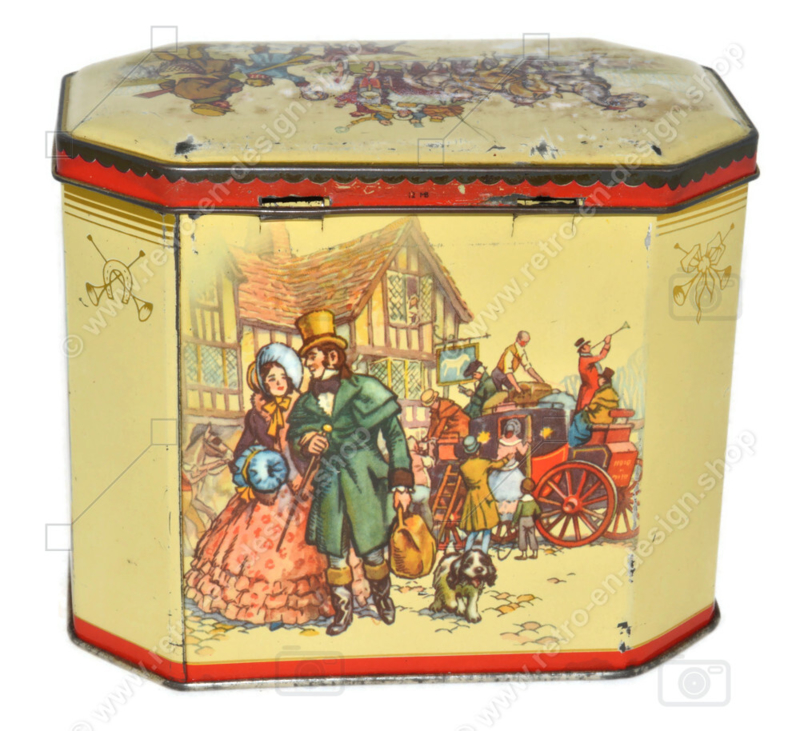 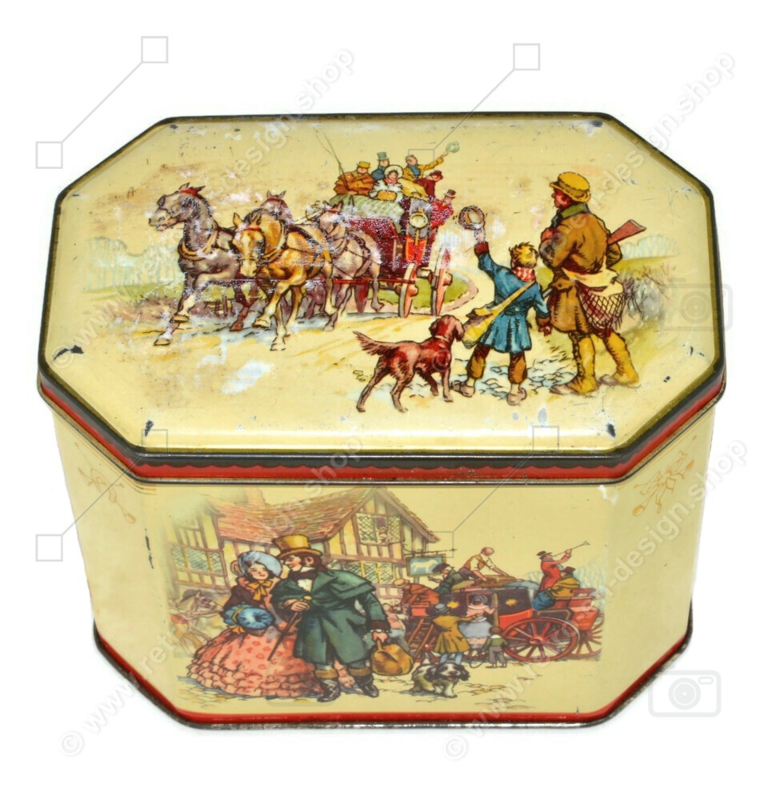 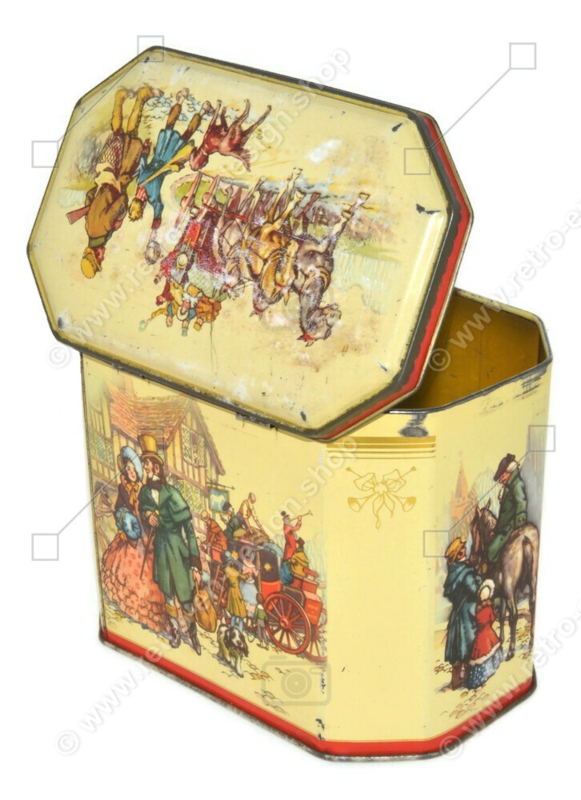 Vintage tin depicting a carriage and coachman with four horses and passengers.

Description
Vintage tin with octagonal shape or rectangular with flattened corners. This tin is equipped with a hinged lid. The decoration of the tin consists of a light yellow to cream-yellow background. With a red border on the bottom of the tin and on the lid. On the lid an image of a carriage with a coachman, passengers and a team of four horses. In the foreground is a hunter with a dog and a child.

The front and back of the can show the same carriage showing the unloading of the passengers. Dog in the foreground.

The ends of the tin show a man on horseback having a chat with a man with a child. On the flattened corners of the tin a logo of two post horns. One with a bow and the other with a horseshoe.

A carriage is a private four-wheeled vehicle for people and is most commonly horse-drawn. Second-hand private carriages were common public transport, the equivalent of modern cars used as taxis. Carriage suspensions are by leather strapping and, on those made in recent centuries, steel springs. Two-wheeled carriages are informal and usually owner-driven.

Coaches are a special category within carriages. They are carriages with four corner posts and a fixed roof.

Two-wheeled war chariots and transport vehicles such as four-wheeled wagons and two-wheeled carts were forerunners of carriages.

In the twenty-first century, horse-drawn carriages are occasionally used for public parades by royalty and for traditional formal ceremonies. Simplified modern versions are made for tourist transport in warm countries and for those cities where tourists expect open horse-drawn carriages to be provided. Simple metal sporting versions are still made for the sport known as competitive driving.

Kind of object
Vintage tin with a hinged lid