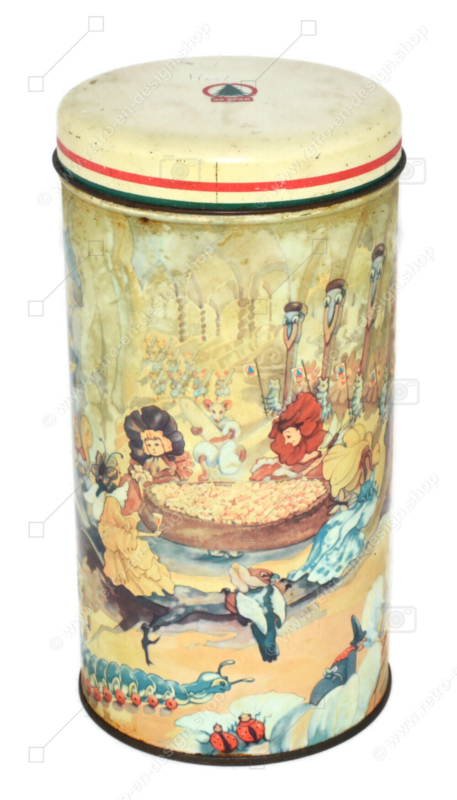 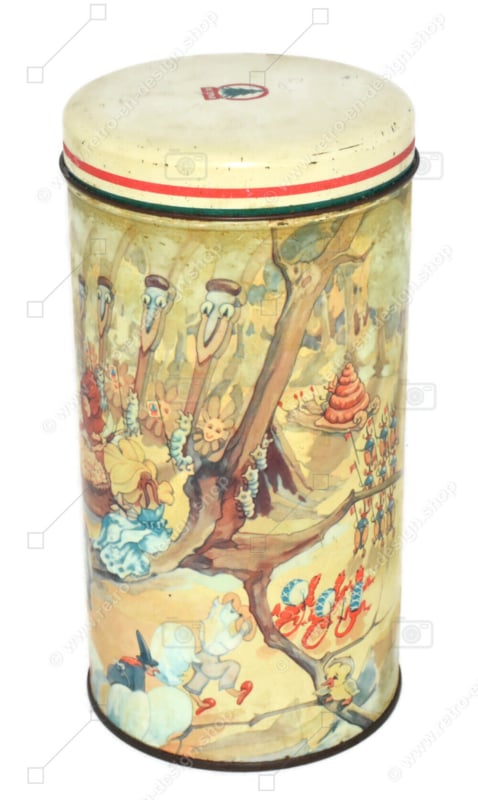 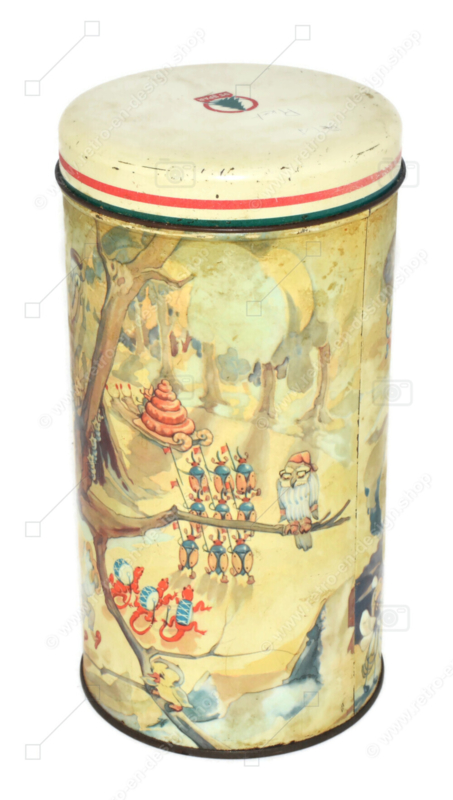 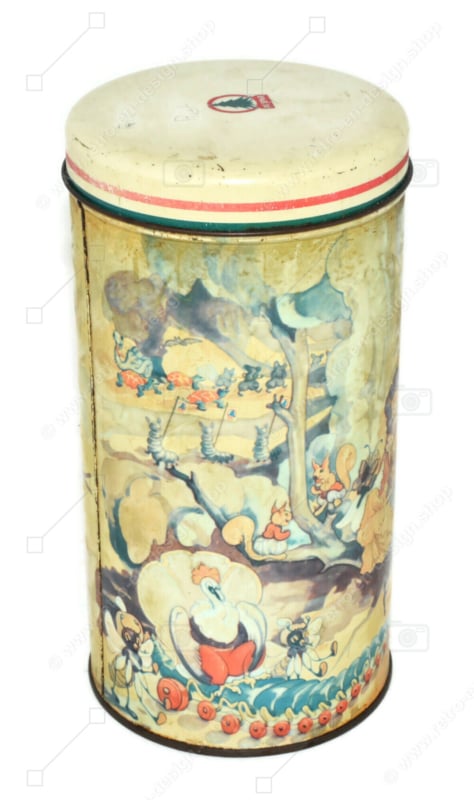 Description
Cylindrical biscuit tin in a vintage condition and equipped with a loose lid on which a green spruce is placed in a red circle with the brand name SPAR in a red rectangle.

The decoration on this biscuit tin consists of a panorama with fairy-tale characters, including animal figures, fairies and a castle.

Condition
This tin made by De Spar is in a vintage condition with traces of use and age-related traces of wear. Two names are incised on the lid. Photos are part of the description

Spar (supermarket)
Spar (marketing name SPAR) is an international chain of supermarkets, founded in 1932 in Zegwaart by Adriaan van Well. Originally, the motto of the organization was: Door Eendrachtig Samenwerken Profiteren Allen Regelmatig " (* translated: By Working Together in One Way, All Benefit Regularly), from which the acronym DE SPAR arose, later as a result of entering the international market shortened to SPAR. The grocers affiliated with DE SPAR retained their own independence and through their joint purchasing and advertising, they created their advantage.

A fairy tale, fairytale, wonder tale, magic tale, fairy story or Märchen is an instance of European folklore genre that takes the form of a short story. Such stories typically feature mythical entities such as dwarfs, dragons, elves, fairies, giants, gnomes, goblins, griffins, mermaids, talking animals, trolls, unicorns, or witches, and usually magic or enchantments. In most cultures, there is no clear line separating myth from folk or fairy tale; all these together form the literature of preliterate societies. Fairy tales may be distinguished from other folk narratives such as legends (which generally involve belief in the veracity of the events described) and explicit moral tales, including beast fables.