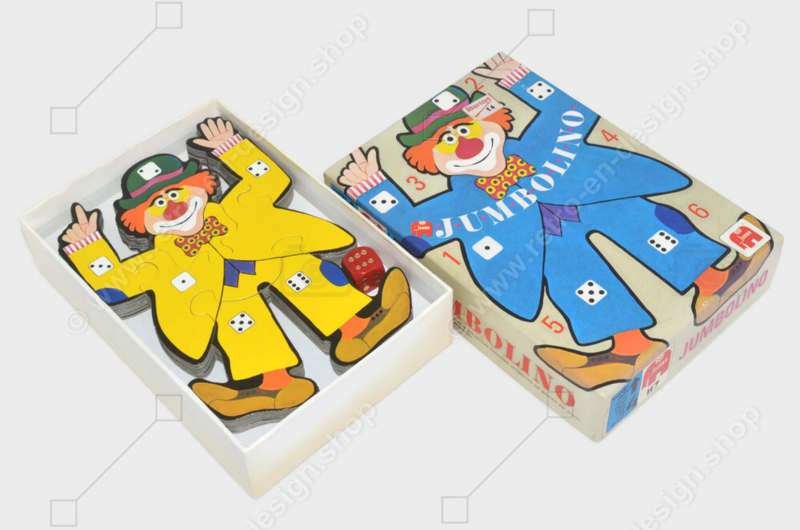 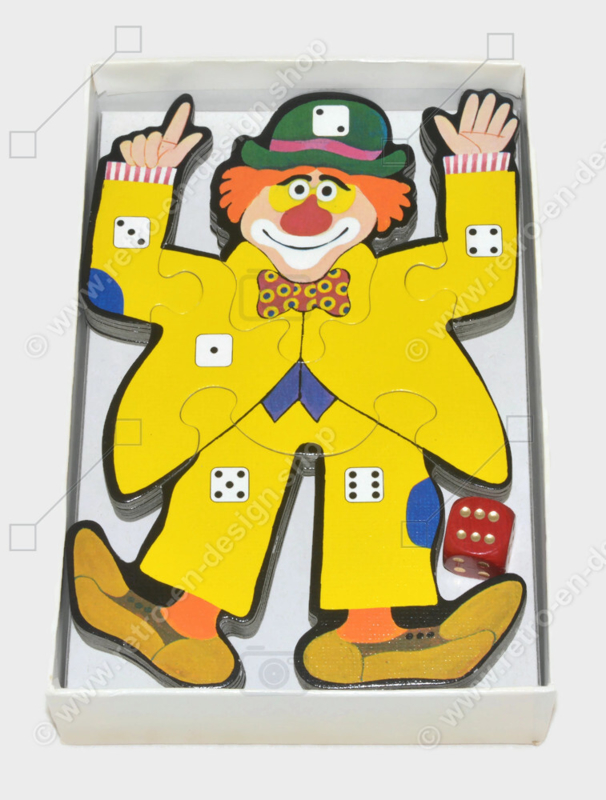 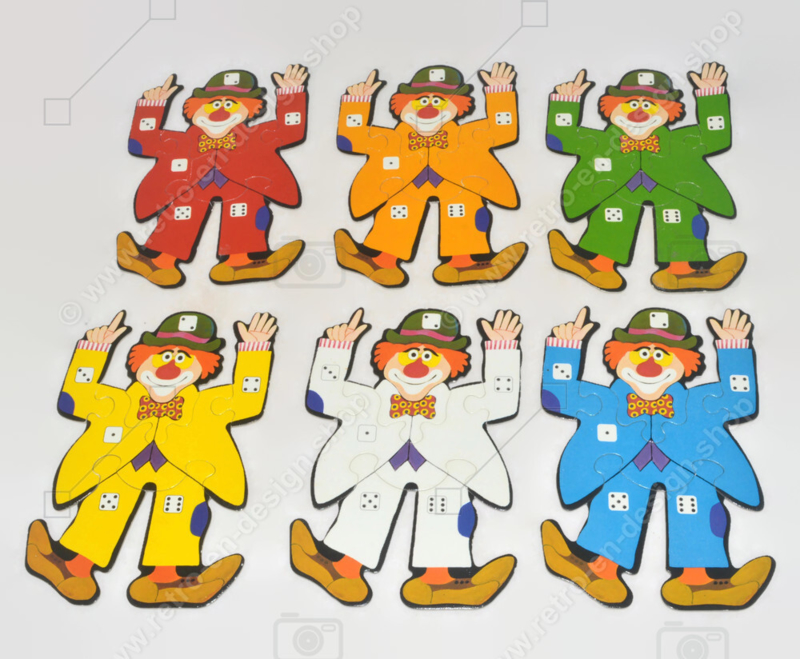 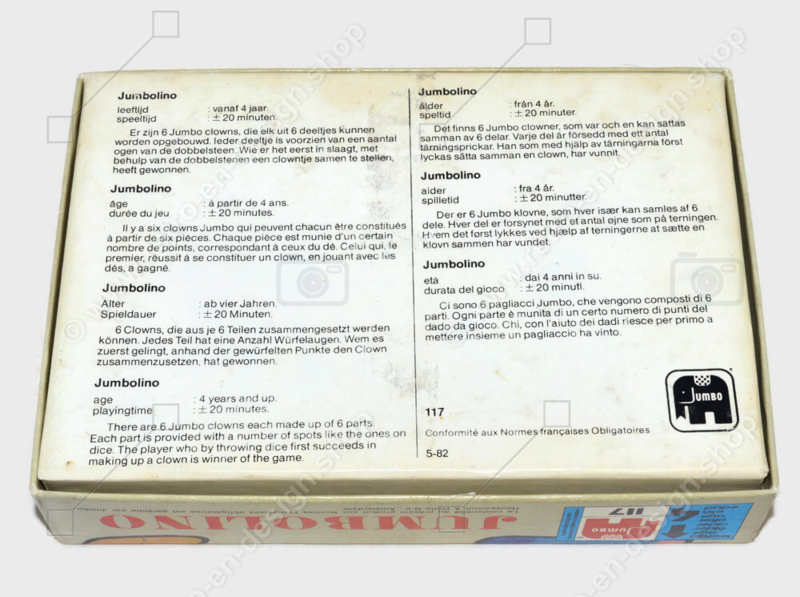 Description
There are 6 Jumbo clowns, each of which can be built from 6 parts. Each particle has a number of eyes of the dice. Whoever manages to put together a little clown first using the dice wins.

This is a puzzle game that has been released by Jumbo in many variations. A classic among toddler games.

Condition
This game is in a neat vintage condition. The box shows traces of use and age-related traces of wear. Photos are part of the description.

Jumbo has a sister organisation – Diset – which operates mainly in Southern Europe and has its headquarters in Barcelona.  Together they form the strong European toy company JumboDiset.

Number of players
For 1 to 6 players