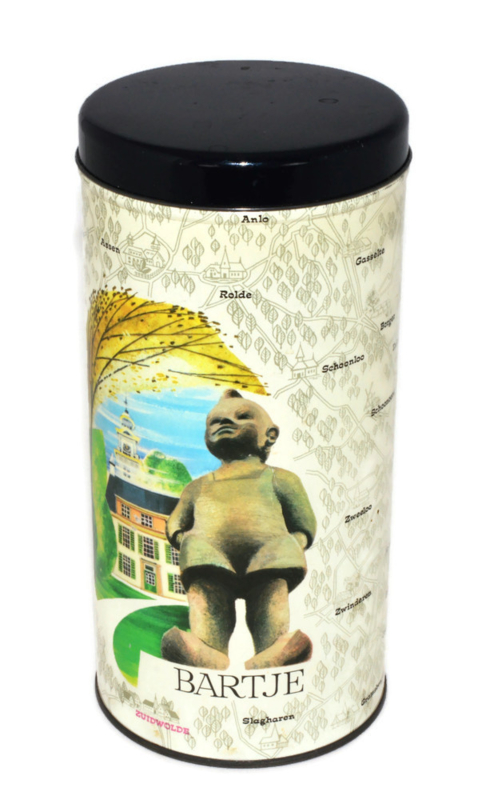 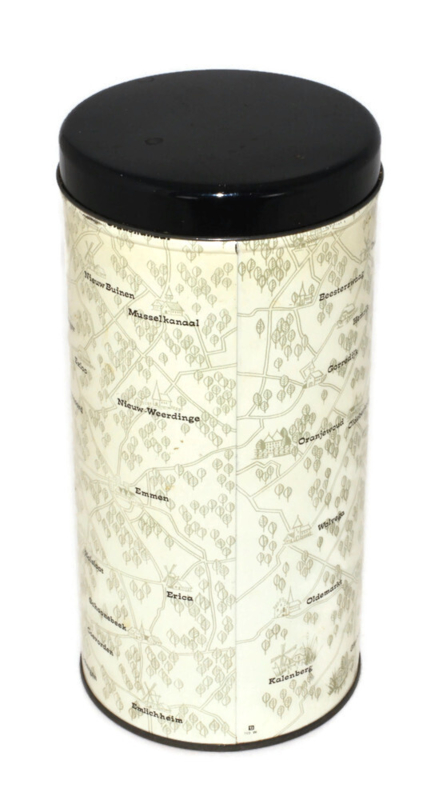 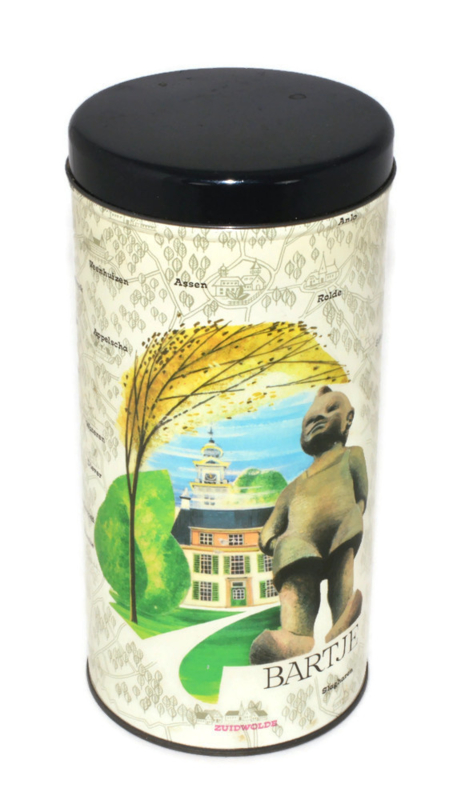 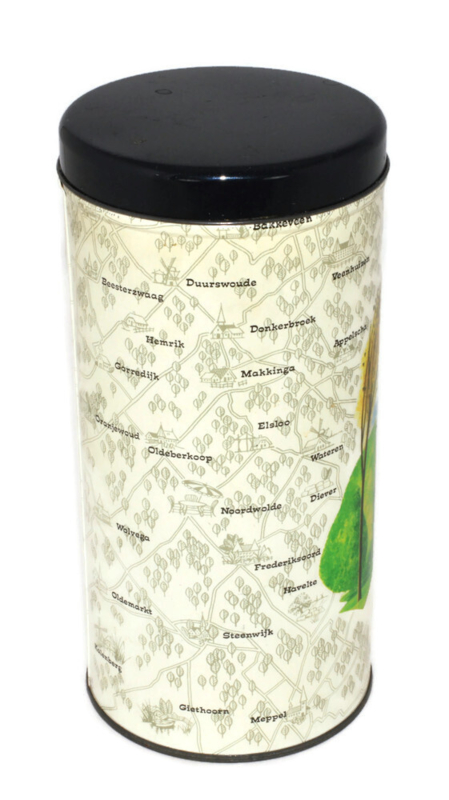 Vintage Bosscher biscuit tin from Zuidwolde with an image of Bartje

Vintage Bosscher biscuit tin from Zuidwolde with an image of Bartje

Description
Cylindrical vintage rusk tin from Bosscher rusk Zuidwolde. The can is fitted with a separate black lid. The decoration on this bus consists of a background of a stylized map showing various village names from the area. Over it is a drawn image of the statue of Bartje Bartels.

On September 4, 1954, the statue of Bartje was unveiled in the garden behind the old town hall in the centre of Assen. The statue was made by Suze Boschma-Berkhout. Because this stone statue was regularly vandalized, the sculptress made a new bronze statue in 1981. The stone version was moved to the hall of the Asser town hall. Since June 2013 it has been in the Kloostergang of the Drents Archief at the Brink in Assen. Here are also the original manuscripts of the book.

This biscuit tin is marked at the bottom with the inscription: "Bosscher Rusk Zuidwolde".

Condition
This tin biscuit tin is in a good vintage condition with normal traces of use and age-related traces of wear. Pictures are part of the description.

Bartje
Bartje Bartels is the main character from the books by Anne de Vries. It is a boy who grows up in a poor Drenthe farmworker family and who gradually wants to conform to his fate less and less. Bartje's exclamation made famous when mother serves kidney beans, and father calls to prayer: "I don't pray for brune beans" is exemplary.

Anne De Vries was a teacher in Zeist, when his youth novel "Bartje" was published in 1935 by Callenbach in Nijkerk. It was not a description of his own youth in Drenthe, but he saw many of the events and circumstances around him. He succeeds in clearly portraying the carelessness of youth; Despite the poverty and hassle of the working-class family, his protagonist undertakes usual mischiefs. The family falls to even deeper poverty when father Bartels, who revolted against his farmer, loses his job after Bartje and his brother Arie have played a trick with farmers son Sikko.

The sequel to the book Bartje is Bartje seeks happiness.

Bartje has been translated into German, Swedish, Finnish, Danish, Norwegian, Czech and Hungarian.

TV series
In 1972 Willy van Hemert adapted the stories as a drama series for television. All roles were played by native Drenthe and the dialogues conducted in the regional language with subtitles in General Dutch. The series was broadcast in seven episodes by the NCRV, starting December 26, 1972. In the summer of 1985, the series was repeated.