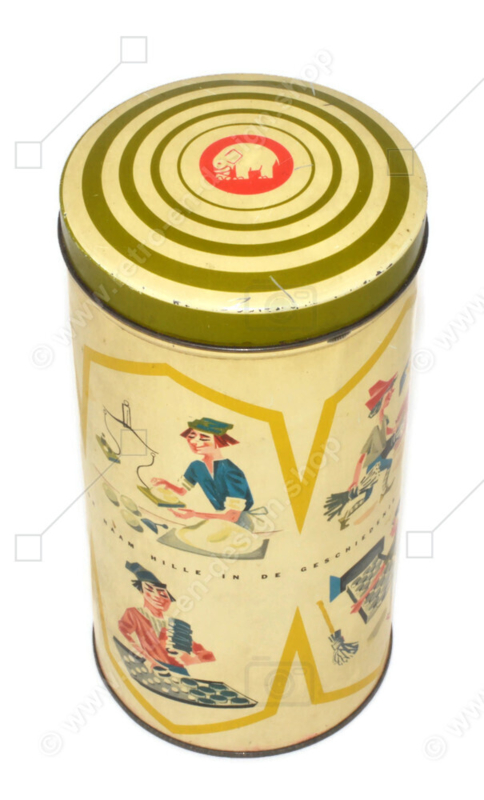 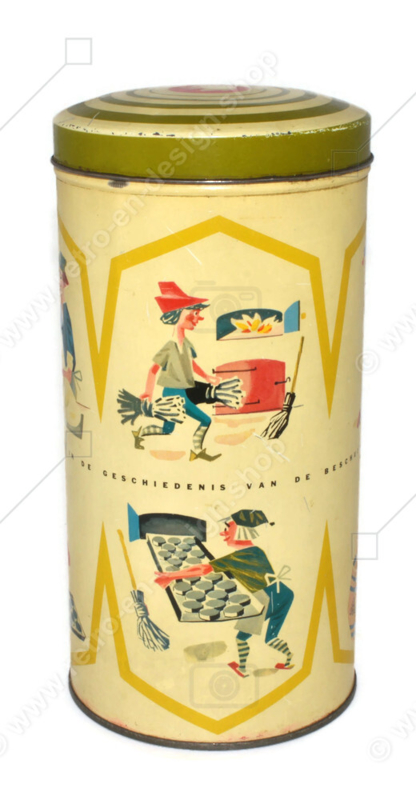 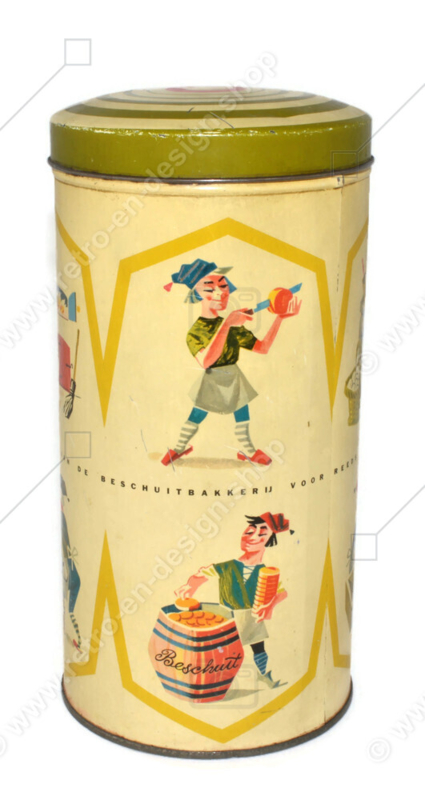 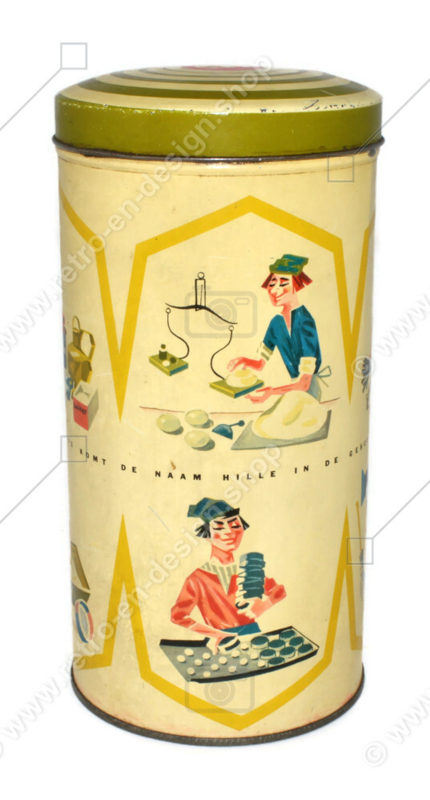 Description
Beautifully decorated vintage tin rusk from steam cake and rusk factory Hille, Zaandam. This tin is fitted with a loose lid and has a seamed longitudinal seam at the back. The decoration of this tin consists of eight drawings that show the process of the entire rusk production. The lid has the Hille logo or logo consisting of an elephant in a red circle surrounded by four green circles that become increasingly larger towards the outside.

Text around the side of the rusk tin: “As early as 1663, the name Hille appears in the history of the rusk bakery”.

Condition
This rusk tin is in a good vintage condition with normal traces of use and age-related traces of wear. Photos are part of the description.

The steam cake and rusk factory of Hille on the Oostzijde in Zaandam was founded on June 2, 1901 by the 22-year-old baker's son K. Hille from Koog. After moving to larger premises in 1905, also on the East side, a prosperous development followed. The company initially worked with convection ovens, later these were replaced by gas-fired chain ovens. In a number of respects, Hille followed the same line as Verkade. Album pictures and compilation albums were also issued, a branch was established in Amsterdam and an organization with depots was set up in a considerable number of places. The company employed more than 300 employees in the 1930s. In 1936 the founder withdrew. The company was led by a triumvirate, of which W.G. Eggers, who had been a close associate of Hille for many years, was in charge of the actual management.

The rusk was of excellent quality. Hille was the man who popularized rusk in the Netherlands. Initially as a luxury item, because the packaging in tin cans, in particular, required a lot of money, but the young manufacturer later brought this item in simple parchment paper bags, which meant that the price could be significantly reduced and the item became available to everyone. Not only in our country but also all over the world, albeit that exchange difficulties after the war severely hampered exports.

In the Second World War, the Haust toast factory was taken over. After the war, turnover did not reach the level it had reached. Around 1950, the company had 450 employees. At the end of 1960, Hille was taken over by competitor Hooimeijer.

Kind of object
Rusk tin made by Hille

Decoration
Logo with elephant - images of the rusk manufacturing process