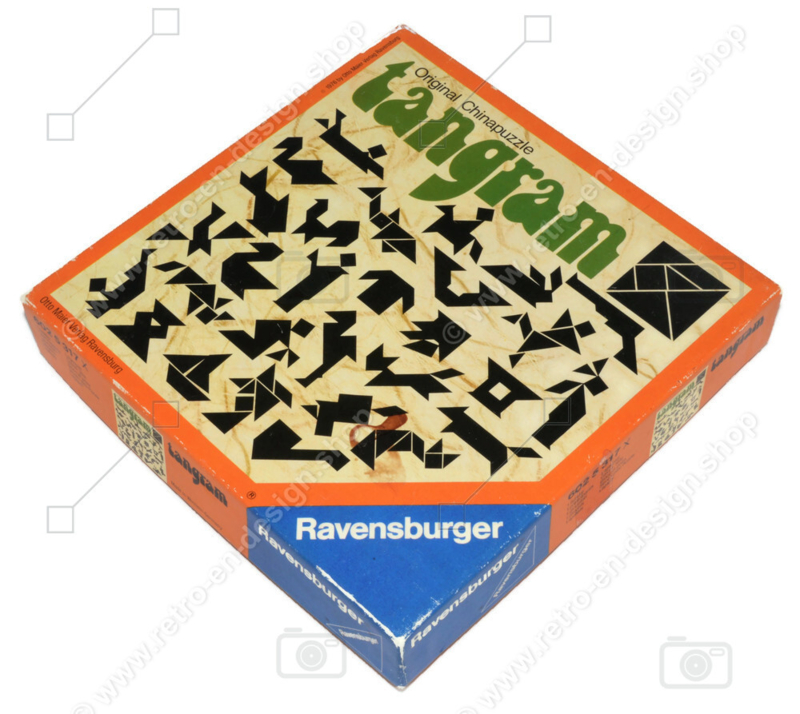 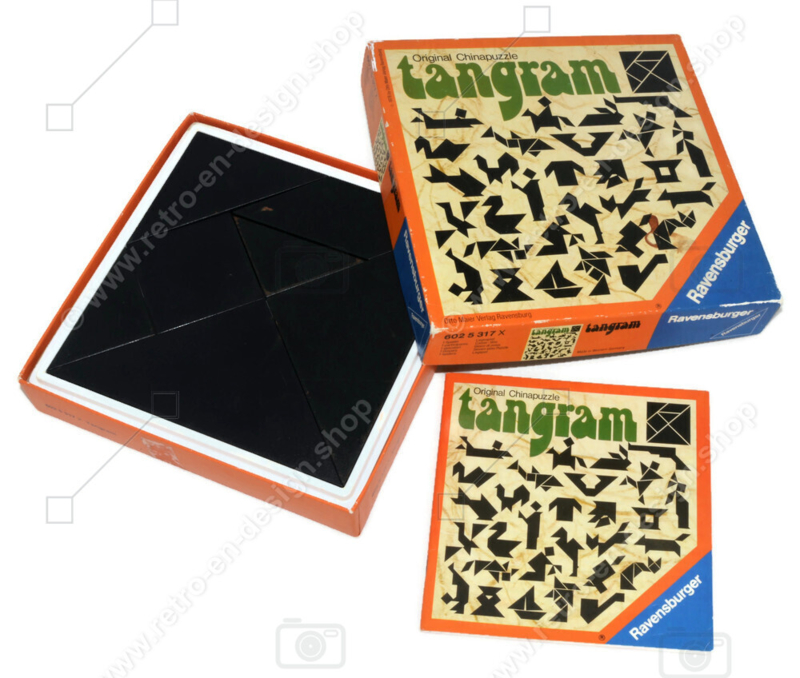 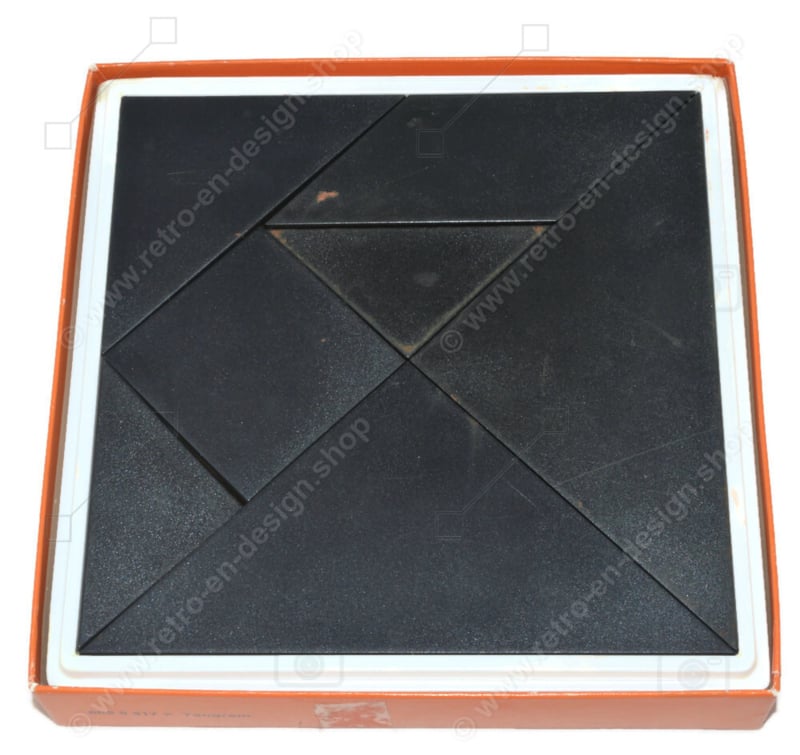 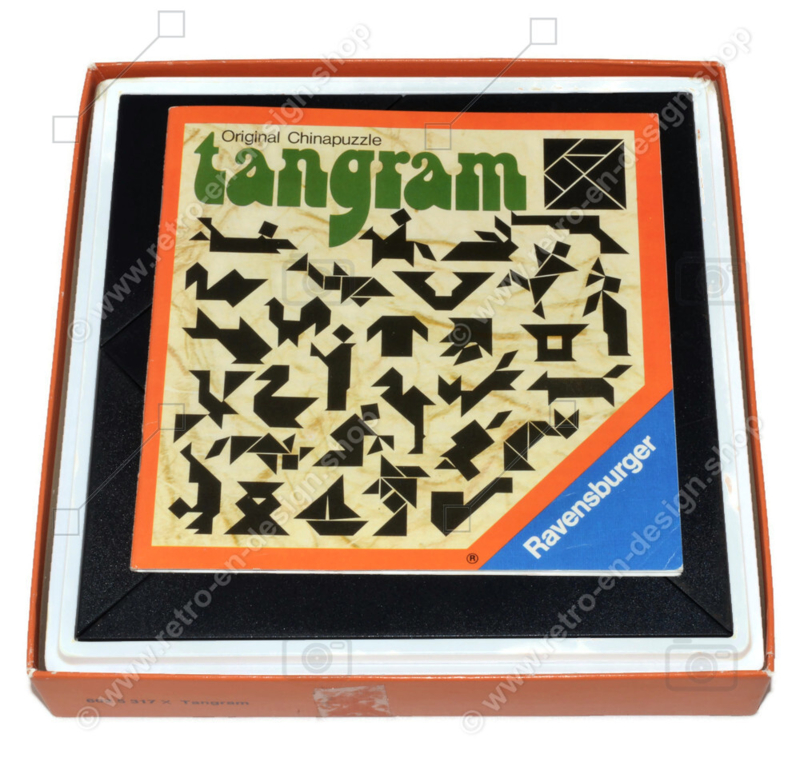 Description
Tangram occupies a very special place among the many laying games known in Europe. For example, if an ordinary puzzle is made up of a large number of pieces of different shapes and the degree of difficulty is mainly determined by the number of pieces, with Tangram the number and shape of the pieces are always the same. The game consists of 7 simple geometric shapes, which, put together in a certain way, form a square. Even putting this square together is not easy without looking at the solution on the back of the booklet.

Contents
7 forms of the classical Chinese game, a booklet with an introduction and 250 problems and solutions.

Manual in 5 languages, including;

Condition
This original vintage game is in a used condition with age-related traces of wear.

The company was founded by Otto Robert Maier with a seat in Ravensburg, a town in Upper Swabia in southern Germany. He began publishing in 1883 with his first author contract. He started publishing instruction folders for craftsmen and architects, which soon acquired him a solid financial basis. His first board game appeared in 1884, named "Journey around the world".

At the turn of the 20th century, his product line broadened to include picture books, books, children’s activity books, Art Instruction manuals, non-fiction books, reference books as well as children’s games, Happy Families and activity kits. In 1900, the Ravensburger blue triangle trademark was registered with the Imperial Patent office. As of 1912, many board and activity games had an export version that was distributed to Western Europe, the countries of the Danube Monarchy as well as Russia.

Country of origin
The Netherlands - west-Germany

Number of players
For 1 player

Particularities
Includes booklet with introduction and 250 problems and solutions