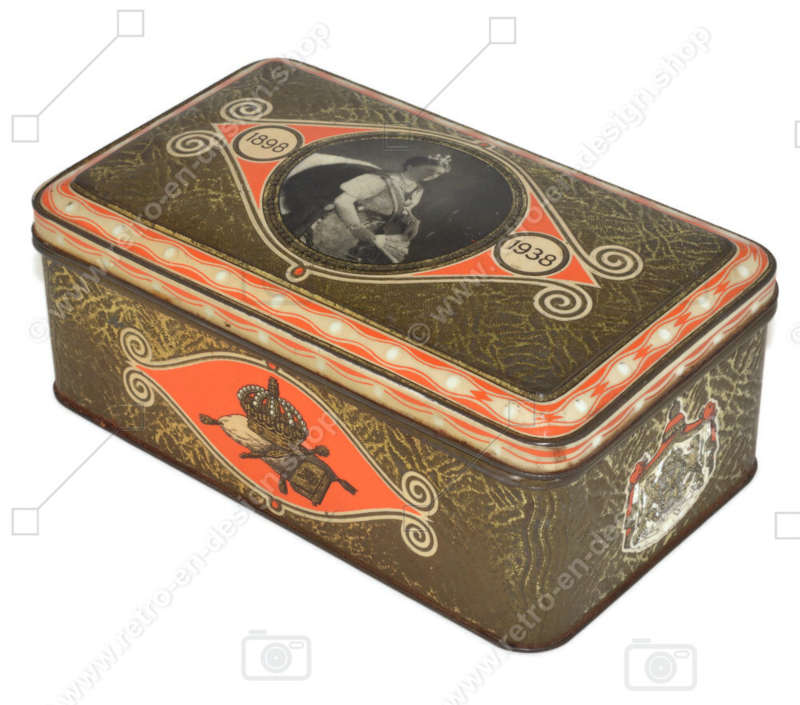 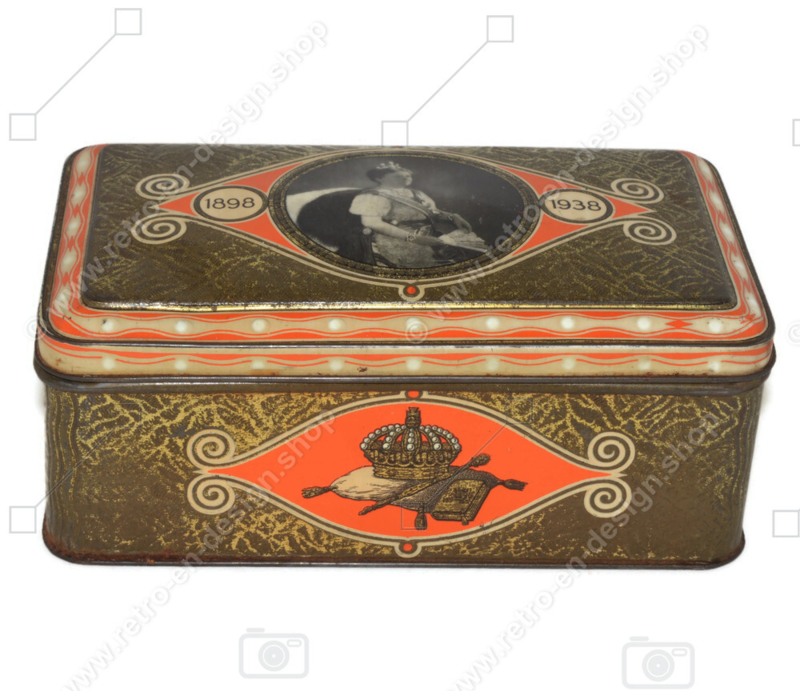 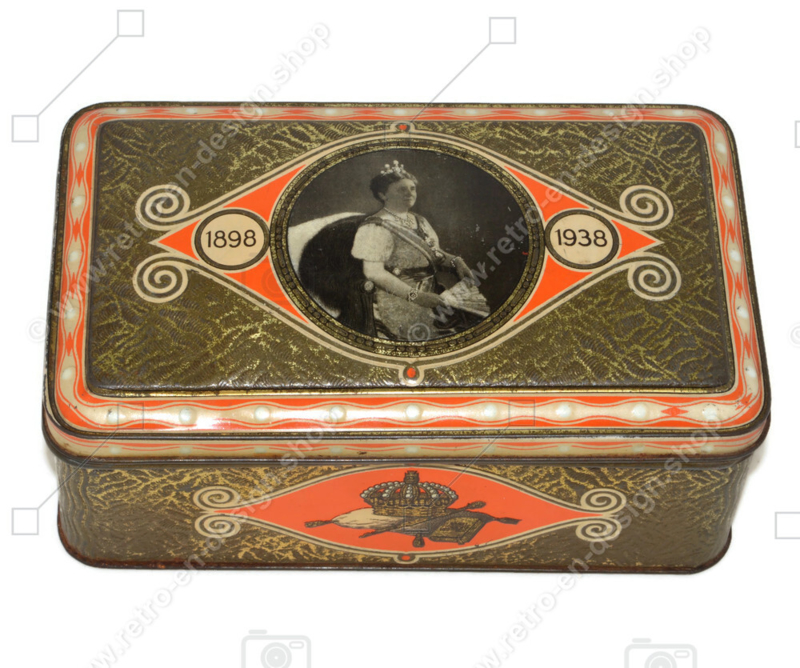 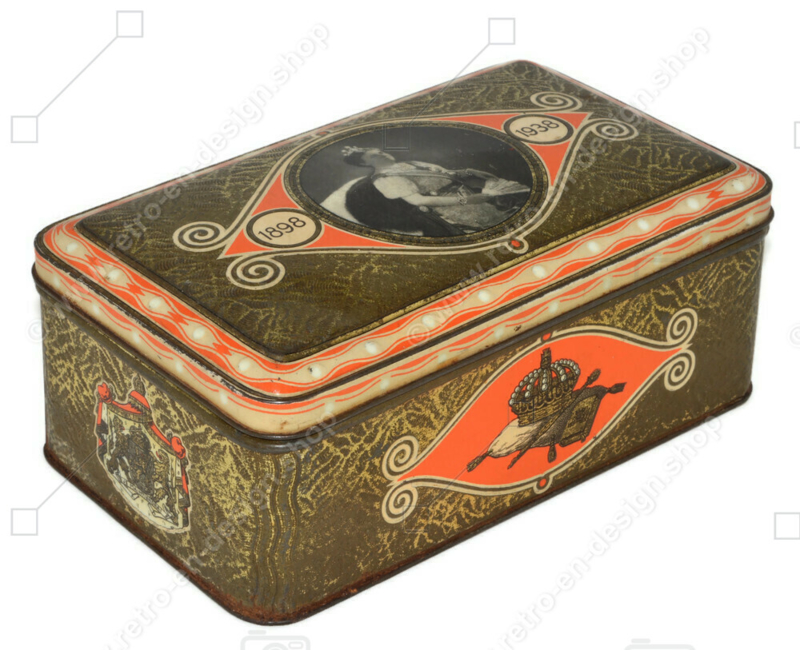 Description
Rectangular old vintage tin with hinged lid. Decorated with a gold-coloured background with relief. On the lid and the long sides an orange eye shape. With the portrait of Queen Wilhelmina on the lid. On the long sides a pillow with a crown. The Dutch coat of arms on the short sides. Lid edge cream/orange corrugated. Text: 1898 1938.

Wilhelmina was the only child of King William III and his second wife Emma of Waldeck and Pyrmont. She became heir presumptive to the Dutch throne after her half brother and great uncle had died when she was 4 years old. She became queen when her father died when she was 10 years old. As she was still a minor, her mother served as regent until Wilhelmina became 18 years old. In 1901, she married Duke Henry of Mecklenburg-Schwerin with whom she had a daughter Juliana.

She reigned for nearly 58 years, longer than any other Dutch monarch. Her reign saw World War I and World War II, the economic crisis of 1933, and the decline of the Netherlands as a major colonial power. Outside the Netherlands, she is primarily remembered for her role in World War II, in which she proved to be a great inspiration to the Dutch resistance.

Country of origin
The Nrethrerlands - Holland