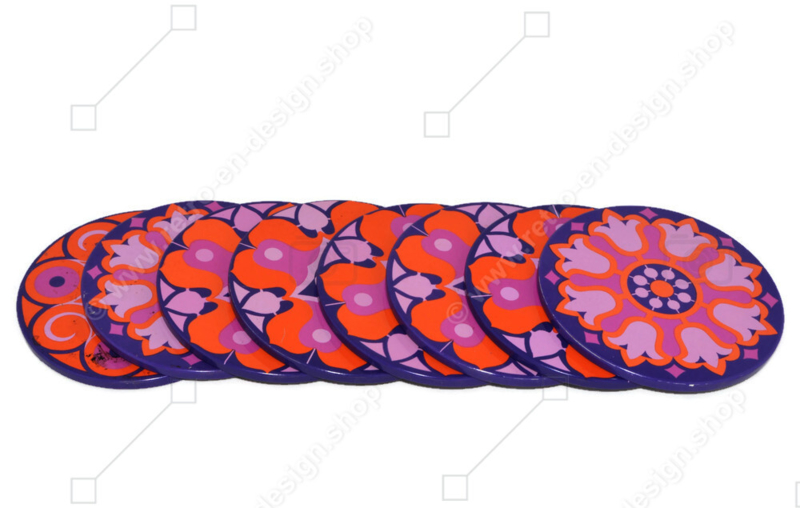 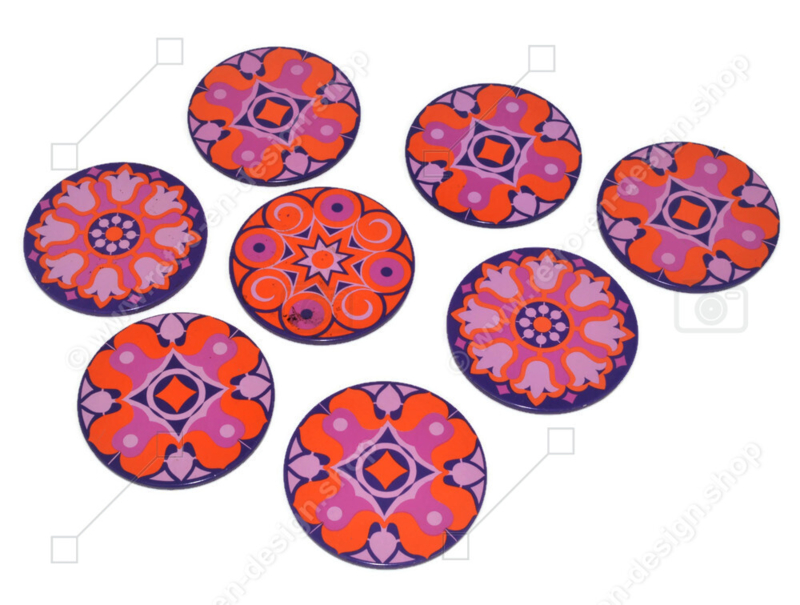 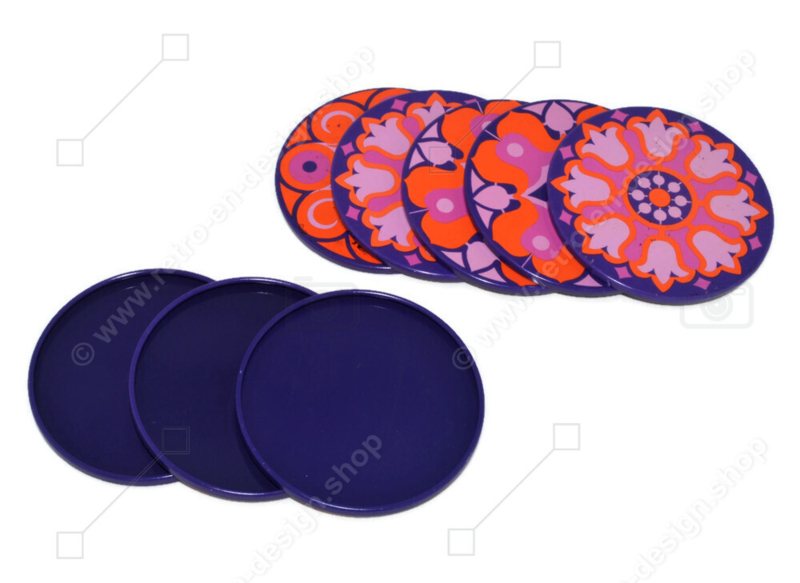 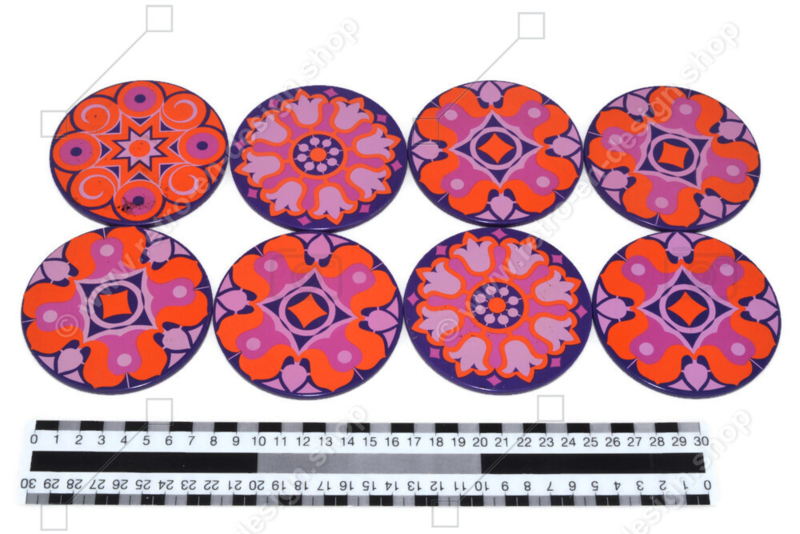 Vintage set of eight tin coasters for drinks made by Tomado

Vintage set of eight tin coasters for drinks made by Tomado

Description
This set of eight vintage tin coasters is decorated with a so-called kaleidoscopic drawing. The colour combination consists of orange, pink and purple. These coasters are made by the Dutch firm Tomado and come from the 1970s. The coasters have a sleek purple back.

Condition
This set of eight tin coasters is in vintage condition with traces of use and age-related traces of wear. Photos are part of the description.

Tomado was a Dutch company for household products, particularly in a plastic-coated wire.

Popular products mainly concerned Tomado racks made of iron wire which came in the colours white, black, red, yellow and blue, reminding us of the creations of Gerrit Rietveld and Piet Mondriaan. Very well known were the bookshelves with supports of wire steel and metal shelves in different pastel colours. These are great collector's items at this moment.

Kind of object
Tin coasters made by Tomado for drinks