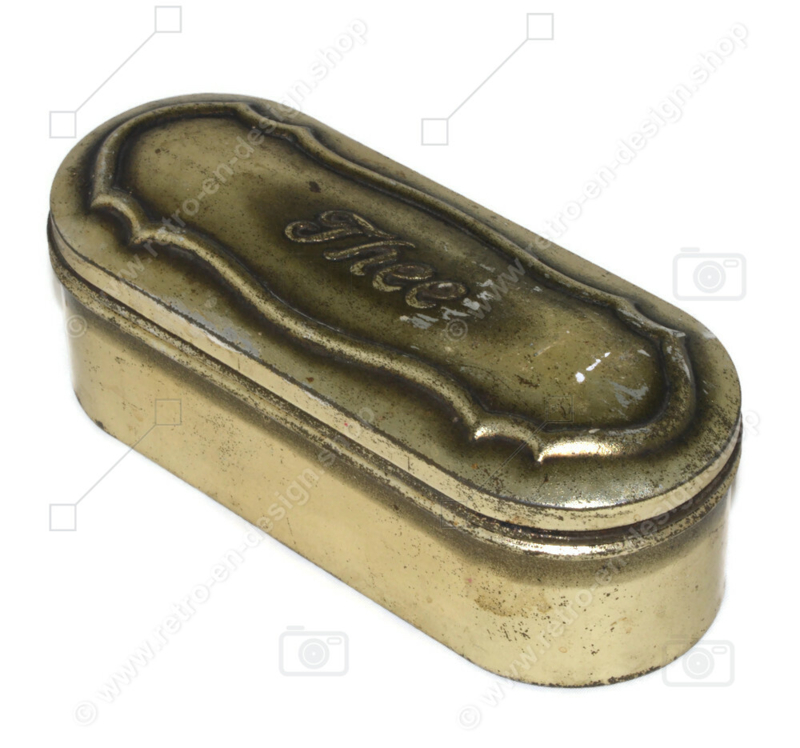 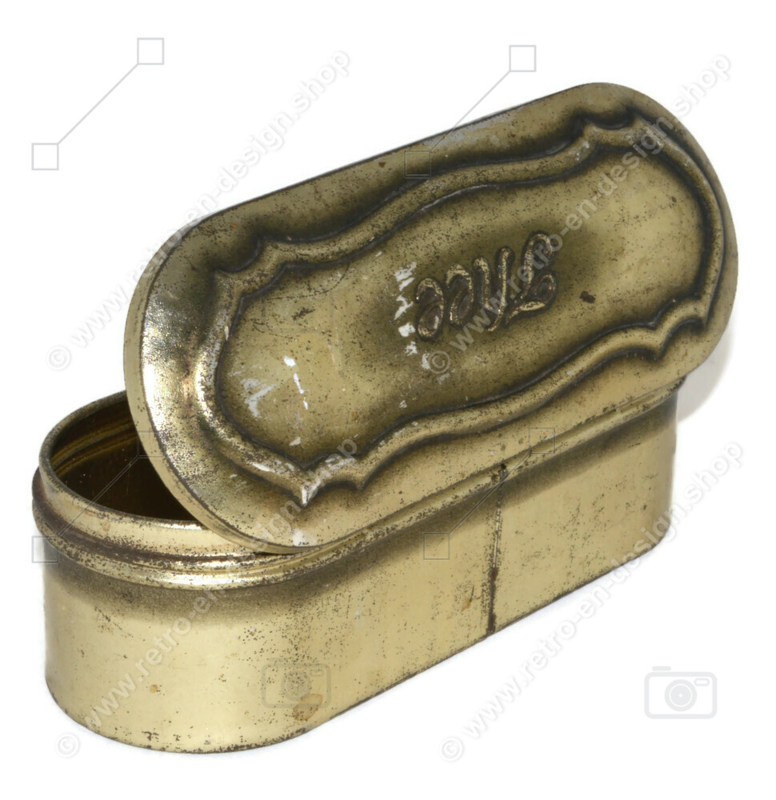 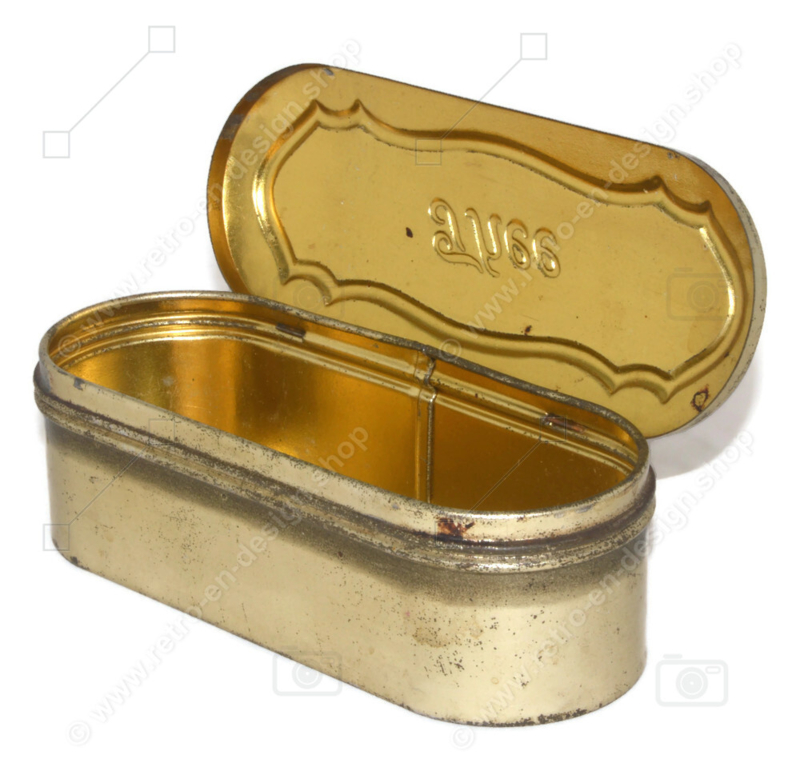 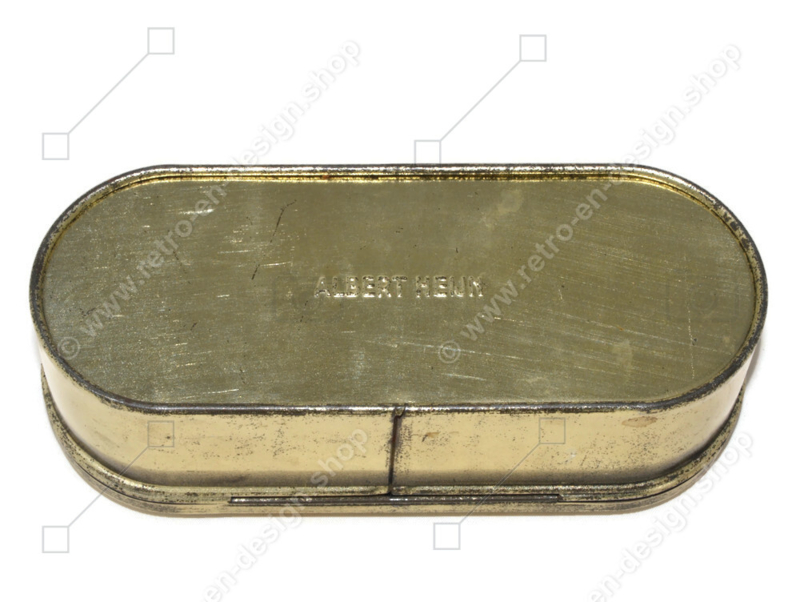 Description
Elongated oval metal-coloured tin from Albert Heijn with the text "Thee" on the lid in decorative letters. The lid is a hinged lid. The text and decorations on the lid are embossed. The can is marked Heijn on the bottom. This tin has a seamed longitudinal seam at the back.

This is one of the first tins from Albert Heijn (from 1887) in which loose tea was sold and is also suitable for storing teaspoons.

Condition
This vintage tea tin is in neat condition with normal traces of use and age-related traces of wear. Photos are part of the description.

Albert Heijn (supermarket)
Albert Heijn Sr. comes from the Oostzaan family Heijn. In 1887 he took over his grocer's shop in the Kerkbuurt van Oostzaan from his father Jan Heijn. Eight years later he opened the first branch in Purmerend and in 1899 he opened a Central Warehouse in Zaandam.

Albert Heijn sr. died in 1945 at the age of 80. Three years later, the company went public.

In 1952 Albert Heijn opened its first self-service store in Schiedam. This follows the example of Gebroeders van Woerkom, who on 26 November 1946 was the first in the Netherlands to open a self-service shop in Nijmegen following the American example.

The current Albert Heijn logo has been in existence since 1965 and is a design by James Pilditch and John Harris of trademark agency AID. Before that, the company had a logo in the 1920s in which the A and H were intertwined. At the end of the 1930s, the letters were next to each other with the slogan "for quality" below. After Albert Heijn was appointed purveyor to the royal household, the coat of arms associated with this title appeared in the logo of the supermarket chain in the 1950s. The Pilditch logo has been used since 1966, the interwoven A and H in blue.