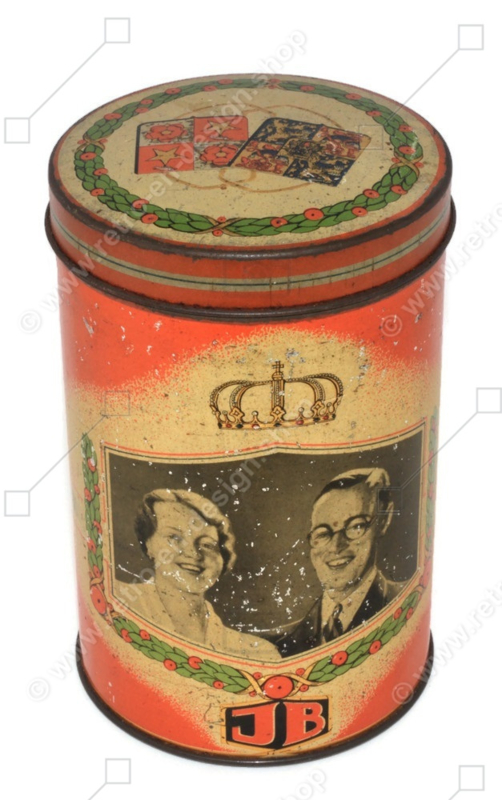 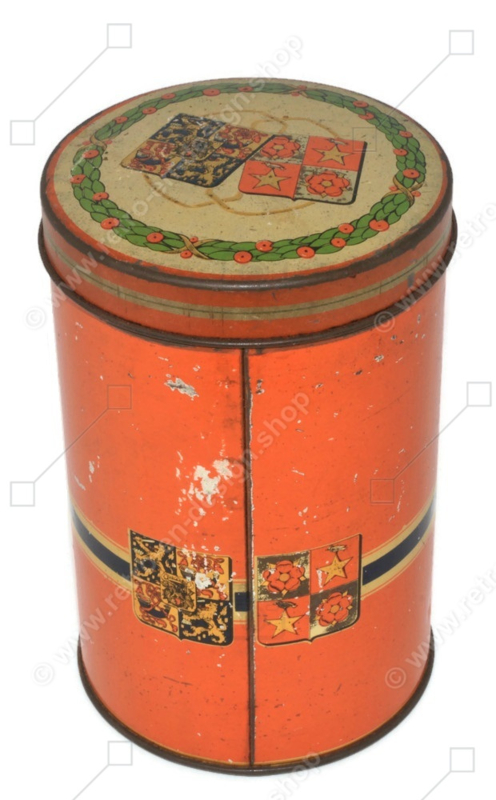 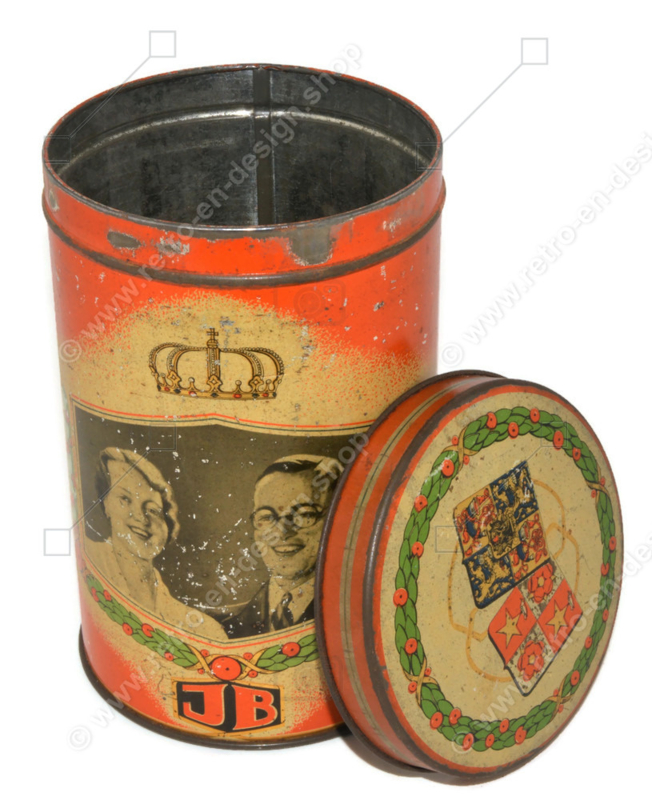 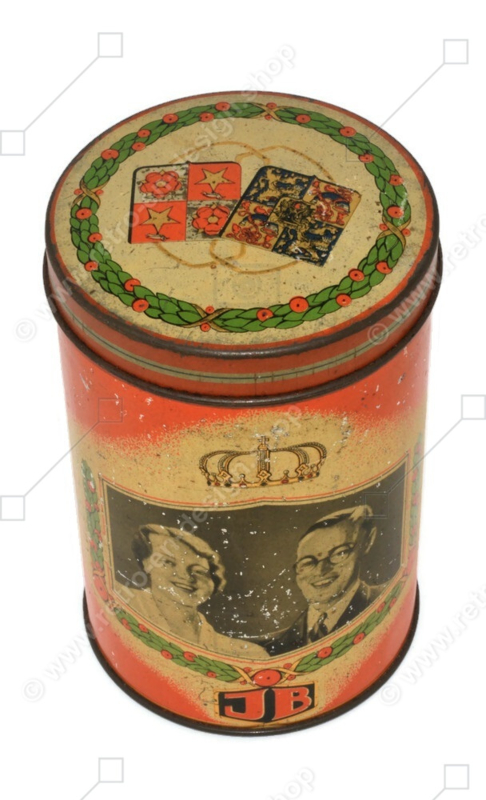 Rusk tin on the occasion of the engagement between Juliana and Bernard, Heidelberg 1936

Rusk tin on the occasion of the engagement between Juliana and Bernard, Heidelberg 1936

Description
Orange coloured tin rusk tin on the occasion of the engagement between Juliana and Bernard. This bus is equipped with a loose lid with two coats of arms on it. The decoration of the tin also consists of a portrait of Princess Juliana and Prince Bernhard on the front in black and white. Above the portrait is a gold crown and at the bottom the initials J.B.

Also on the back of the bus are the two coats of arms. The coat of arms of Princess Juliana and Prince Bernhard of Lippe-Biesterfeld.

Both the edge of the lid and the frame of the portrait are decorated with a garland of leaf green and apples of orange.

Condition
This rusk tin is in a good vintage condition with normal traces of use and age-related traces of wear. Photos are part of the description.