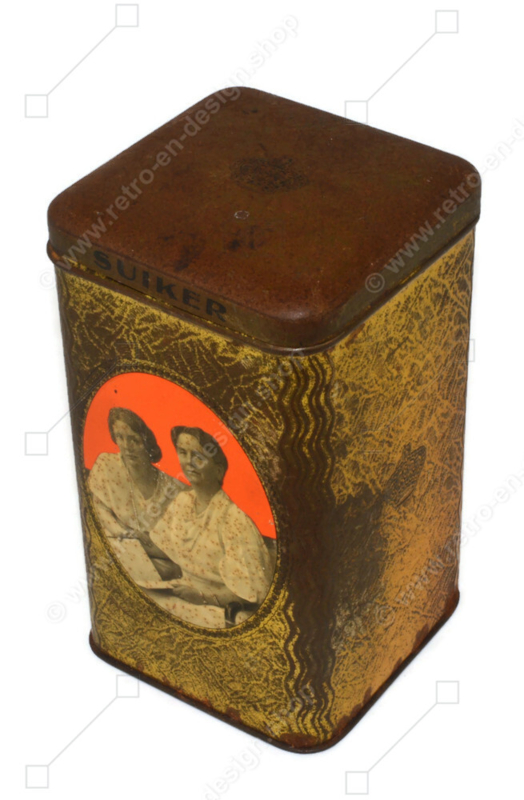 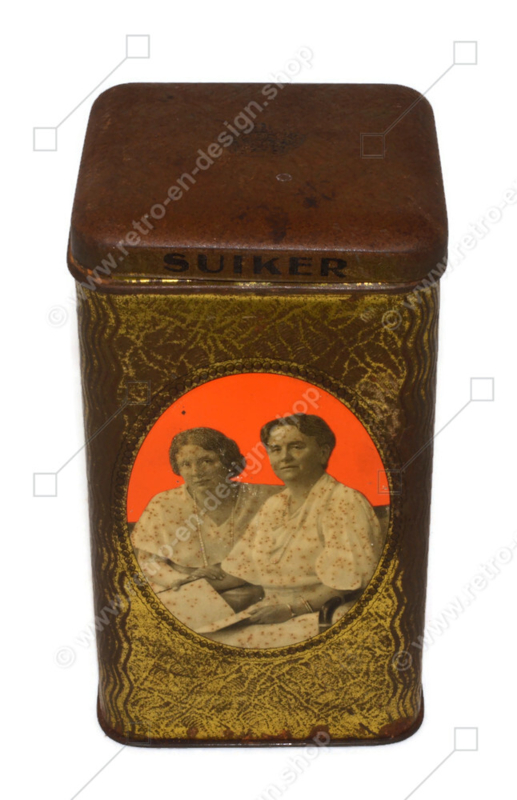 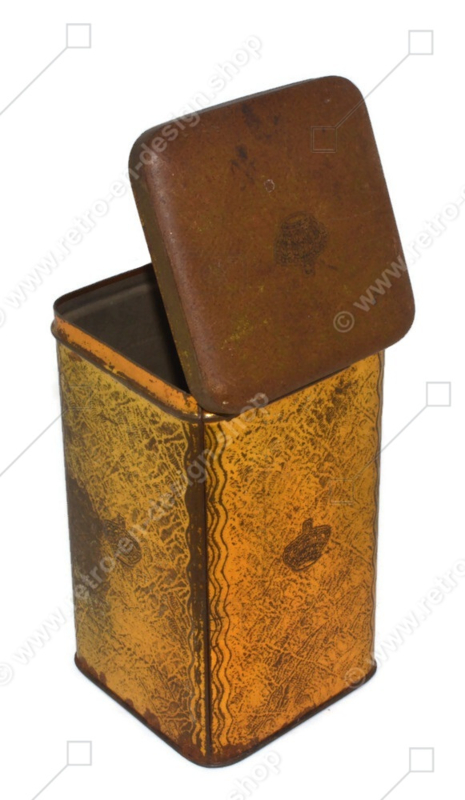 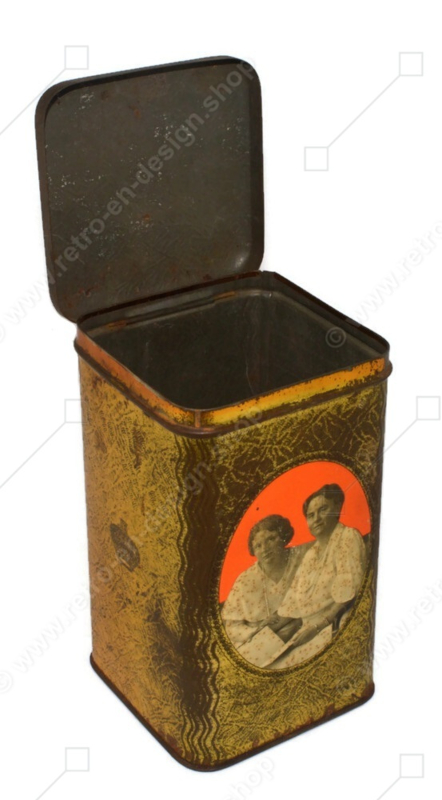 Description
Rectangular gold-coloured sugar canister with rounded corners and a hinged slightly convex lid. The decoration of this tin consists of embossed decorations. On the front is a portrait in orange and white of Juliana and Wilhelmina sitting on a couch. Wilhelmina has a book in her hands. There is a crown on the lid and the other sides. The corners of the tin are decorated with wavy lines. SUGAR is written on the edge of the lid at the front.

Condition
This tin is in a vintage condition with traces of use and age-related traces of wear. The lid on top has lost its gold colour. Photos are part of the description.