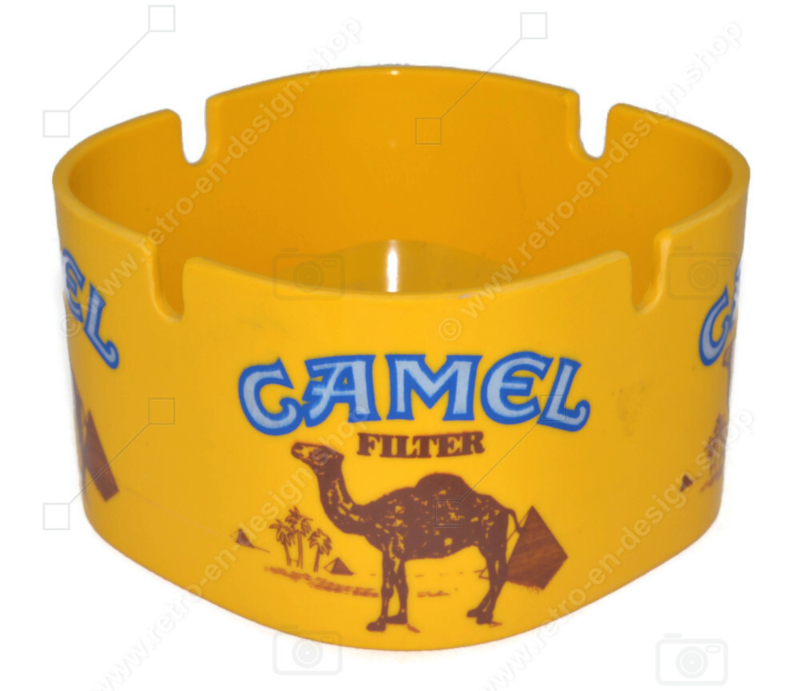 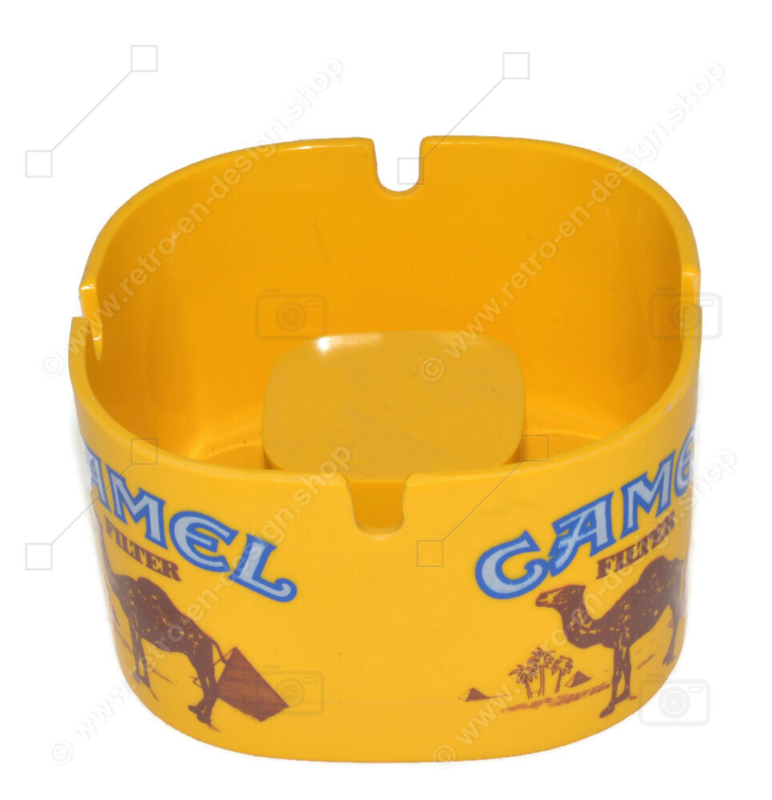 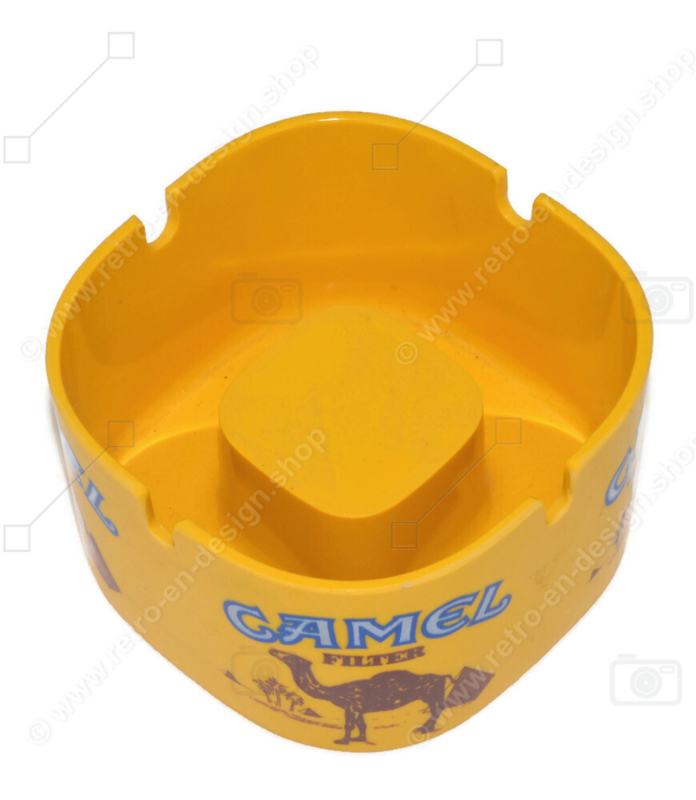 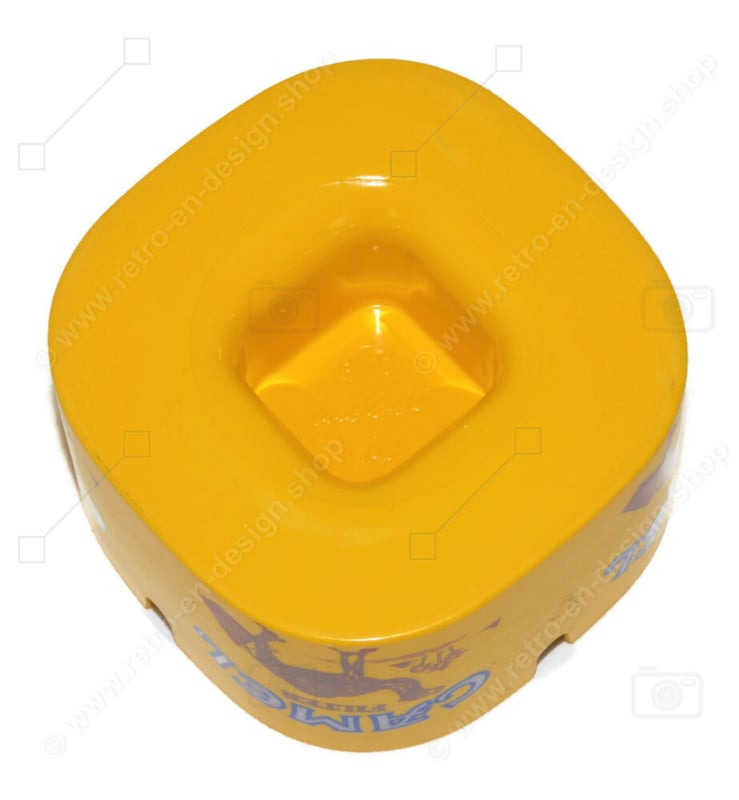 They are becoming rarer... Ashtrays!

Description
This is a beautiful vintage item from the 1970s by the brand 'Camel'. Hard plastic ashtray of melamine in the color yellow with brown camel and blue brand name. In the middle of the ashtray is an elevation to put out the butt. Square model with rounded corners. Marked on the bottom with "Webel Italy".

Equipped with four openings for placing the cigarette.

Condition
This plastic ashtray of the brand Camel is in a neat vintage condition with normal traces of use and age-related traces of wear. Photos are part of the description.

Camel is a brand of cigarettes that was introduced by American company R.J. Reynolds Tobacco in 1913. Most current Camel cigarettes contain a blend of Turkish tobacco and Virginia tobacco. Winston-Salem, North Carolina, the city where R.J. Reynolds was founded, is nicknamed "Camel City" because of the brand's popularity.

In 1913, R.J. Reynolds innovated the packaged cigarette. Prior cigarette smokers rolled their own, which tended to obscure the potential for a national market for a pre-packaged product. Reynolds worked to develop a more appealing flavor, creating the Camel cigarette, so named because it used Turkish tobacco in imitation of then-fashionable Egyptian cigarettes. Reynolds priced them below competitors, and within a year, he had sold 425 million packs.

Camel cigarettes were originally blended to have a milder taste than established brands. They were advance-promoted by a careful advertising campaign that included "teasers" simply stating "the Camels are coming" (a play on the old Scottish folk song, "The Campbells Are Coming"). This marketing style was a prototype for subsequent attempts to sway public opinion into backing the United States' entry into World War I, and later World War II. Another promotion was 'Old Joe', a circus camel driven through towns used to attract attention and distribute free cigarettes. The brand's slogan, used for decades, was "I'd walk a mile for a Camel!"