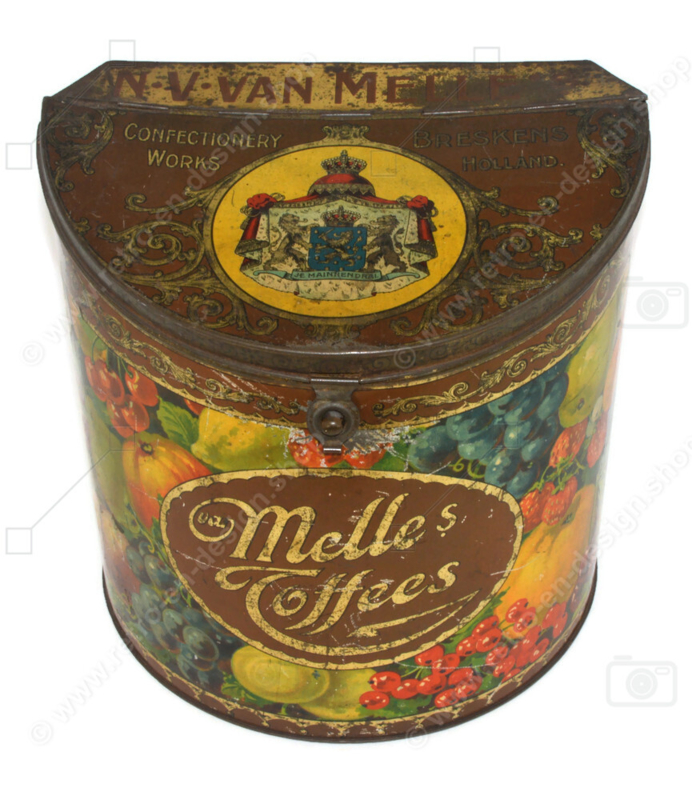 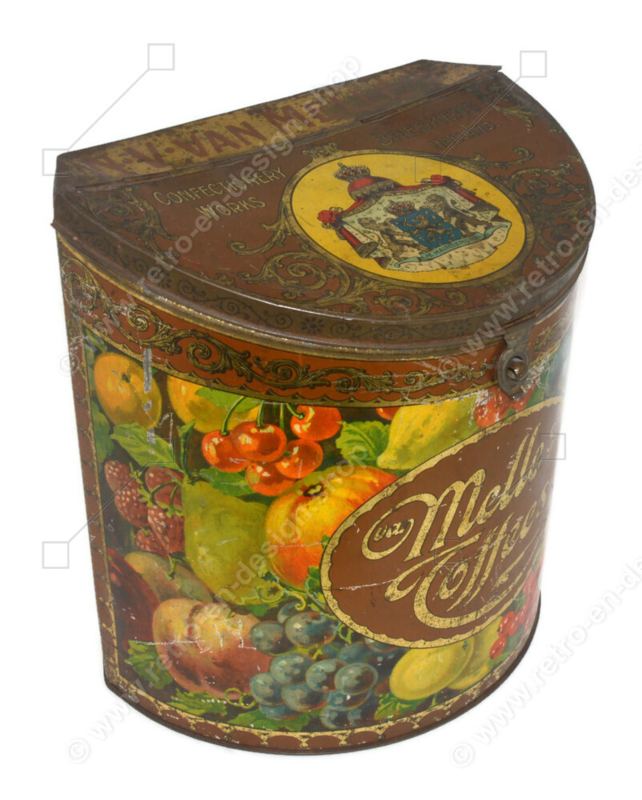 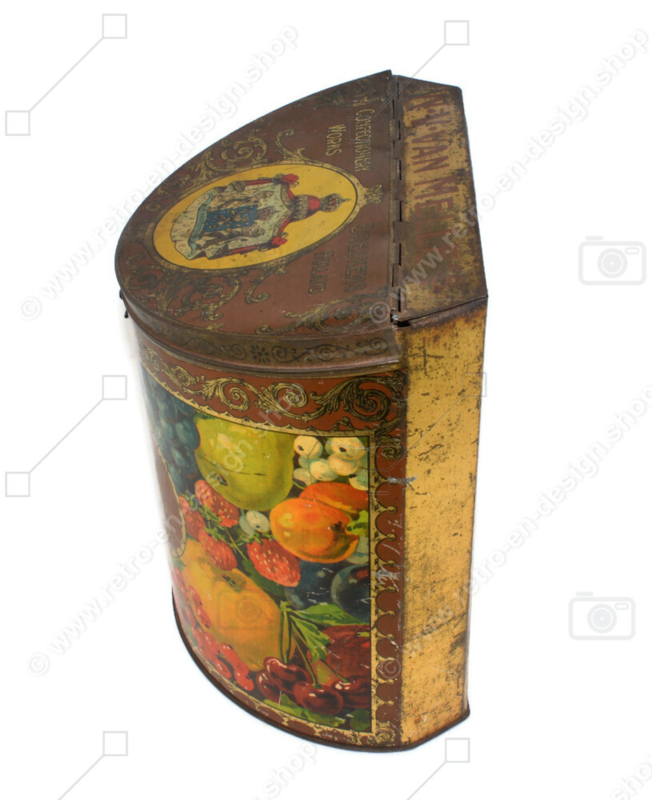 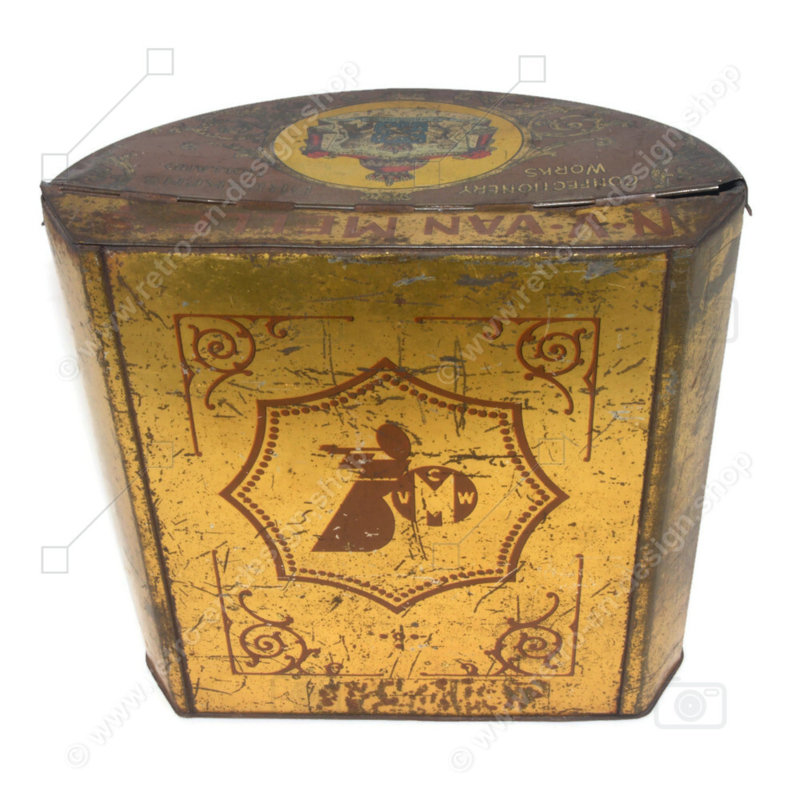 Description
High semi-circular counter shop tin with a straight back and a hinged lid and lock. The sloping, hinged lid has a latch that closes over a cam on the can. The lid has a brown ground with the royal supplier's coat of arms. On the front, the tin is richly decorated with all kinds of fruit, with a gold-rimmed oval with a brown surface and golden letters in the middle.

On the flat back wall is the logo of Van Melle with the smoking fisherman and the letters vMcw (van Melle confectionary works), which was designed in 1925 on the occasion of the company's 25th anniversary. The lid has a pin hinge across the entire width.

This tin can be closed with a padlock (not included).

Condition
This shop counter tin for Van Melle toffees is in a vintage condition with traces of use and age-related traces of wear. Photos are part of the description.

Van Melle started around 1840 as a bakery in Breskens. Melle started making 'sugar balls' in the mid-19th century. A candy that his Flemish servant taught him. The balls are proving extremely popular when candy is an unprecedented luxury for most people. In 1900 Izaak van Melle also started producing these by machine. Around 1920, Izaak's brother Dirk-Machiel started a factory for biscuits and waffles, including the Mariakaakje.

Recipes were sought internationally and from 1926 toffees were produced, as well as the fruit caramel and peppermint caramel were introduced from Poland. These candies are still popular worldwide under the names Fruittella and Mentos.

The company found markets far beyond the borders and in 1935 even the first company aircraft in the Netherlands, "de dubbele Arend", was purchased. However, on September 11, 1944, Breskens was heavily bombed by the Allies, during which the factory was also destroyed. Production was restarted in Rotterdam in 1946.

Decoration
All kinds of fruit