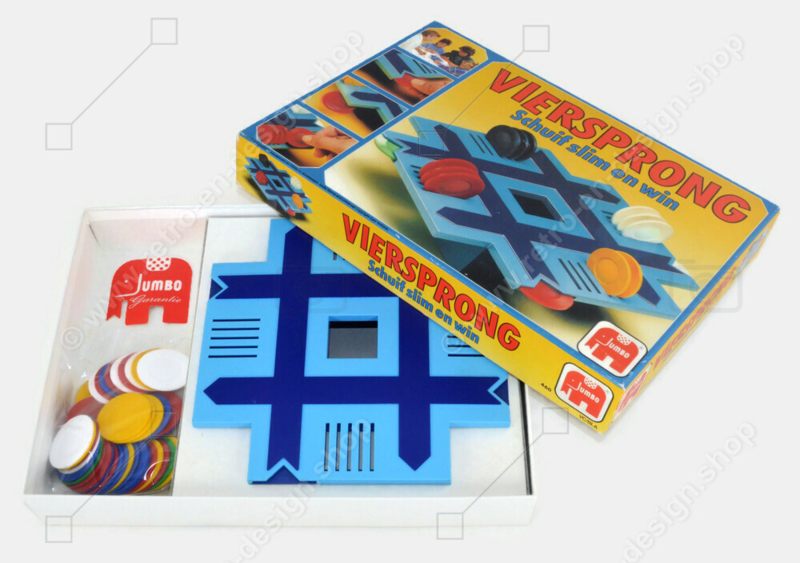 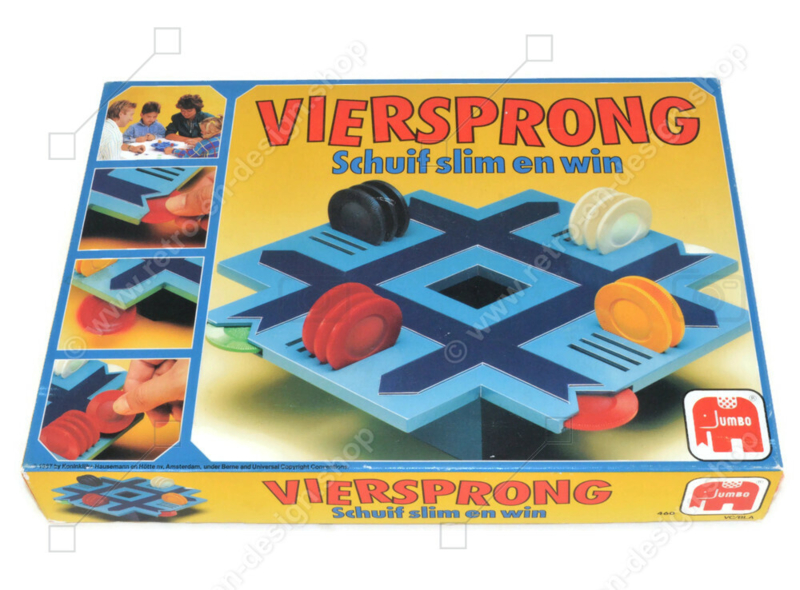 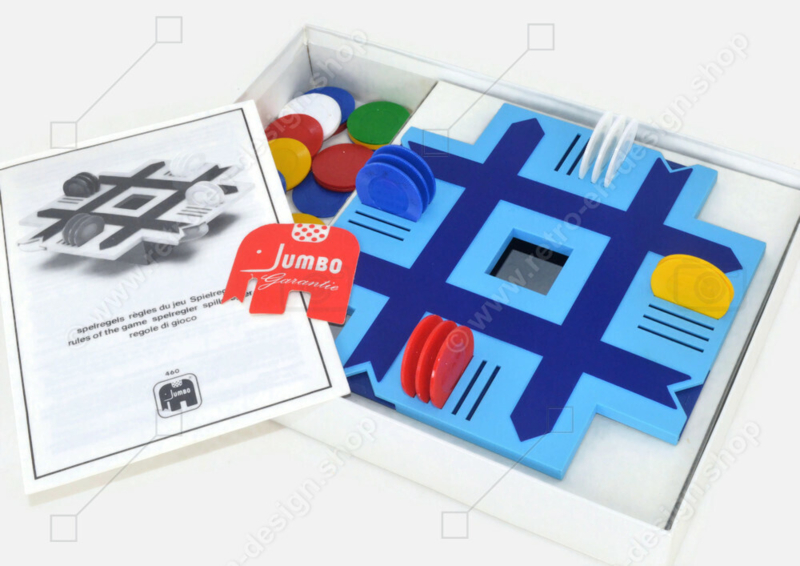 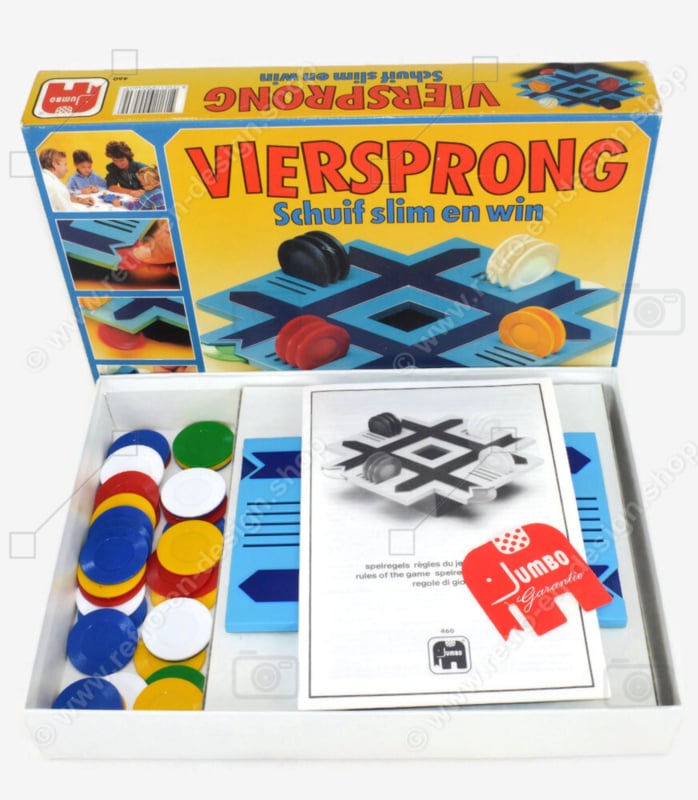 You play it for hours and learn it within three minutes

Description
Each player tries to push 5 disks of his colour out of the mechanism. This is done by sliding discs into one of the four inputs. If you follow carefully, you can find out where the different disks are located. You probably won't be playing with this game for hours on end.

The players take turns pushing a disk in "De Viersprong". When the Crossroads is full, disks fall out again. It's about sliding five disks of your own colour out of the Crossroads.

Rules in 7 languages on the back of the box: Dutch - French - English - German - Swedish - Norwegian - Italian

Condition
This set is in good vintage condition. Box shows minimal signs of use and age-related signs of wear. Photos are part of the description.

Jumbo Games is a Dutch founded jigsaw puzzle and games company which was established in 1853 and is owned by M&R de Monchy N.V. Jumbo Games produces and manufactures all of its jigsaw puzzles and cardboard-based games in its own factory that is based in the Netherlands. The Jumbo head office is located in the Netherlands and there are also offices in the UK, Germany and Belgium.

Previous to being known as Jumbo games in the UK, the company was called Falcon Games and this was the brand name given to its range of adult puzzles. Falcon was established in 1976 and Jumbo is often still referred to by the Falcon brand name in the UK.

The origins of the firm can be traced to the Hausemann & Hotte partnership in the mid-nineteenth century between the Amsterdam department store owner Engelbert Hausemann, a German, and Wilhelm Hotte, who together imported games and puzzles into the Netherlands.