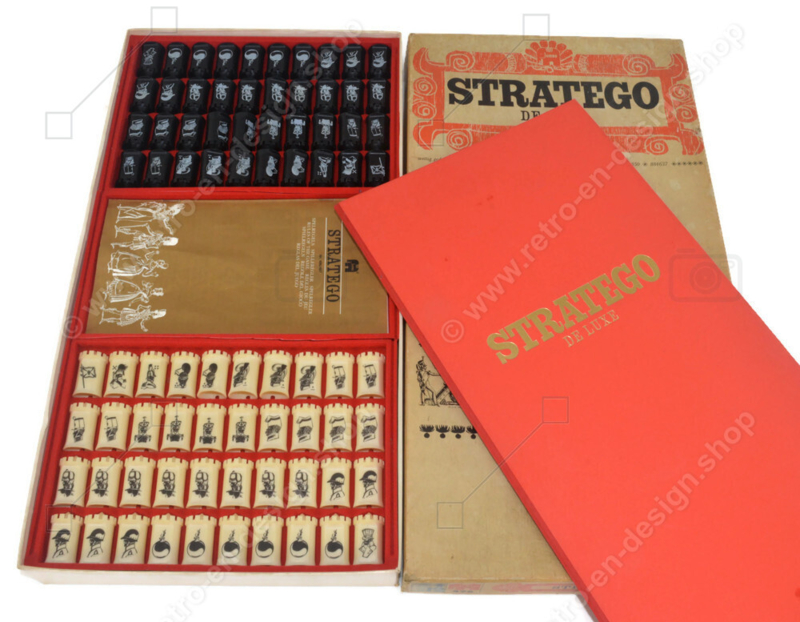 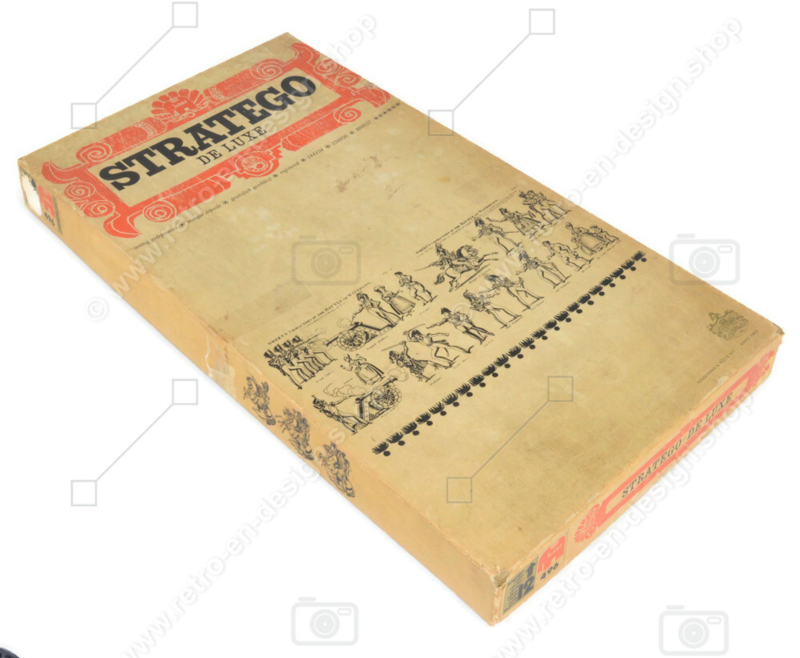 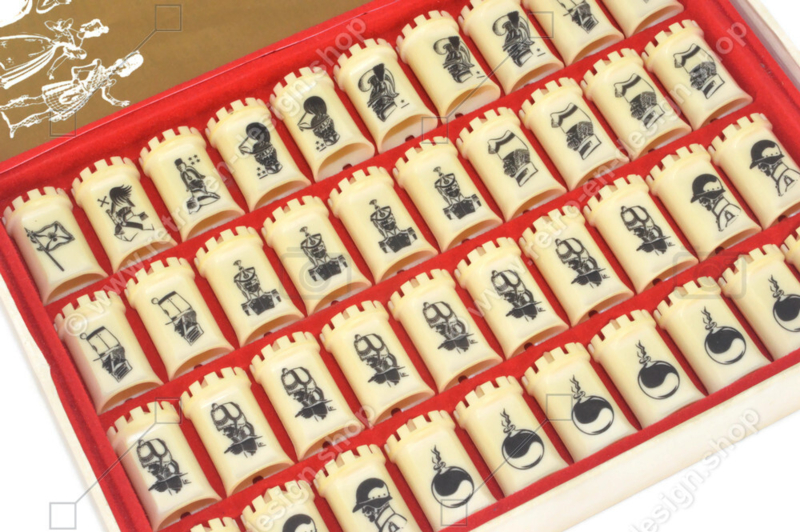 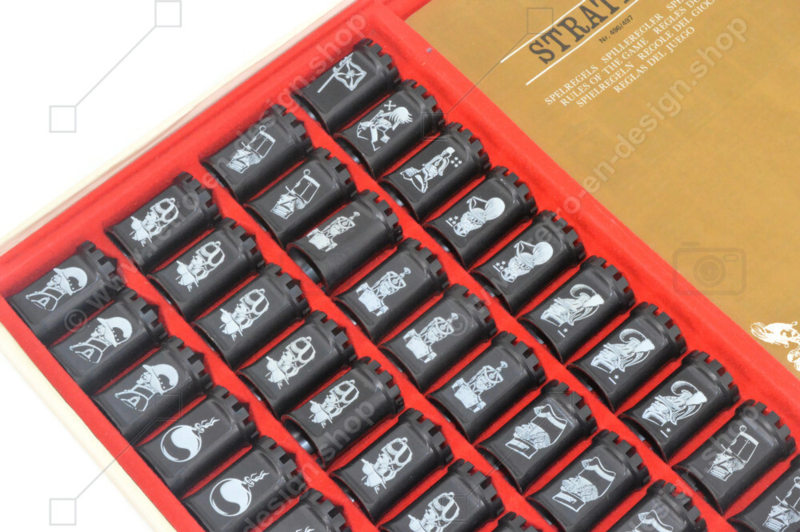 Version with the game pieces in black and white

Description
STRATEGO: an intelligence game for 2 players that will provide many hours of fun and excitement not only for the 2 players, but also for the spectators.

The goal of Stratego is to capture the flag of the opposing team. to this end, each player receives an army of 40 pieces. These pieces must be strategically placed in such a way as to facilitate attack and defense. since the rank of the army lends itself so eminently to giving the pieces a certain value, this form has been chosen.

Production date October 1974. The inner box has a red inlay with velour. The playing side of the board has two compartments with explanations about the playing pieces. At the bottom of the box is the game explanation in 8 languages.

At the start of the game, two armies face each other; each consisting of 40 pieces in different ranks. The aim is to capture the opponent's flag or prevent the opponent from moving. Pieces may move back and forth at most 5 times; then the player must make another move. The first player to tap the opponent's flag of any rank wins.

Condition
This strategy game is in vintage condition. The box shows multiple traces of use and age-related traces of wear. Photos are part of the description.

Stratego is a strategy board game for two players on a board of 10×10 squares. Each player controls 40 pieces representing individual officer and soldier ranks in an army. The pieces have Napoleonic insignia. The objective of the game is to find and capture the opponent's Flag, or to capture so many enemy pieces that the opponent cannot make any further moves. Stratego has simple enough rules for young children to play but a depth of strategy that is also appealing to adults. The game is a slightly modified copy of an early 20th century French game named L'Attaque [fr] ("The Attack"). It has been in production in Europe since World War II and the United States since 1961. There are now two- and four-player versions, versions with 10, 30 or 40 pieces per player, and boards with smaller sizes (number of spaces). There are also variant pieces and different rulesets.

At the start of the game, two armies face each other; each consisting of 40 pieces in different ranks. The aim is to capture the opponent's flag or prevent the opponent from moving. Pieces may move back and forth at most 5 times; then the player must make another move.

Red starts. All pieces may move 1 space horizontally or vertically on the board per turn. Exceptions are the scout, which can move as far as possible both horizontally and vertically, and the flag and bombs, which are not allowed to move. Pieces cannot jump over each other.

The pieces are arranged in such a way that the player on the other side of the board cannot see where which piece of the opponent is. Only when a piece attacks another piece - by stepping on the same square - the rank of both pieces is announced. In general, the highest piece wins, and the other is removed from the board. If both are the same height, both are removed.

There are two exceptions to this:
if the spy, who is the lowest in rank of all the pieces, attacks the highest piece (the marshal), then the marshal is defeated. However, if the Marshal attacks the spy, the spy disappears from the board.
a bomb is only removed if it is attacked by a minor.
The bombs and flag may not be moved after placement. A bomb wins over any piece that tries to capture it, except for the minor one. The flag loses to any rank and capturing it is also the object of the game: the first player to tap the opponent's flag of any rank wins.

Age
From 12 years and above

Particularities
With game rules in 7 languages

Quality
Vintage condition, box shows signs of use and wear