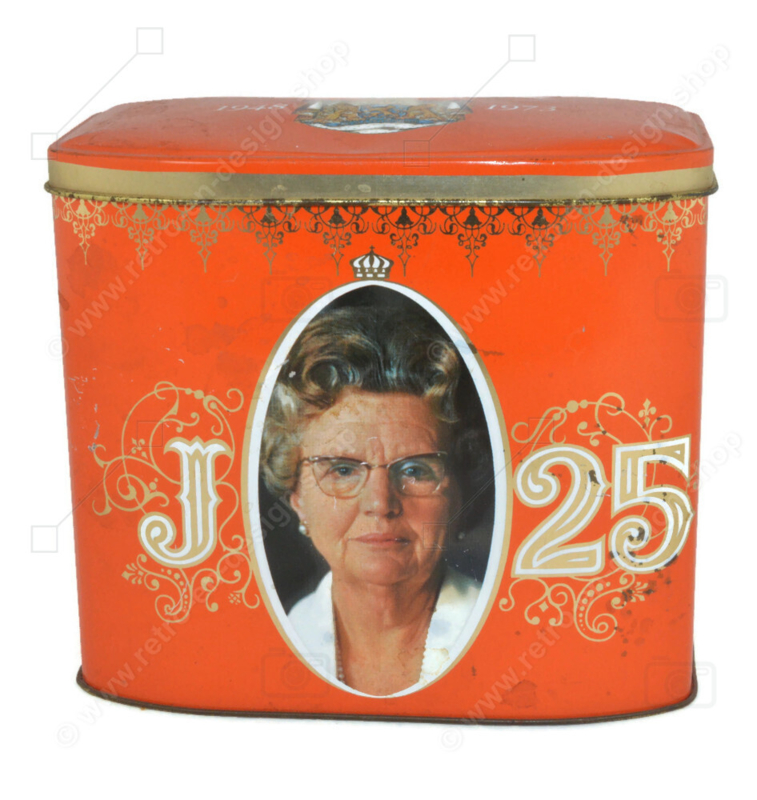 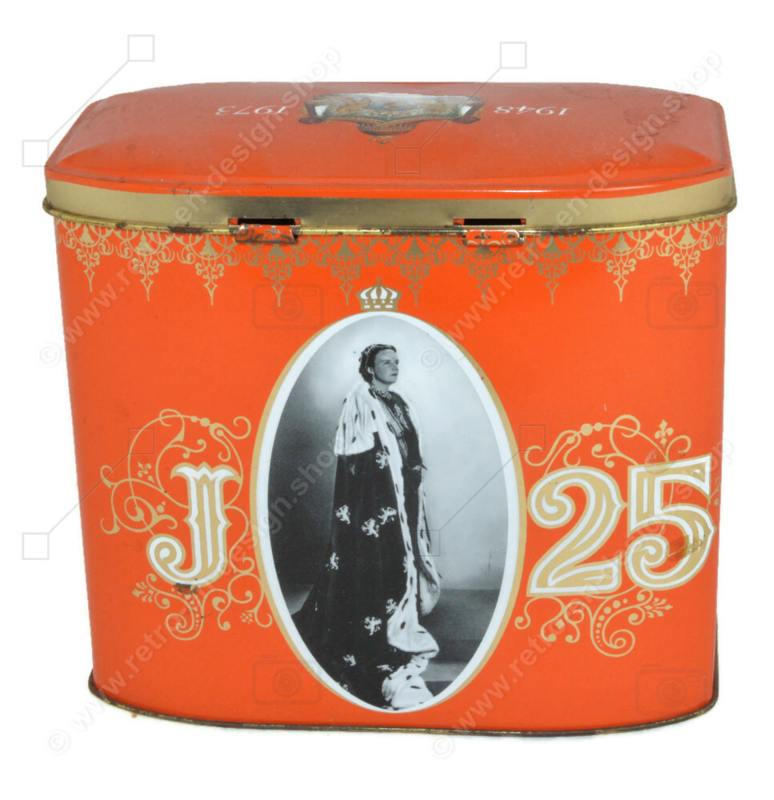 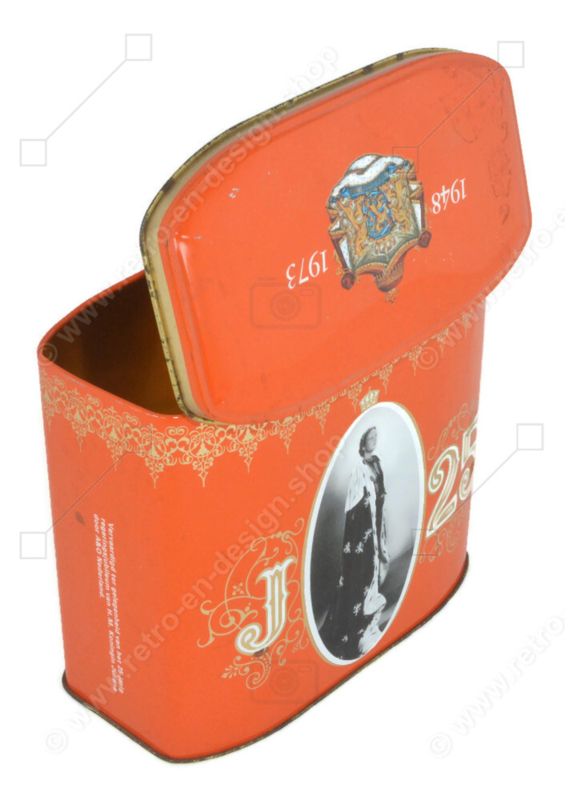 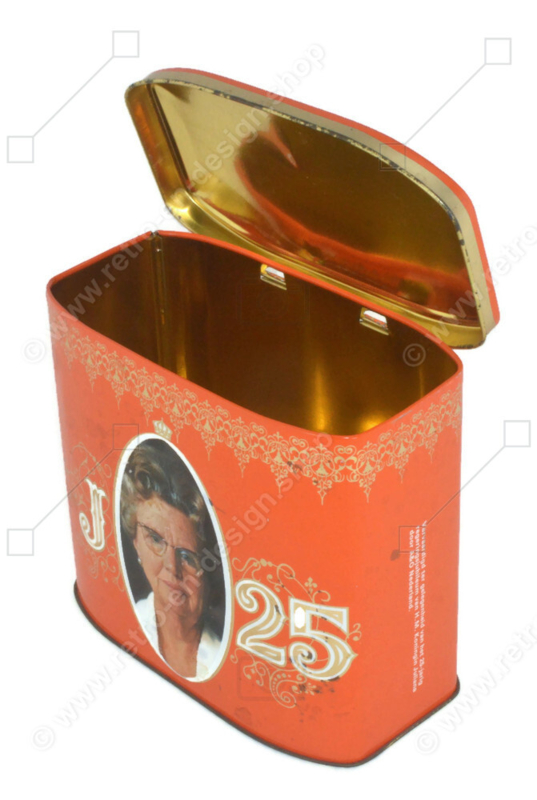 Description
Rectangular tin with sloping front and back to the sides. The hinged lid shows the national coat of arms and the years 1948 and 1973. On the front is a photographic image in colour of Queen Juliana in a crowned oval. On the back, in a crowned oval, a photographic image in black and white of Queen Juliana in her investiture mantle. The lid is finished with a gold-coloured edge.

This vintage tin from 1973 is a commemorative tin on the occasion of the 25th anniversary of Her Majesty Queen Juliana's reign. The tin is manufactured by A & O. This was a European association of wholesalers and supermarkets.

Juliana was the longest-lived Orange ever since December 20, 1993. At the end of 2004, she finished at number 14 in the election of The Greatest Dutchman.

A & O was a European association of wholesalers and supermarkets. In 1964, the voluntary branch company Nederlandse Grossiersvereniging (NGV or N.G.V.; also Dutch Wholesalers Association), which arose in the late 1940s, joined and the NGV supermarkets were renamed A&O supermarkets. In Dutch, the abbreviation stood for Actief en Ondernemend. In 1964, the NGV consisted of 19 wholesalers and 1,260 shopkeepers. In addition to the Netherlands, the organization was active in France, Italy, Austria, Switzerland, Germany, Belgium, Luxembourg and Finland. In 1964, A&O had a total of 25,500 stores. The head office of the NGV and A&O Nederland was in Bilthoven.