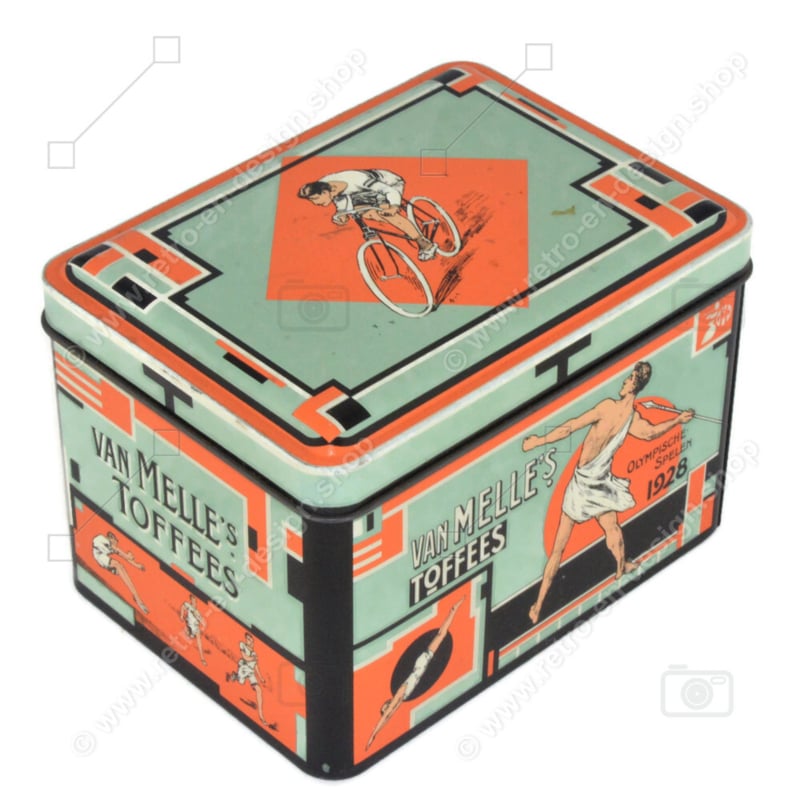 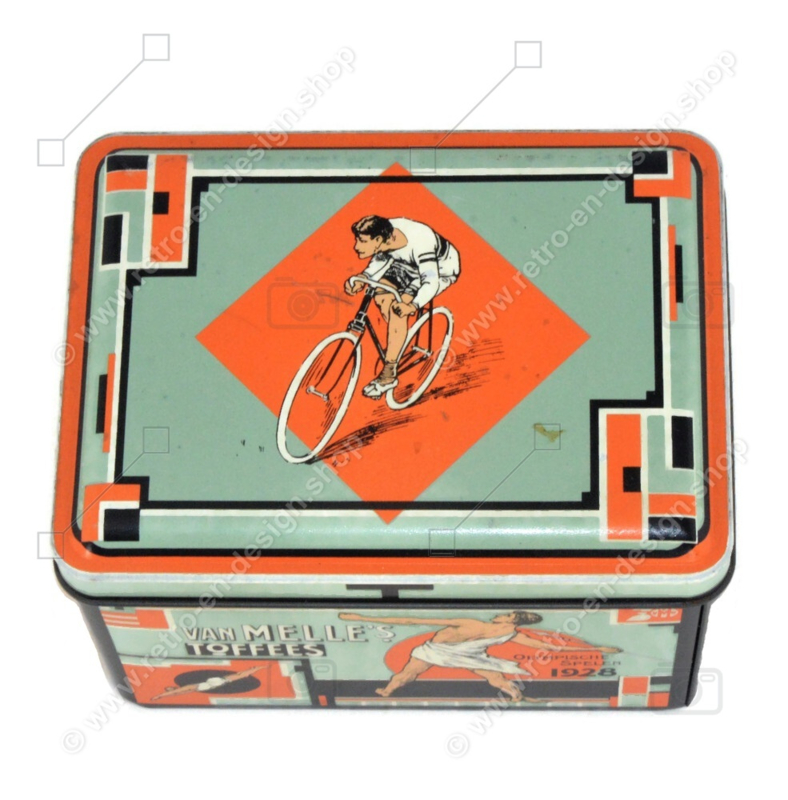 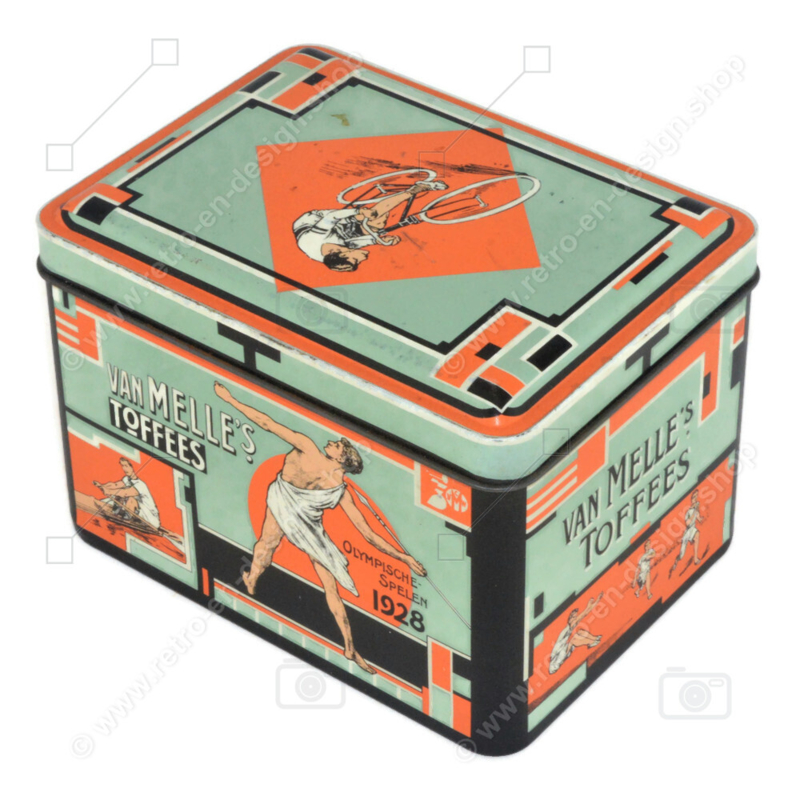 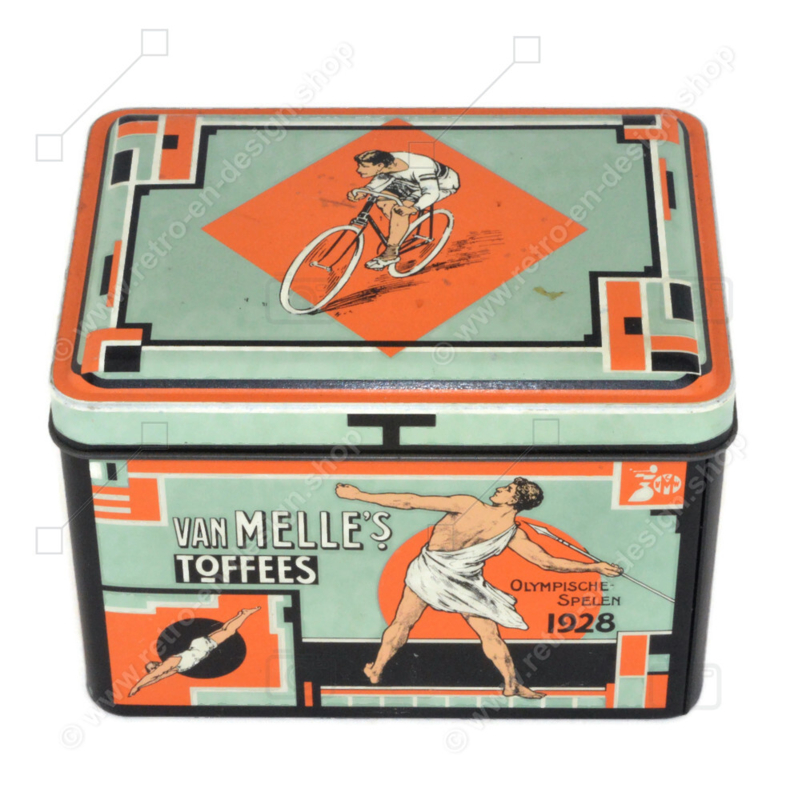 Description
Rectangular vintage tin with rounded corners and slightly raised loose lid with images of athletes dressed in white on the entire tin. On the lid is a cyclist, and on the front and back is a Greek javelin thrower. On the front, bottom left, diving swimmer and on the back, bottom left a man in a rowing boat. On both sides a long jumper and two runners.

On the front and back, in the upper right corner a stylized angel with a trumpet, leaning against a circle containing the letter "M", surrounded by the letters "V", "C" and "W". The entire exterior is finished with various block motifs in varying shapes and the colours orange, green and black.

This tin for Van Melle's Toffees in Art Deco style is a reproduction of the original tin that was released on the occasion of the Olympic Games in Amsterdam in 1928.

Condition
This Van Melle tin for fudge is in good vintage condition with normal traces of use and age-related traces of wear. Photos are part of the description.

Van Melle started around 1840 as a bakery in Breskens. They also sold sugar balls. In 1900, Izaak van Melle also began to produce these mechanical. About 1920, Izaak's brother Dirk-Machiel started a factory for biscuits and waffles.

In 1932 the Brothers Michael and Pierre Van Melle set off for Poland where they learned a procedure to produce soft fruit chews. From the trip they bring the original “Tell Dough” to the Netherlands, leading to the creation of Fruittella. Based on the Fruittella recipe they are inspired to create a peppermint-flavoured candy to be later named Mentos.

Particularities
Reproduction of the original tin from 1928