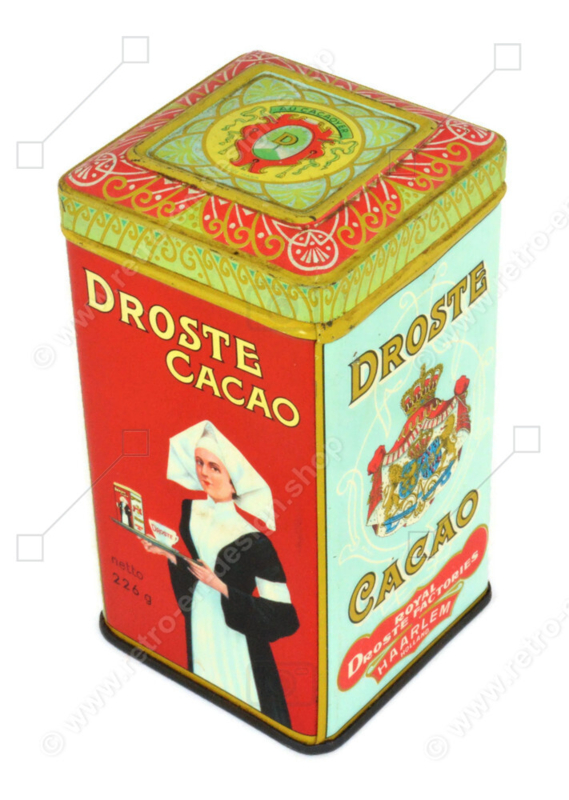 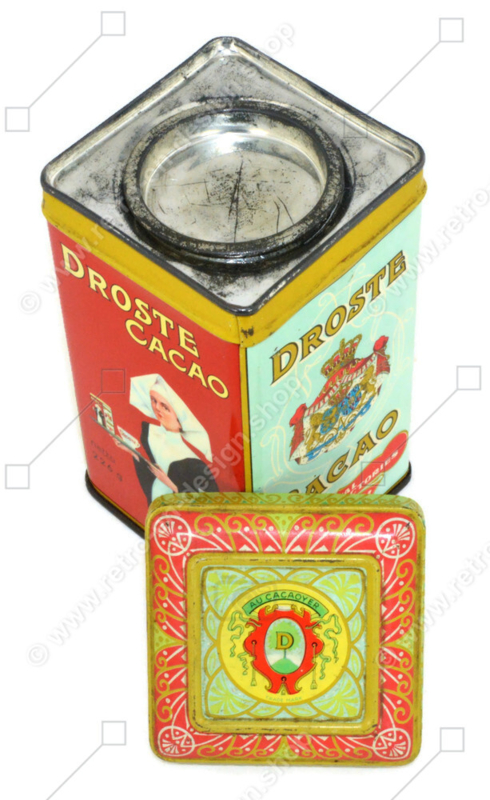 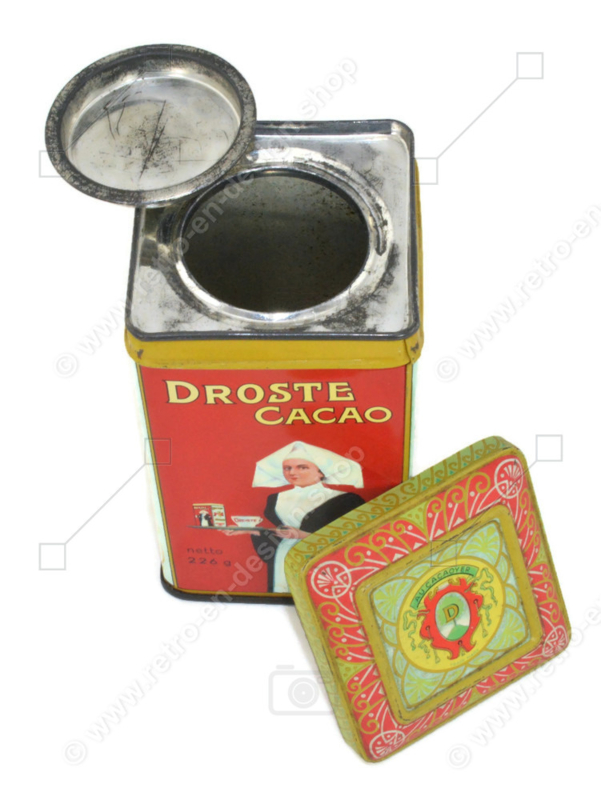 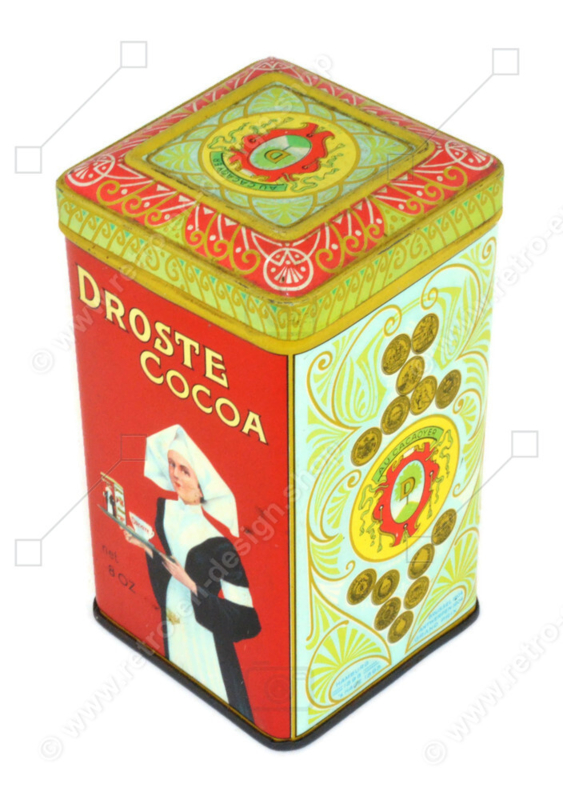 Description
Vintage square high tin for Cacoa van Droste. The tin is fitted with a lid and is made with a seamed longitudinal seam. The inner lid has a cap and a type of English closure (hermetic seal). The decoration of this tin consists of two sides with a red background showing the nurse with a tray with a tin.

One side is made with two weapons flanked by lions, under a canopy with a crown on a light blue background. One side: medals and Droste weapon Text: DROSTE CACAO n.v. Droste's cacao & chocolate factories HAARLEM holland net 8 oz, net 226 g

Condition
This Droste tin is in a good vintage condition with normal traces of use and age-related traces of wear. Photos are part of the description.

Droste, in full Droste B.V. Vaassen, is a Dutch chocolate producer founded in Haarlem in 1890. The Drostepastiles are still produced, just like the chocolate letters.

The company, originally a family business, has been taken over several times and has been an independent business unit within the German company Hosta since 1997. The original Droste roastery was still in operation until 2004, as part of Dutch Cacao BV, which had been producing Blookercacao there since 1986, but in that year production moved to a new factory in Amsterdam. Droste has been producing in Vaassen since 1986 and the chocolate products of this company are sold in more than seventy countries. More than 65% of the turnover is realized abroad.

The name Droste comes from the pastry and cake baker Gerardus Johannes Droste from Haarlem. From 1863 he sold in his shop at the Verwulft in Haarlem (today there is a McDonald's branch) among other things chocolate pastilles (round, flat chocolates which he calls Pastilles Droste). In 1890 he opened a factory in that city.

The name Droste has become known not only for the chocolate sold under that name but also for the Droste effect: the self-repeating picture in a picture, so named after the image on the packaging of Droste chocolate as it has been used since about 1900. printed.

The packaging shows a nurse with the same packaging in her hands. The suspected artist is the Haarlem advertising artist Johannes Misset, inspired by a pastel by the Swiss painter Jean Etienne Liotard: La serveuse de chocolat, also known as La belle chocolatière. This drawing, which refers to the health benefits of chocolate, cannot be used in the United States for legal reasons.

Particularities
Loose lid, under which there is a round English closure