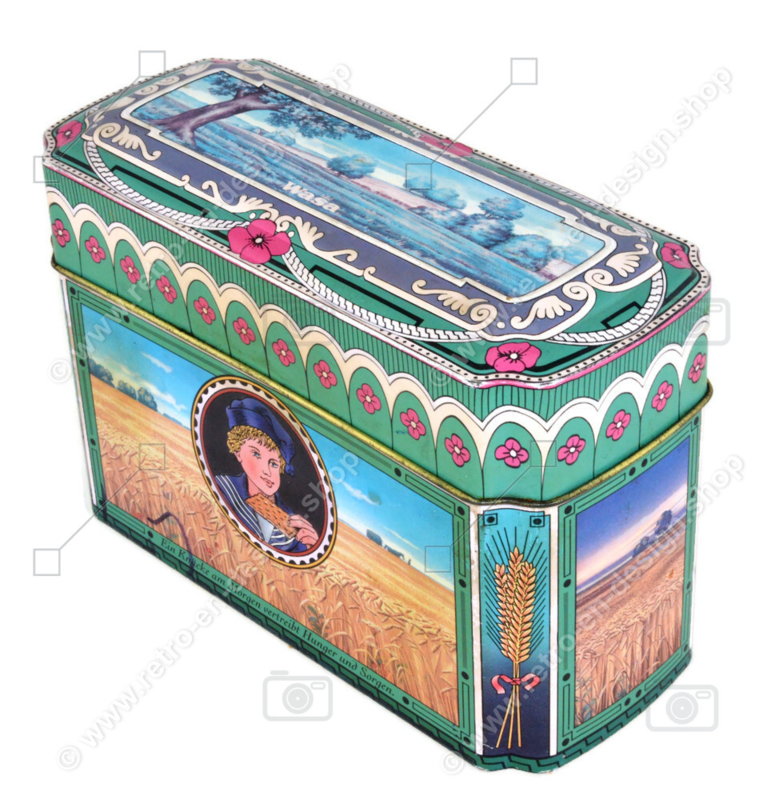 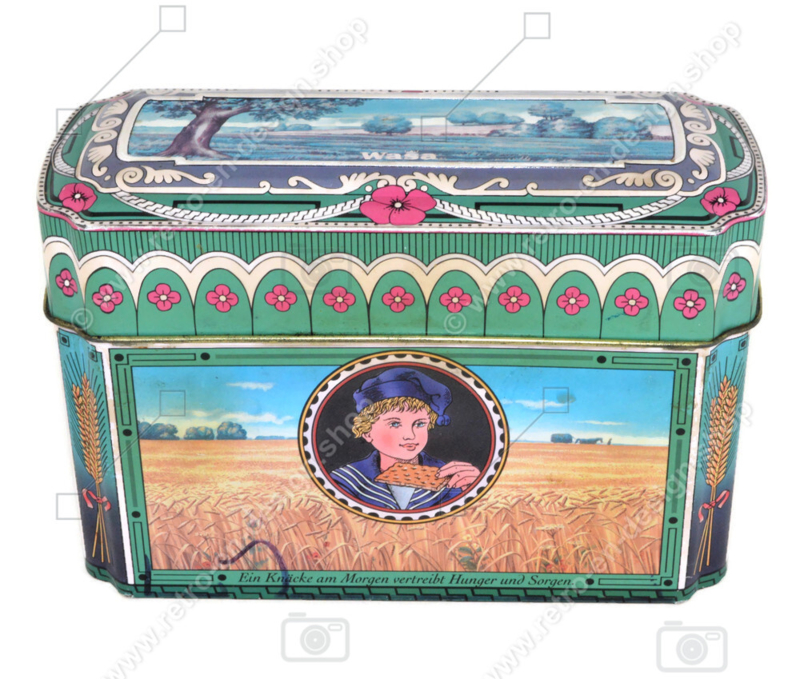 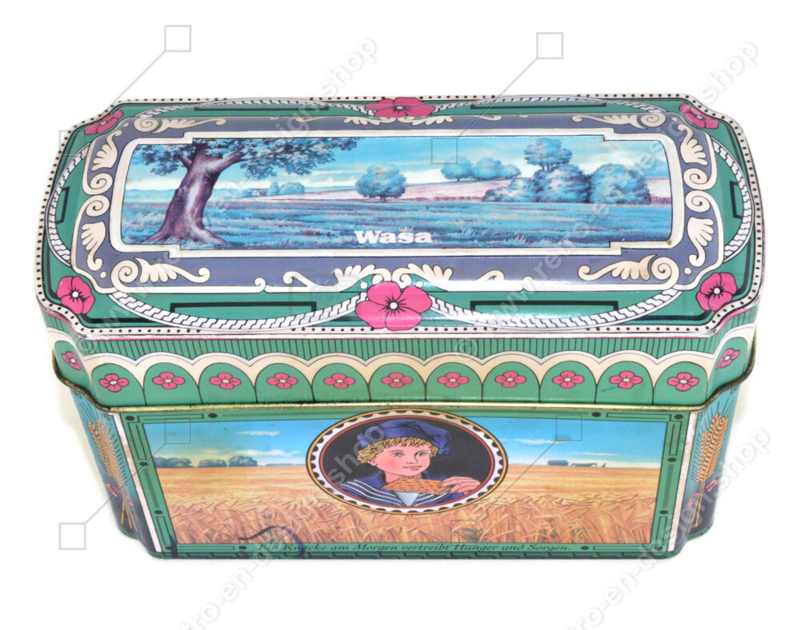 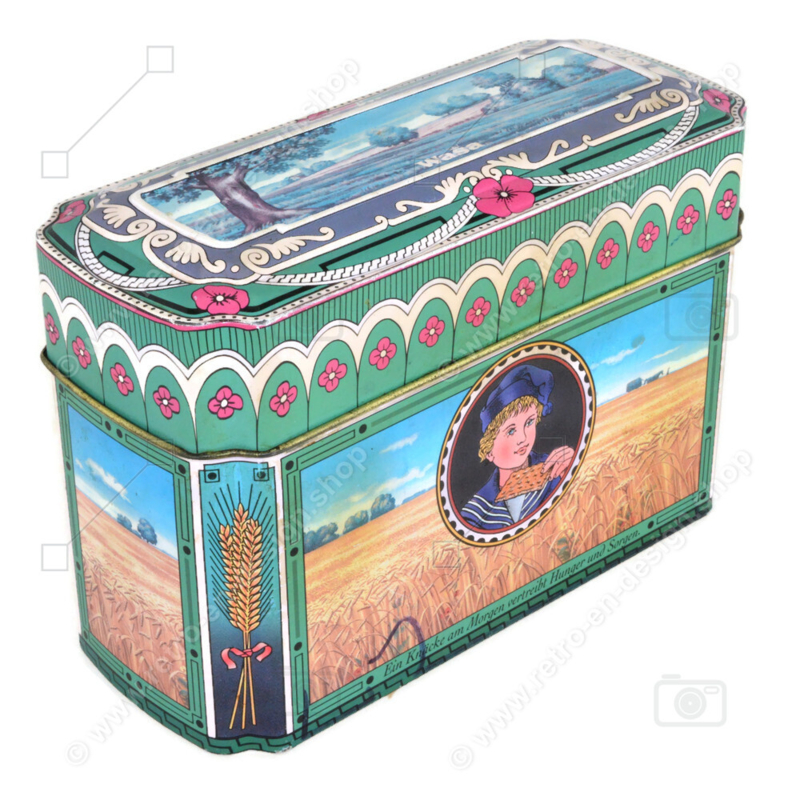 For the collector. Collect them all!

Description
Rectangular tin with rounded corners for crackers from WASA. The tin is equipped with a high-loose lid. The decoration of this tin consists of a green background with three ears of corn tied together with a pink bow on the corners. On the short sides a view of a cornfield. On the front is an image of a boy in a round medallion who is going to eat a Wasa cracker, while on the back he has already half-eaten it. In the background is also a view of a corn field.

The lid is decorated with a polder landscape and the brand name WASA. The high edges of the lid are finished with pink flowers and yellow bows. Text in German on the front and back: "Ein knäcke am Morgen vertreibt Hunger und Sorgen" and "Ein knäcke am Abend ist köstlich und labend". Gold colored interior.

Condition
This original Wasa tin is in a vintage condition with some traces of use. The lid is slightly discoloured by the sun. Neat on the inside. Photos are part of the description. 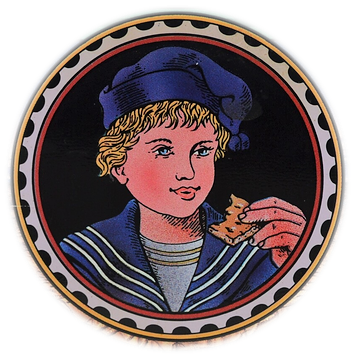 WASA
The Swedish company Wasabröd is the largest producer of crusty bread in the Scandinavian style in the world (Swedish: crispbread). The Wasabröd company has existed since 1919.

The Wasa bakeries are located in Filipstad Sweden and in Celle Germany. From these two locations, we bake crispbread and other products for a large number of countries around the world.

The Wasa brand was originally that of a certain product, Vasaknäcke, with an image of King Gustavus Vasa. The company has both a royal crown and the peculiar heraldic cargo, the robe (Swedish: vase), which gave its name to the Vasa dynasty, used in its marketing. (The use of the letter W instead of V is an archaism in Swedish; it is not uncommon in marketing but does not affect pronunciation.)

Wasabröd produces a wide range of crispy bread. The original crusty bread is made from rye, but their different products include sesame, wheat and other grains. Just like matzo, Wasa is known for its long service life.

Country of origin
Netherlands - Holland - for the German market