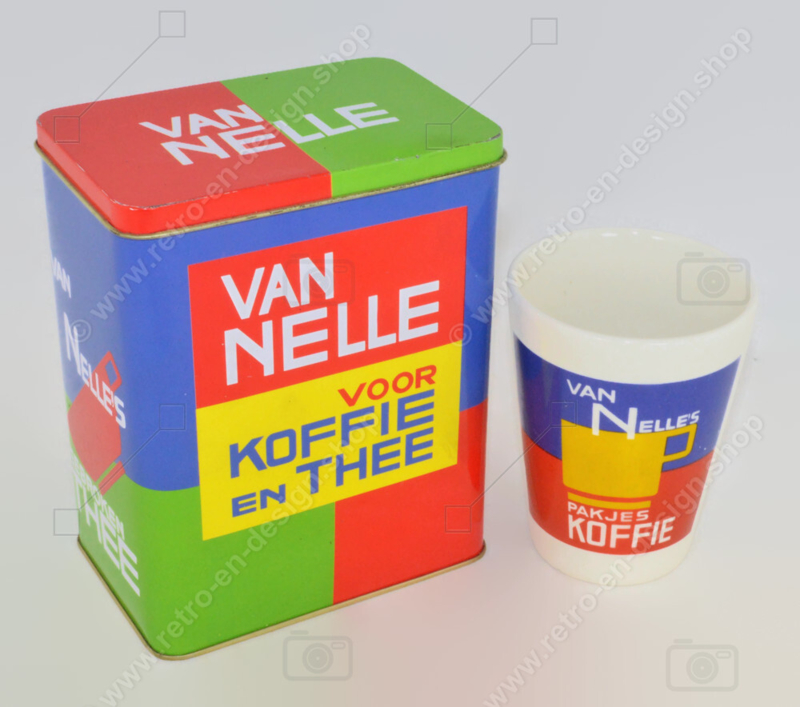 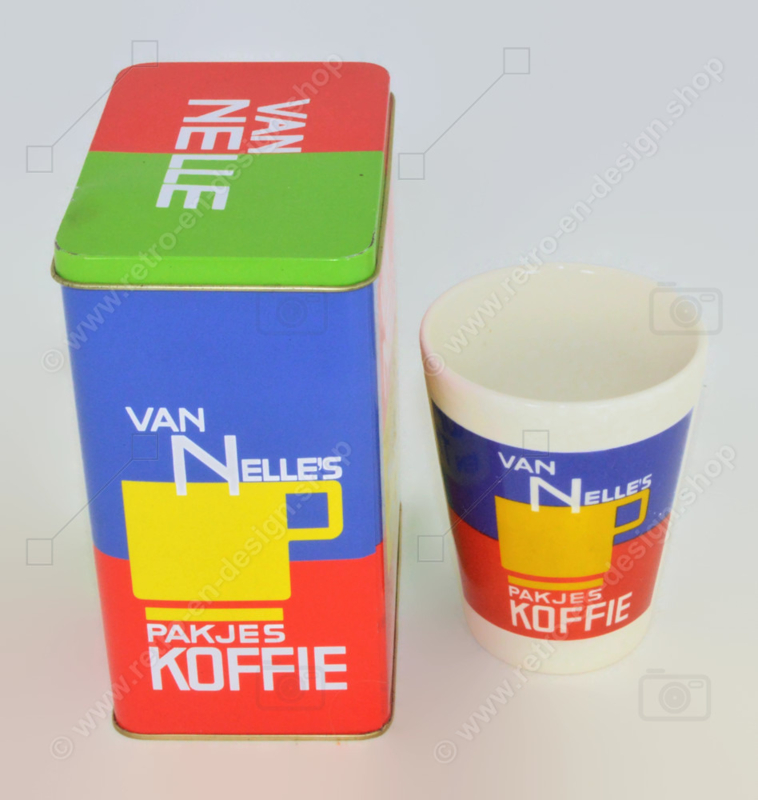 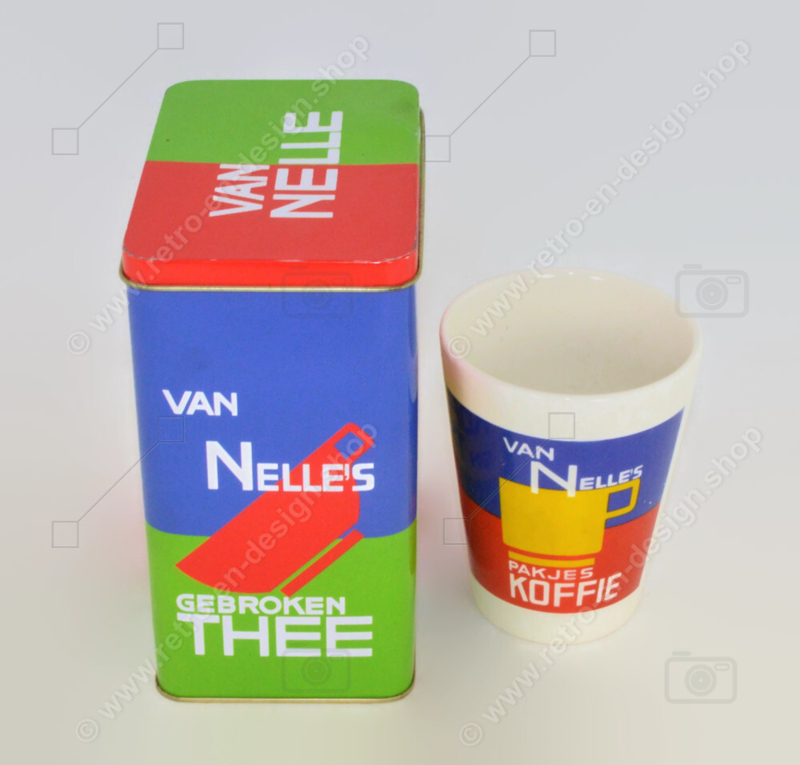 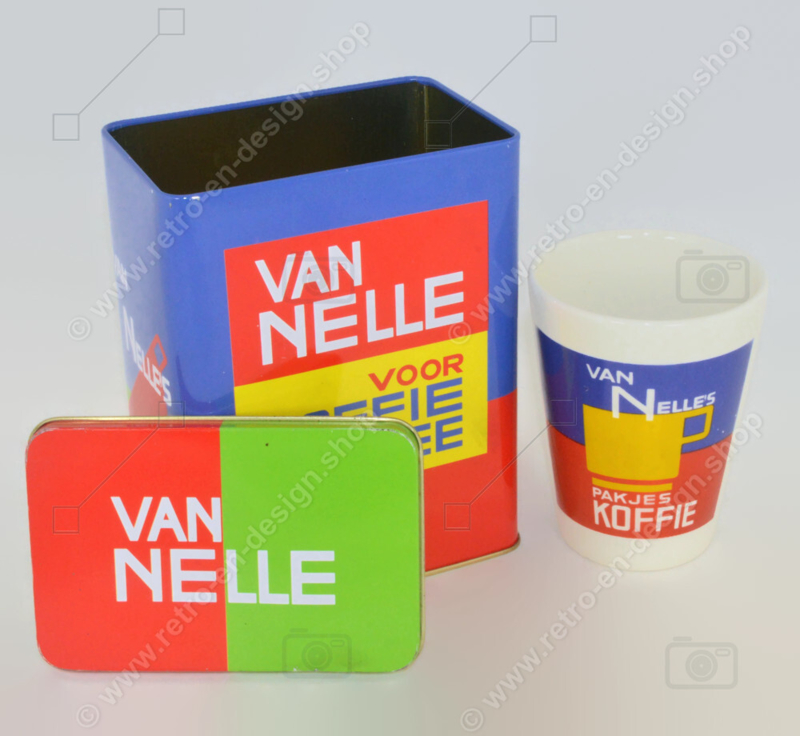 Description
Rectangular high coffee tin in the colours red, green and blue with a clear surface division based on the original antique tin made by Jac. Jongert in 1930. The text is printed in the red/yellow area. On the sidewalls is the text 'Van Nelle's Broken Tea' and 'Van Nelle's Packs of Coffee' (Dutch). The tin has a loose lid. The inside of the tin is gold-coloured. This tin is a nostalgic variation.

A nostalgic retro tin with a vintage look made by Van Nelle for coffee and tea. This tin is accompanied by one coffee cup. A reproduction of a classic design. The famous company from Rotterdam 'Van Nelle' existed from 1782 to 1989. This ensemble is a very nice eye-catcher for the retro kitchen.

The earthenware cup has recently been added to the collection of the Rotterdam Museum.

Condition
Both tin and cup are in a neat retro condition with normal minimal traces of use and wear. Photos are part of the description.

Van Nelle was a Dutch manufacturer of rolling tobacco, cigarettes, coffee and tea.

Jacobus Johannes van der Leeuw built the company between 1837 and 1881. He established worldwide trade contacts, established his own plantations in the Dutch East Indies and built the shop into a coffee roasting factory and the processing of tobacco and tea. Around the turn of the century, coffee and tea became increasingly important. Van Nelle, therefore, made a great profit.

The company distinguished itself through its own approach, with appealing advertising figures such as Piggelmee. The period around the Second World War was difficult for Van Nelle. But from the fifties on, under the direction of director J.P. Coelingh it did better again.

The introduction of the first freshly ground vacuum-packed coffee under the name Supra in 1962 had a significant contribution to it.