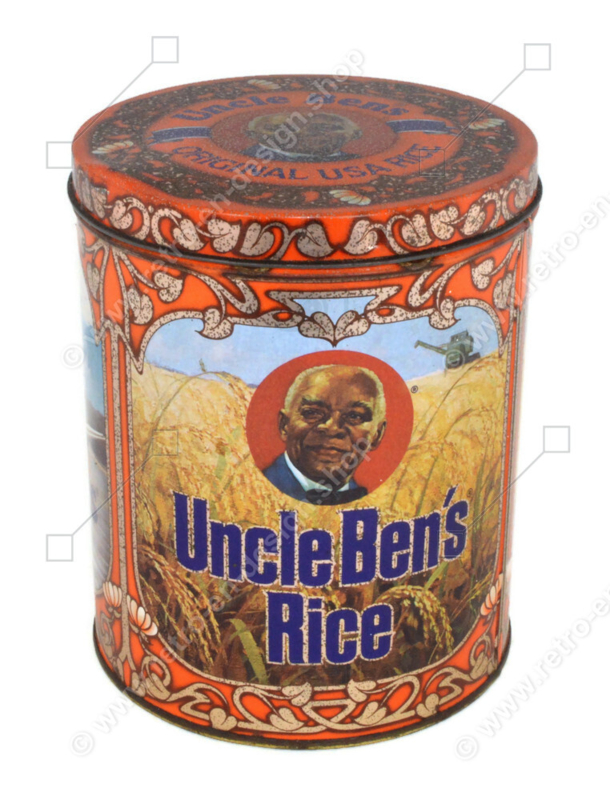 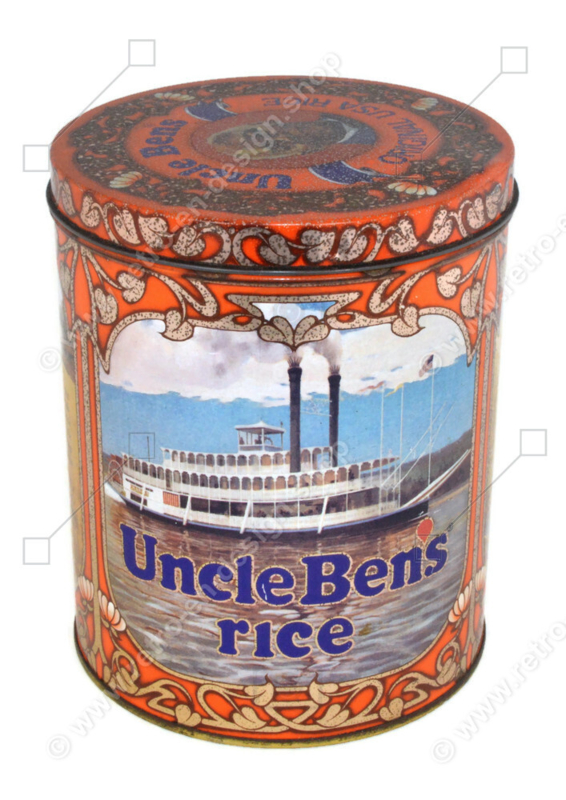 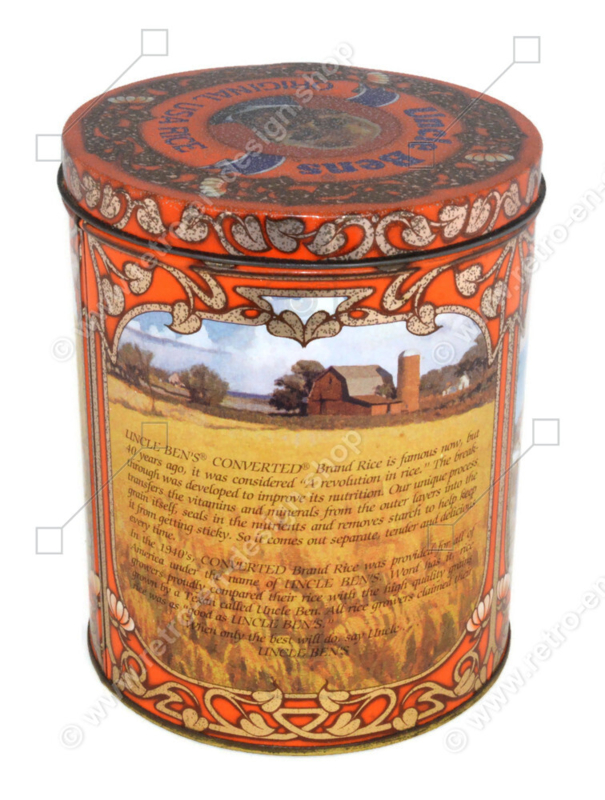 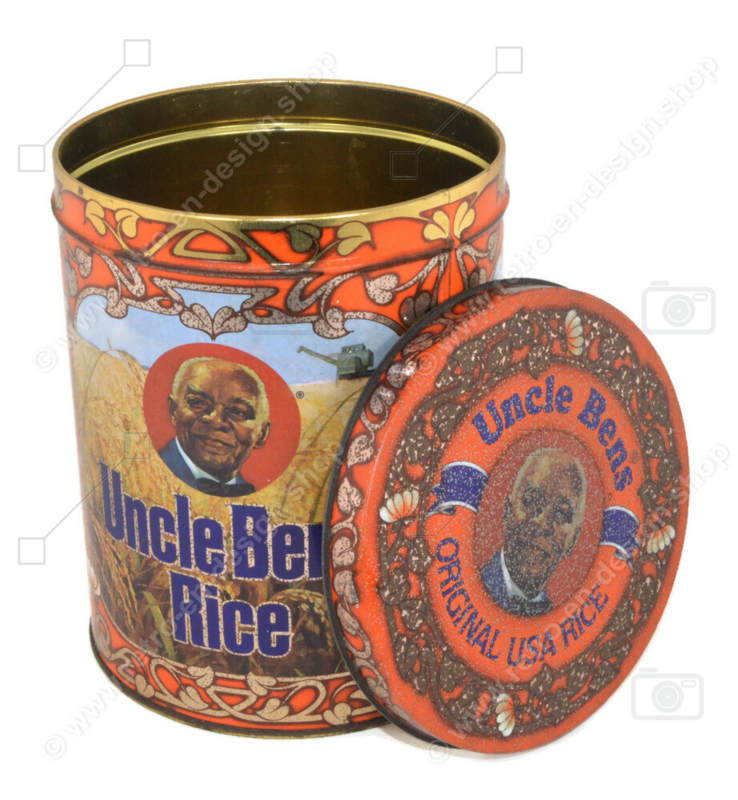 Description
Round cylindrical vintage tin from Uncle Ben's for preserving and storing rice. Supplied with a loose lid. The decoration of the tin consists of the main colour orange with gold-coloured details. On the front is an image of a rice field with the logo of 'Uncle Ben' in a Circle. A steamboat is depicted on the other side of the tin.

Uncle Ben's is a brand name for parboiled rice and other related food products. The brand was introduced by Converted Rice Inc., which was later bought by Mars, Inc. It is located in Houston, Texas.

Condition
This tin is in a vintage condition with traces of use and age-related traces of wear. The lid shows traces of weathering. Photos are part of the description.

Uncle Ben's is a brand name for parboiled rice and other related food products. The brand was introduced by Converted Rice Inc., which is now owned by Mars, Inc. Its headquarters are in Denver Harbor, Houston, Texas. Uncle Ben's rice was first marketed in 1943 and was the top-selling rice in the United States from the 1950s to the 1990s. In 2020, Mars stated that the brand would be changed to "Ben's Original" in 2021. Ben's Original products are sold worldwide.

In the 1910s, the German-British scientist and chemist Erich Huzenlaub (1888–1964) and the British scientist and chemist Francis Heron Rogers invented a form of parboiling to retain more of the nutrients in rice, now known as the Huzenlaub- process. The process involved vacuum drying the whole grain, then steaming, and finally vacuum drying and peeling. It not only increased the nutritional value of rice but also made it resistant to weevils and shortened the cooking time.

In 1932 Forrest Mars Sr. to the United Kingdom with the assignment to expand the food company Mars internationally. While in the UK, Mars learned of Erich Huzenlaub's work with rice. Huzenlaub's London-based company was Rice Conversion, Ltd. The two eventually formed Mars and Huzenlaub in Houston, Texas, giving Forrest Mars partial ownership of the Huzenlaub Process patent for rice conversion. In 1942, under the direction and sponsorship of Mars, Huzenlaub, along with Houston food broker Gordon L. Harwell, created the company Converted Rice, Inc., which sold its entire production to the US and British armed forces. The advantage of this product was that it could be air-dropped to troops in the field without risk of weevil infestation, and it could cook faster than other rice products. In addition, the converted rice product would retain more nutritional value. In 1944, with additional funding from the Defense Plant Corporation and investment from Forrest Mars, it built a second large plant. In 1959, Forrest Mars bought Erich Huzenlaub's interest in the company and merged it with his Food Manufacturers, Inc.

Uncle Ben's mill was on the Houston Ship Channel until 1999, when it moved to Greenville, Mississippi.

Quality
Vintage condition with traces of use, lid is weathered