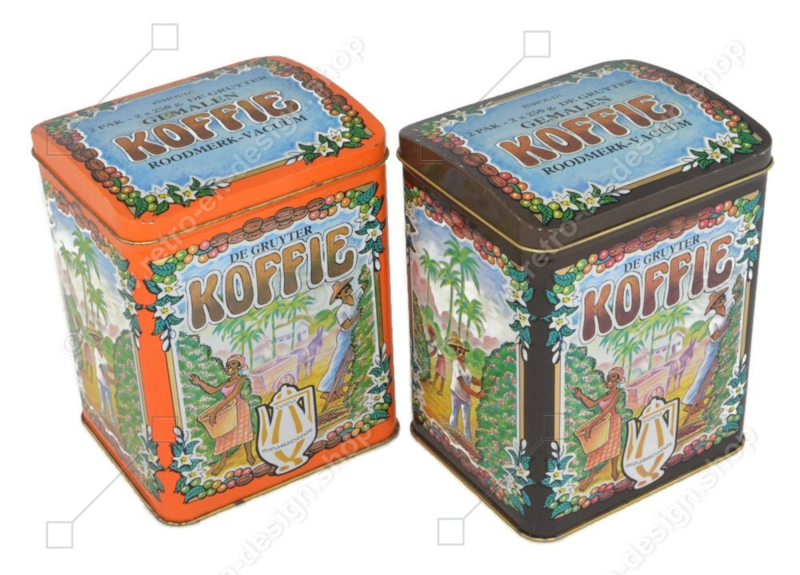 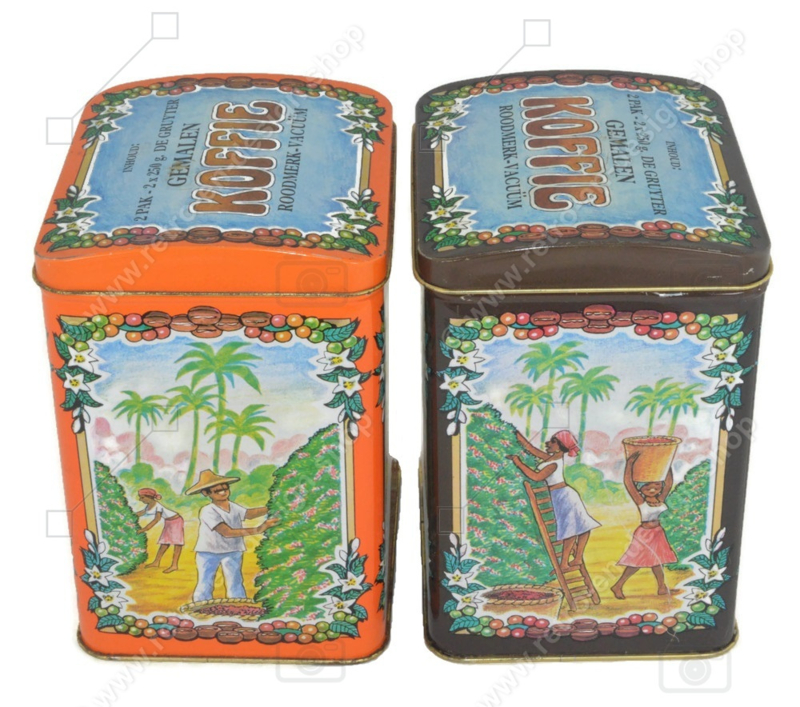 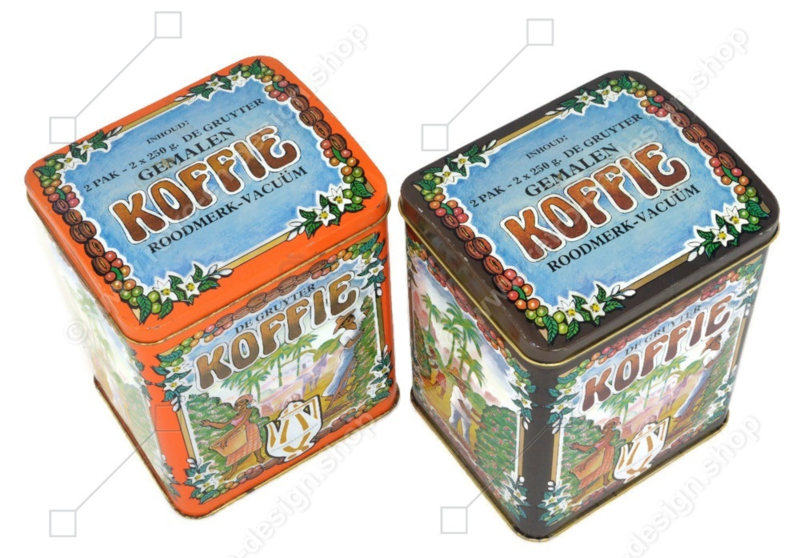 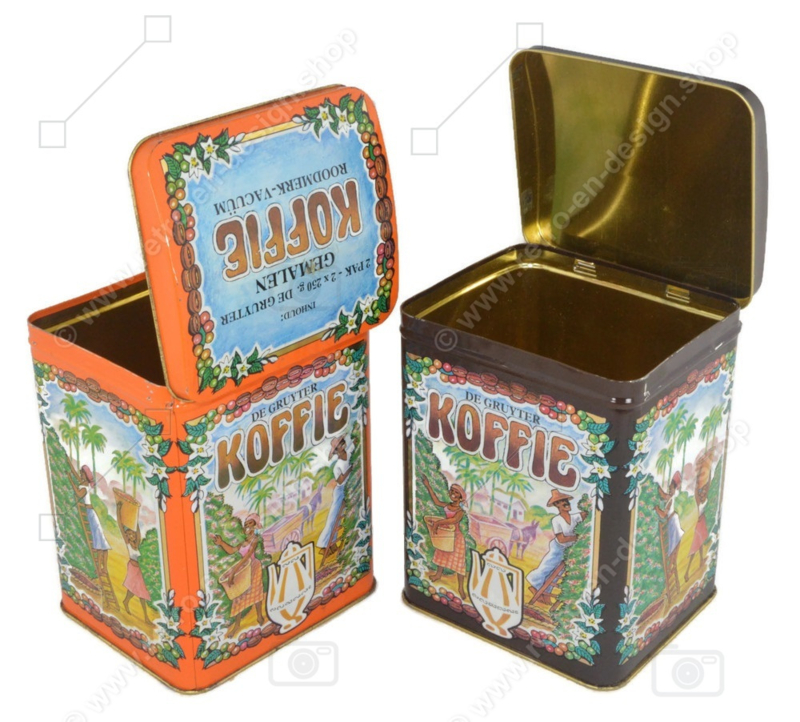 Description
Beautiful colourful set of two vintage storage tins for coffee by the famous Dutch retail chain De Gruyter. Both tins have a hinged lid. The decoration of these tins consists of an orange and brown background with various images of the coffee harvest.

These old coffee tins by De Gruyter from the early 1970s were suitable for 250-gram coffee packs.

An important element in sales policy was giving a 10% discount on the presentation of receipts. The slogan of De Gruyter became "And better value and ten per cent, only De Gruyter". This loyalty was rewarded and they had an additional means to control the store managers. Because De Gruyter only sold its own brand products prices did not compare to those of others.

In the compartmentalized Netherlands De Gruyter was the shop of Catholics. Protestants chose among others Albert Heijn. With the depolarization, these ratios gradually loosened after 1950.

In the sixties, De Gruyter group reached its peak. There were more than 550 stores and nearly 7,500 employees. In 's-Hertogenbosch had arisen large production sites. The group had food shops scattered throughout the country.

As a customer, binder De Gruyter started in 1948 to give away every week a small gift for children: the legendary Candy of the week. It was introduced after the Second World War when there was to supply of sugar. With the buy of a few guilders of groceries, free candy was given away to the children. Later, the "sweet" was a plastic toy, a game, a doll or a book every week something else.