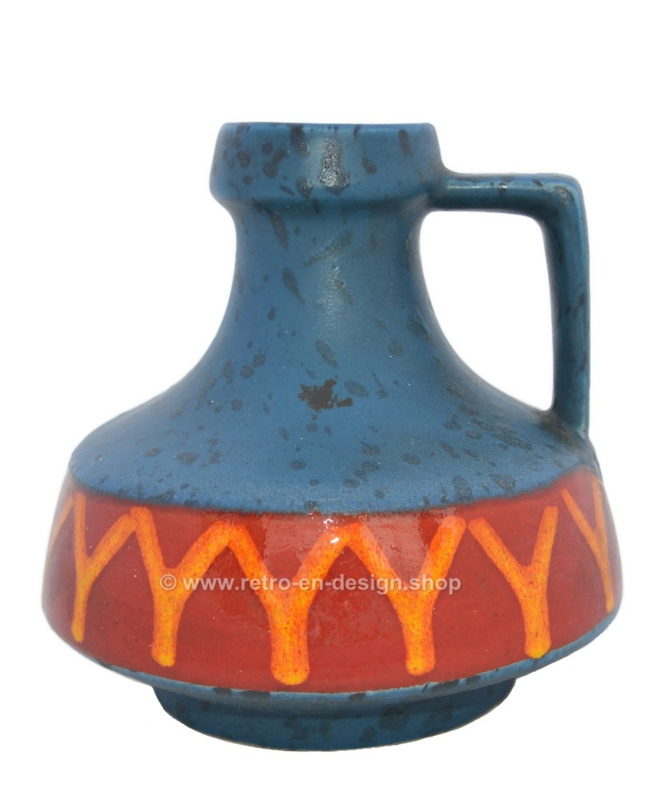 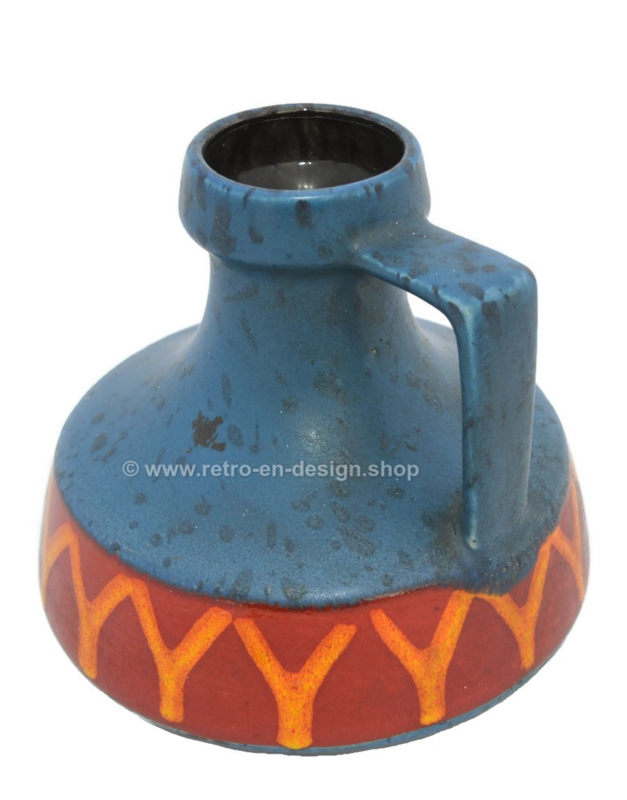 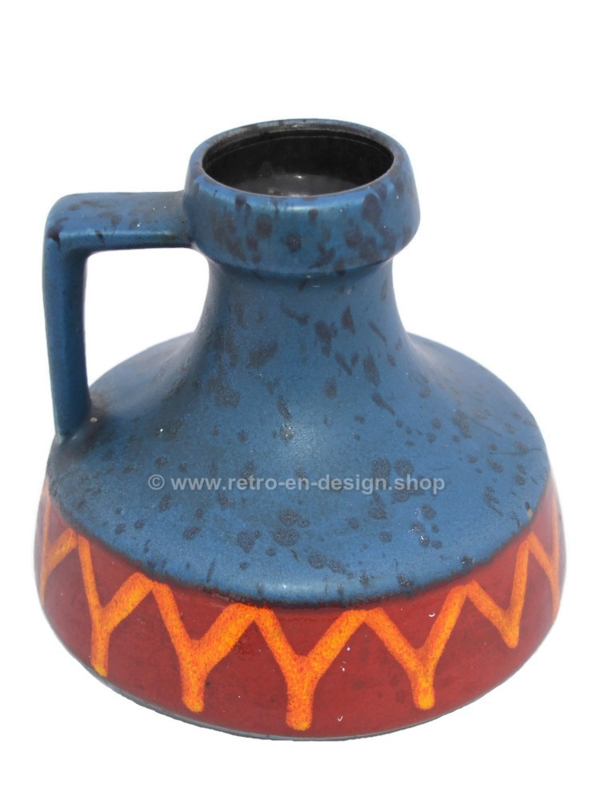 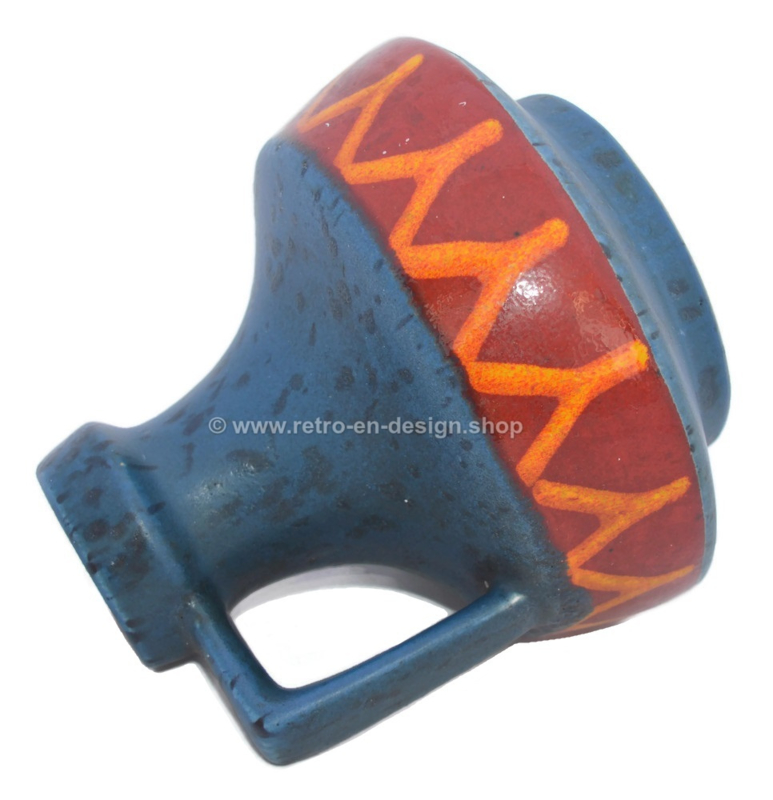 Description
Beautiful ceramic earthenware vase or jug made by ES Keramik. This rather rare model vase has a handle and is decorated with a blue background with black splashes.

On the middle part a wide red border. Decoration with orange details in the form of a succession of letters reminiscent of an ypsilon.

Condition
This vase with handle from West_Germany by ES keramik is in a neat vintage condition without damage.

ES Keramik.
Josef Emons and Jean Fuss founded Fuss & Emons on 17 February 1921 in Rheinbach (Nordrhein-Westfalen). In 1948 their ways parted. The Fuss & Emons company was split in two. J. Emons Söhne, Keramik- and Terrakottafabrik have since sold ceramics under the name ES Keramik. In 1971 ES Keramik was still doing well due to orders from Canada and Australia, but in 1974 the factory had to close because their production no longer met the taste of the public.

ES Keramik used white clay, but it was then often completely glazed so that the white clay is no longer visible. On the bottom, there is a two or three digit model number followed by a '/' and in two digits the height in centimeters. In the sixties and seventies, ES Keramik stuck silver colored stickers with 'KERAMIK ES' or 'KERAMIK ES hand-made'.