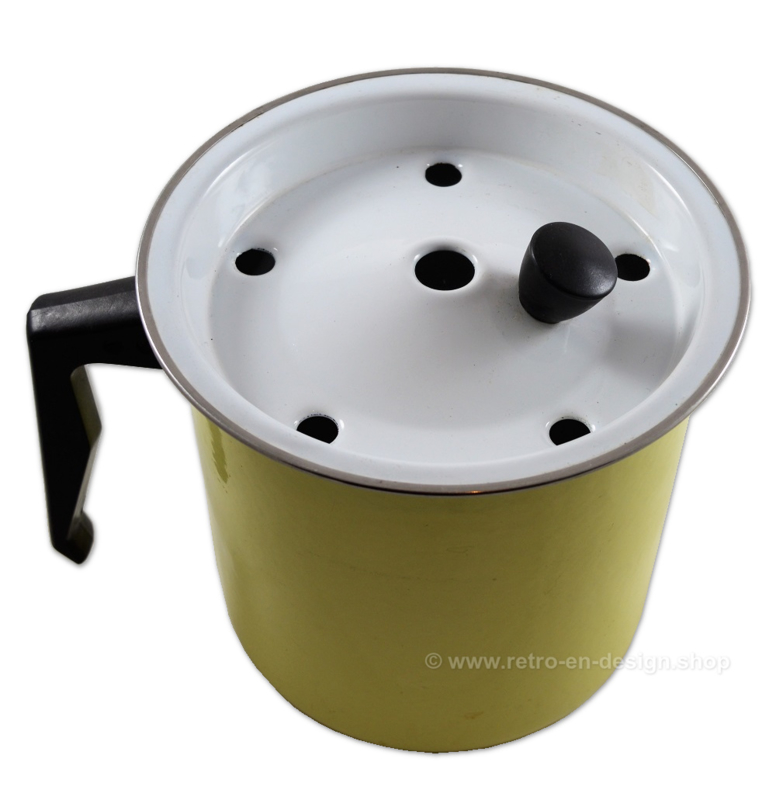 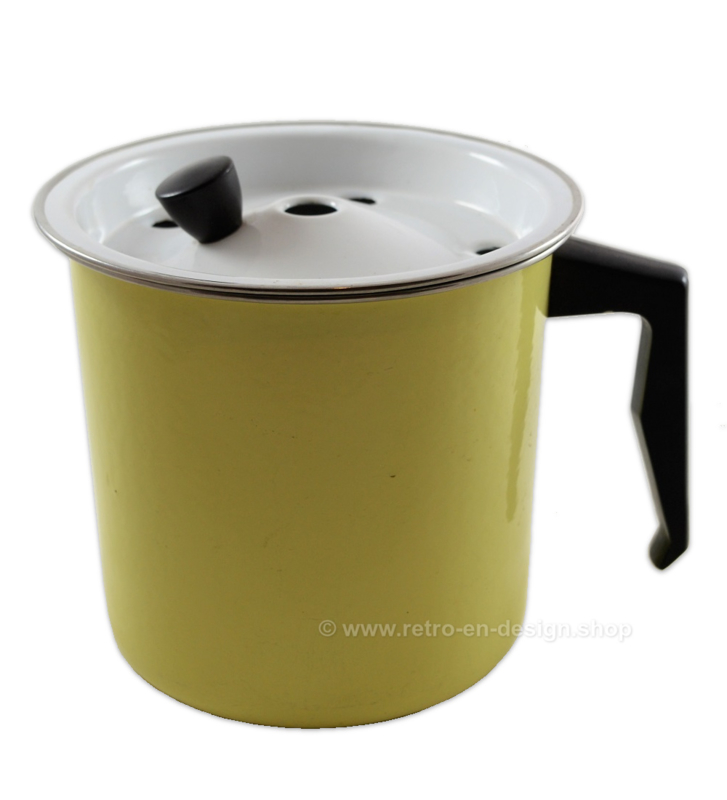 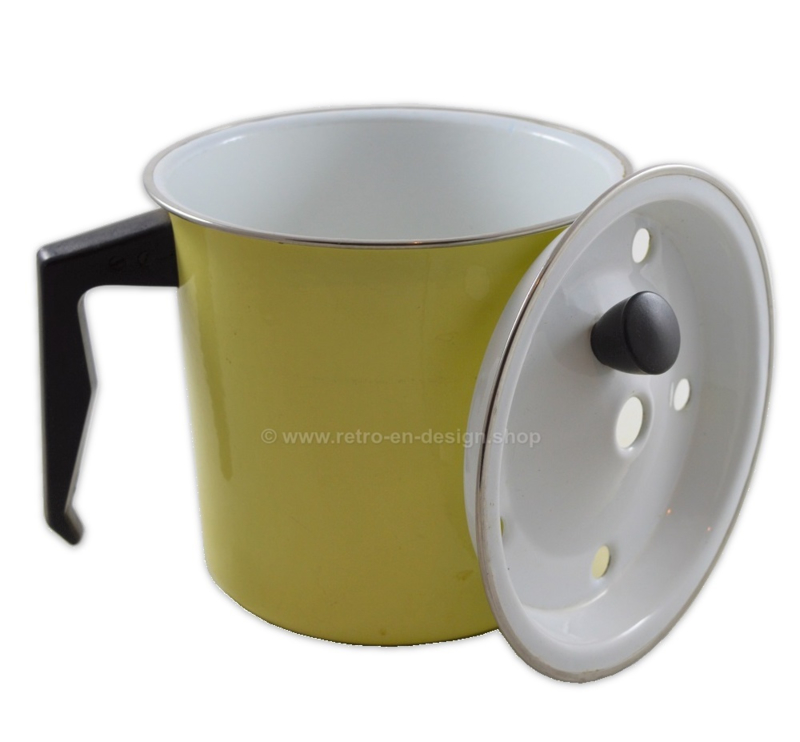 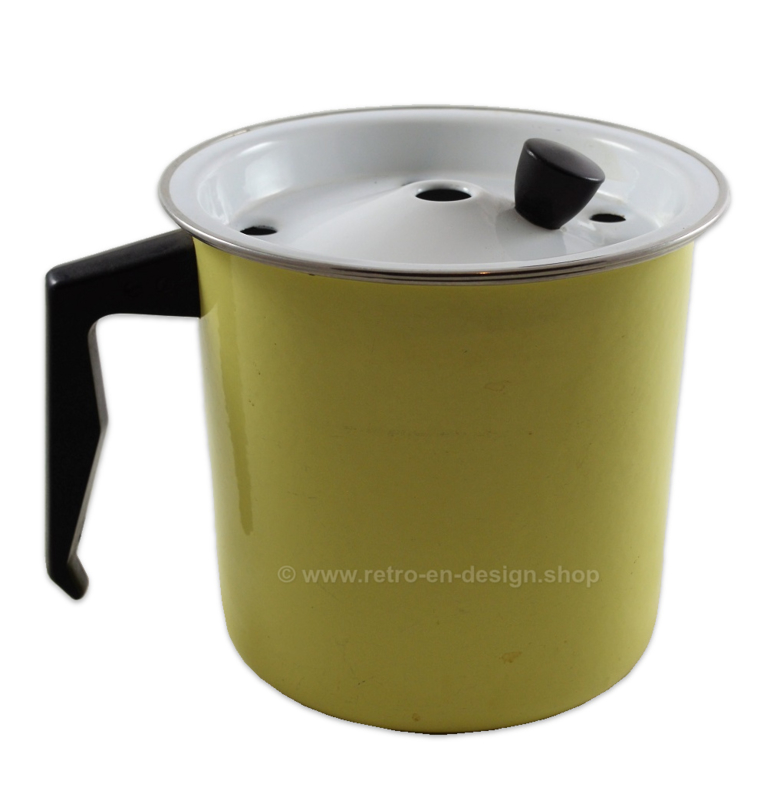 Description
Beautiful brocante enamel milk boiler from the 1950s in a light yellow color with a white lid and bakelite handle and knob. This milk cooker is still in very good condition. Nice for decoration in a retro kitchen but also still very useful.

Condition
This excellent boiler is in a neat vintage condition with minimal traces of use and age-related traces of wear. No damage to the enamel!

The milk boiler
In the past, the milkman came to the customers' door. Most women did the household at home and found the service at the door handy. The classic milkman didn't have as many dairy snacks and fruit yogurts as there are in the supermarket these days. He mainly sold milk, and occasionally a bottle of custard.

In addition to milk in bottles, the milkman sold so-called raw milk till the late sixties of the last century. It was milk that came directly from the cow and was not sterilized or pasteurized in the milk factory. The loose, raw milk came in a milk can with a tap and was poured into a measuring cup, which was emptied into the pan or jug ​​of the customer. Loose milk was cheaper than bottled milk.

The loose milk had to be boiled first. It sometimes contained diseases that were harmful to humans. Cooking helped prevent infections. For cooking the milk you had a special, high pan: the milk cooker. Often the milk cooker was enameled, and it always had a lid. The lid had holes along the edge. The holes prevented boiling over from the milk. When the boiling milk bubbled up, it flowed right back through the holes in the lid, without flowing over the edge, on the newly cleaned stove.

While food directly from the farmer is becoming increasingly popular again, consumers have been buying more raw milk in recent years, like cow or goat milk. Even now, boiling the milk briefly is a smart precaution to prevent diseases. Because "pure nature" is not the same as "without health risks".

There are still milk cookers on the market. They sometimes look almost the same as the milk boilers from the 1950s, only now they're no longer enameled, but made of stainless steel. You can still cook the raw milk in it. But nowadays milk cookers are primarily intended to make hot milk for the cafe latte. So the milk cooker is totally back and trendy again!

Particularities
Lid with holes to prevent boiling over