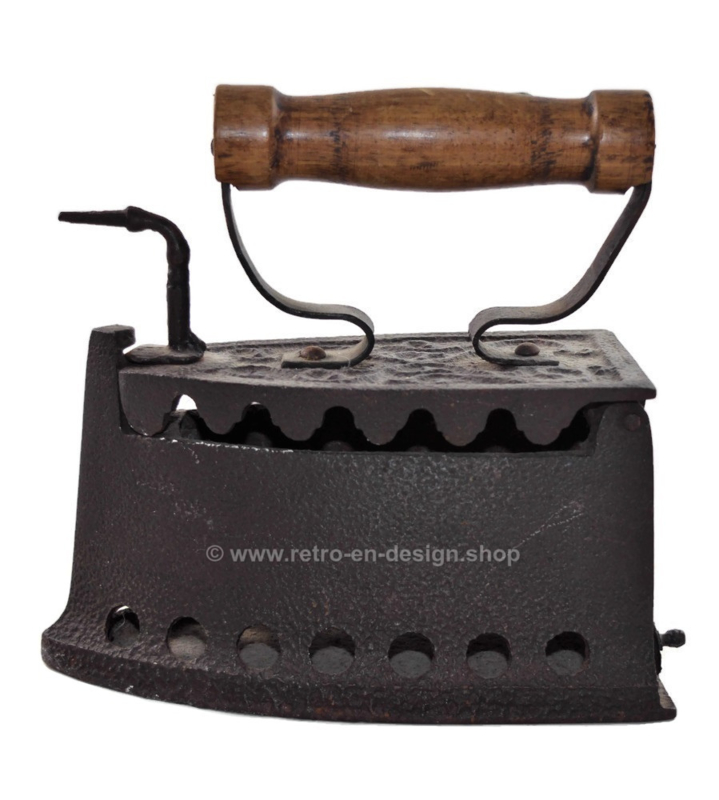 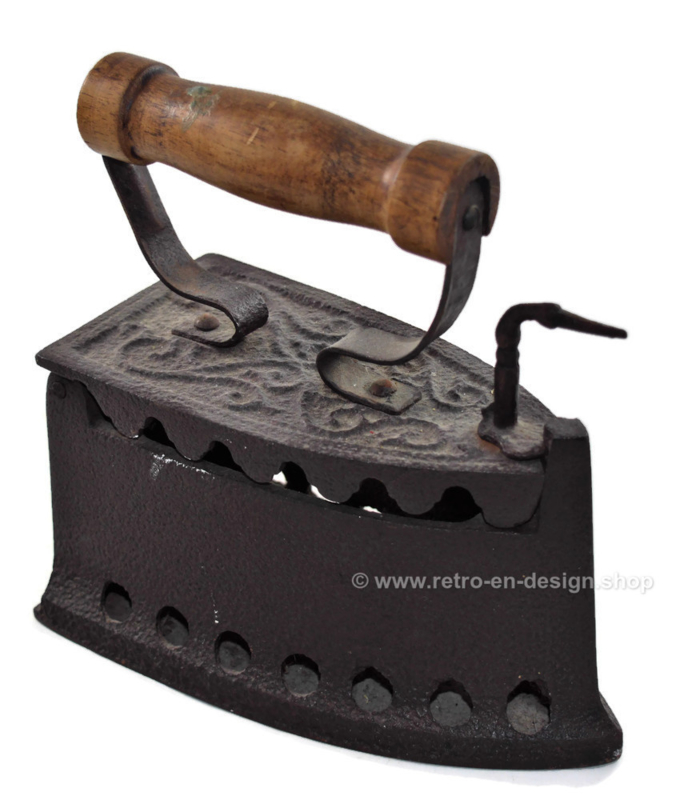 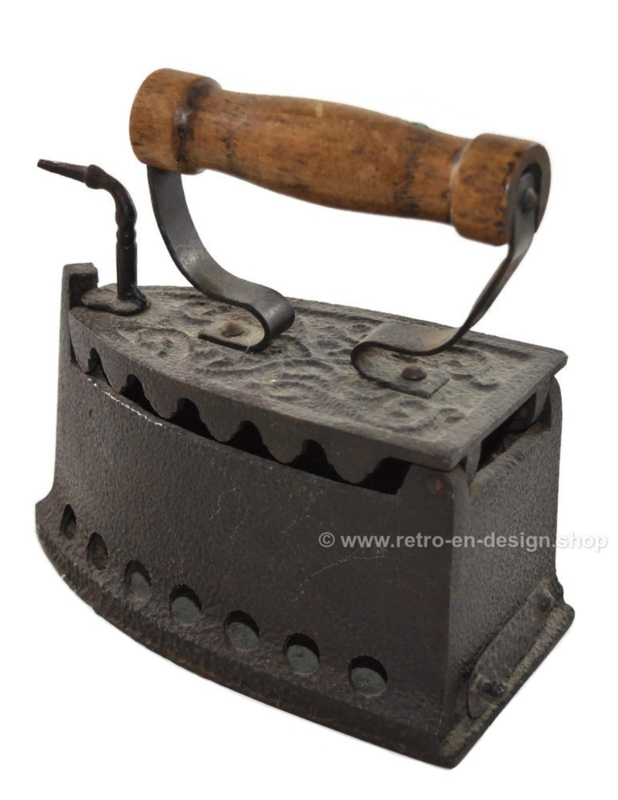 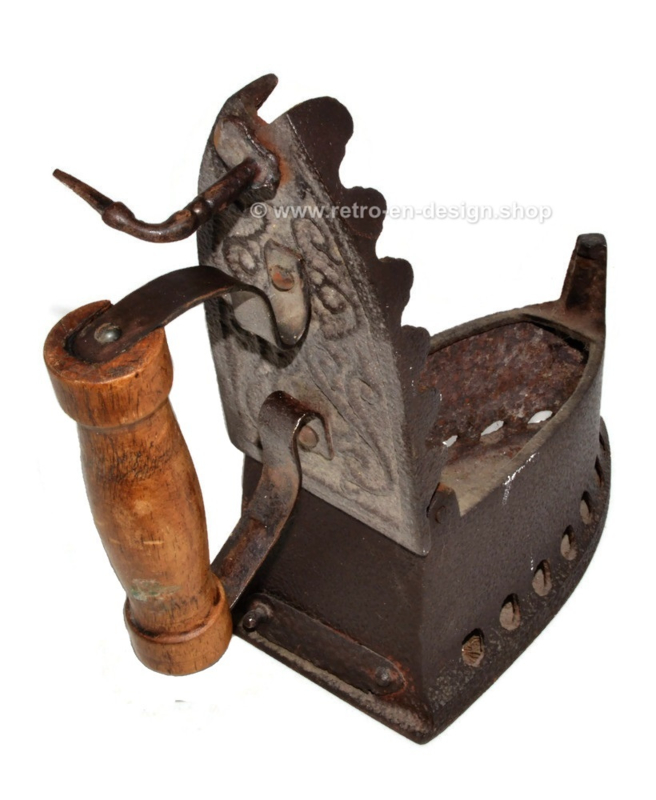 Description
Antique charcoal iron from the end of the nineteenth century. The iron has a straight back and runs to a point. The iron is equipped with a wooden handle. These types of irons were filled with glowing coals. The openings under the lid allowed the smoke to escape.

The cover of this iron can be opened and closed by means of the bolt at the top of the tip.

Condition
This metal iron is in a good vintage condition with traces of use and age-related traces of wear.

Clothes iron
A clothes iron is a device that, when heated, is used to press clothes to remove creases and help prevent the spread of infectious disease.

Domestic irons generally range in operating temperature from between 250 °F (121 °C) to 360 °F (182 °C). It is named for the metal (iron) of which the device was historically made, and the use of it is generally called ironing. Ironing works by loosening the ties between the long chains of molecules that exist in polymer fibre materials. With the heat and the weight of the ironing plate, the fibres are stretched and the fabric maintains its new shape when cool. Some materials, such as cotton, require the use of water to loosen the intermolecular bonds.

Before the introduction of electricity, irons were heated by combustion, either in a fire or with some internal arrangement.

Metal pans filled with hot coals were used for smoothing fabrics in China in the 1st century BC. From the 17th century, sadirons or sad irons (from Middle English "sad" meaning of "solid", used in modern English through the 1800s began to be used. They were thick slabs of cast iron, triangular and with a handle, heated in a fire or on a stove. These were also called flat irons. A later design consisted of an iron box which could be filled with hot coals, which had to be periodically aerated by attaching a bellows. In Kerala in India, burning coconut shells were used instead of charcoal, as they have a similar heating capacity. This method is still in use as a backup device, since power outages are frequent. Other box irons had heated metal inserts instead of hot coals.