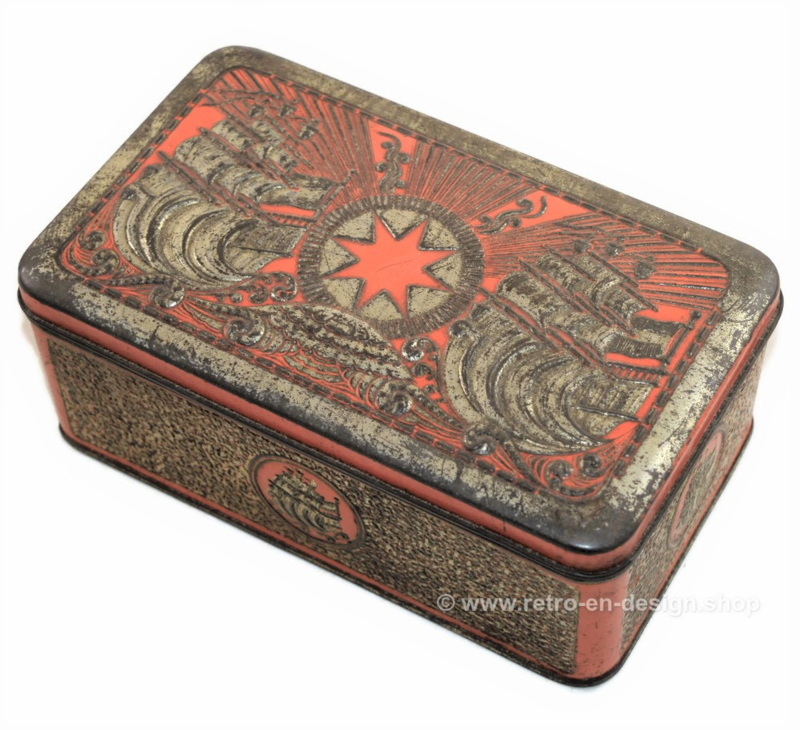 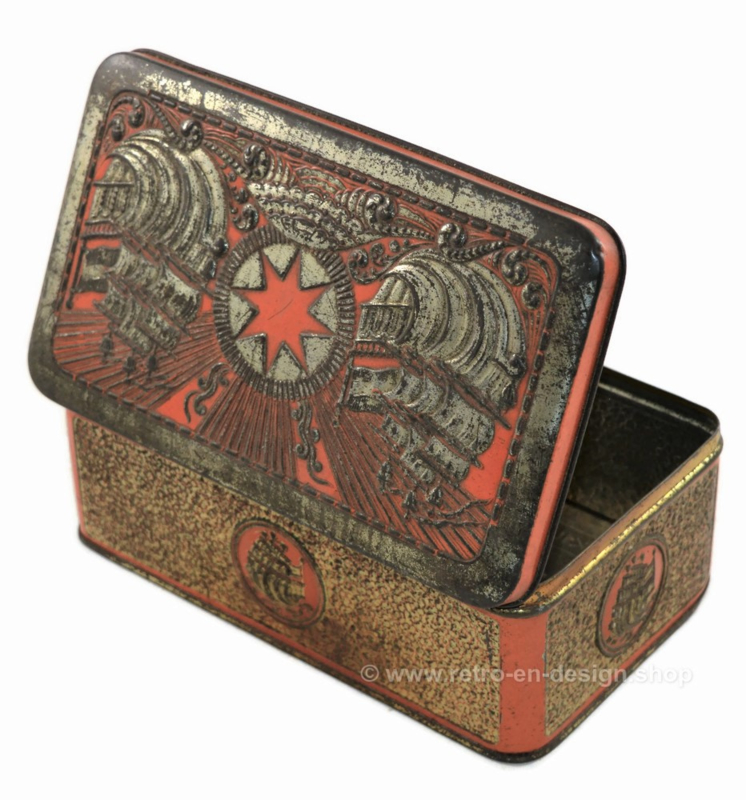 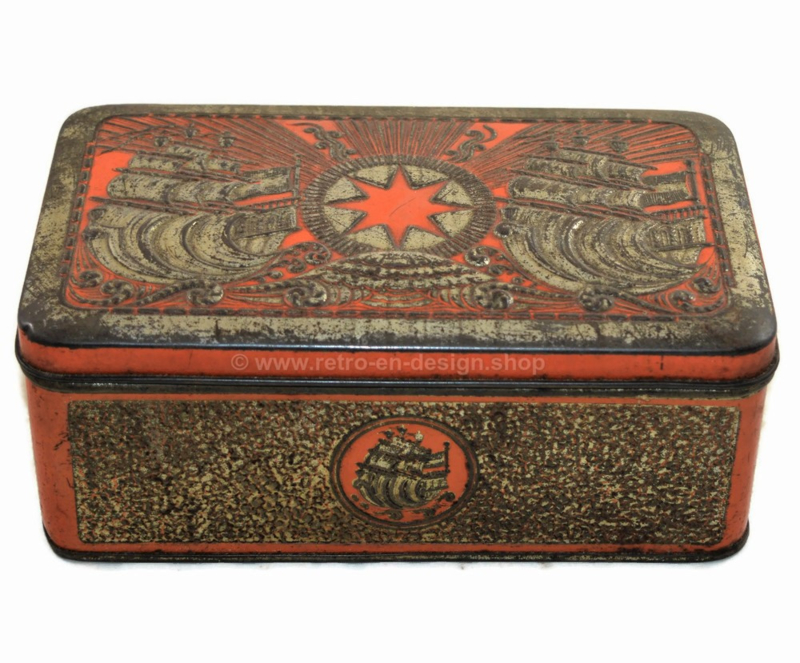 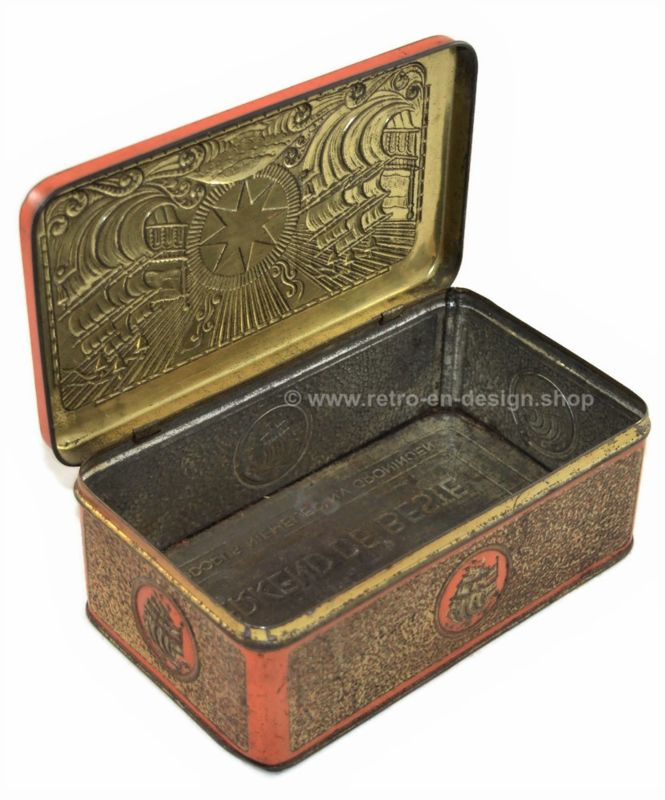 Tobacco tin in orange/gold with embossed decorations of ships for star-tobacco by Niemeijer.

Description
This tobacco tin for STAR tobacco by Niemeijer has a rectangular shape and is equipped with a hinged lid with a rolled edge. The hinge consists of two hanging hinges with separate tabs.

The decoration of this tobacco tin consists of a lid on which embossed images of old sailing ships (galleons) at sea in wild waves. In the middle of the lid in a round medallion the STAR-tobacco logo.

Both the lid and the tin box itself display various decorations. On the sides of the tin in a rectangular surface, embossed, a round medallion with again an old sailing ship.

Furthermore, this tin has a longitudinal seam at one of the corners and the box also has a rolled edge at the top and bottom. The bottom of this thin is marked with the text: "1/4 kilogram of smoking tobacco; Star-tobacco recognized the best. Theodorus Niemeijer nv. Groningen" (is punched in the bottom). (translated from Dutch).

Condition
This tin is in an original vintage condition with traces of use and age-related traces of wear. Most striking is an apparent burn spot at the bottom of the tin.

Koninklijke Theodorus Niemeyer BV has been a family-run business for a long period with origins from the trade in products from the (Dutch) colonies. Meindert Niemeyer started the trading-business on 25 March 1819. The company sold products from the colonies, among which tobacco (brand name Wapen van Rotterdam (Arms of Rotterdam). When son Theodorus Niemeyer took over the business they started producing and selling different brands: both under their own name but also supplying other companies (such as De Bijenkorf). The company then also started selling other goods from the colonies such as tea and coffee.

In the 20th century, the company grew by acquiring other tobacco companies in the city of Groningen and they also started looking to overseas markets. When the company celebrated its 150th birthday they received the title "Royal" (Koninklijk).