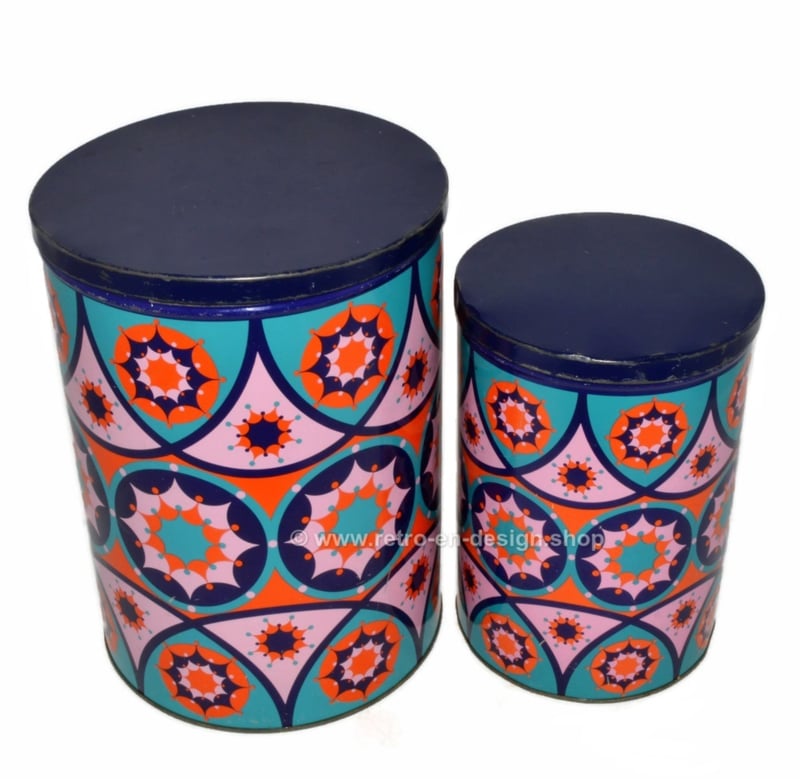 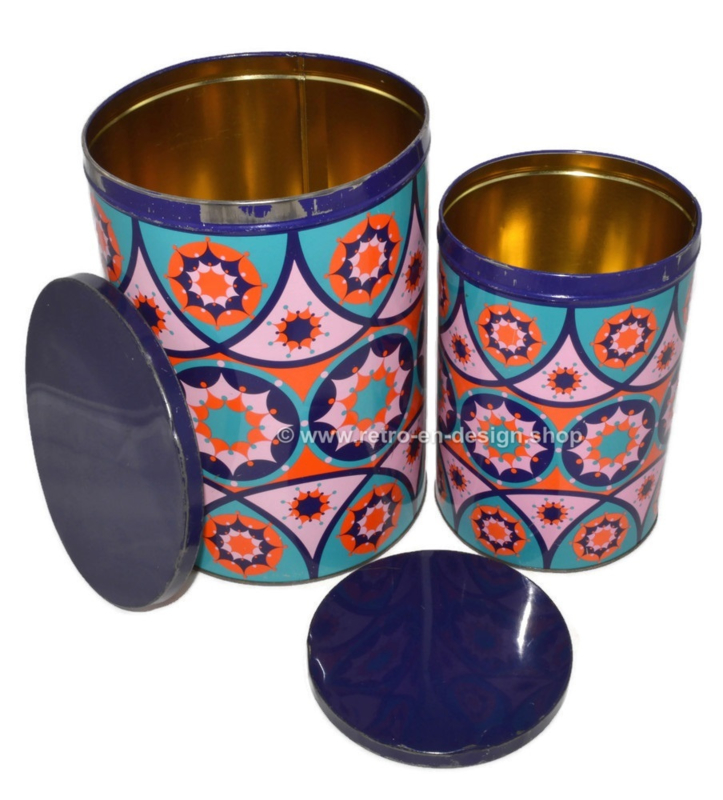 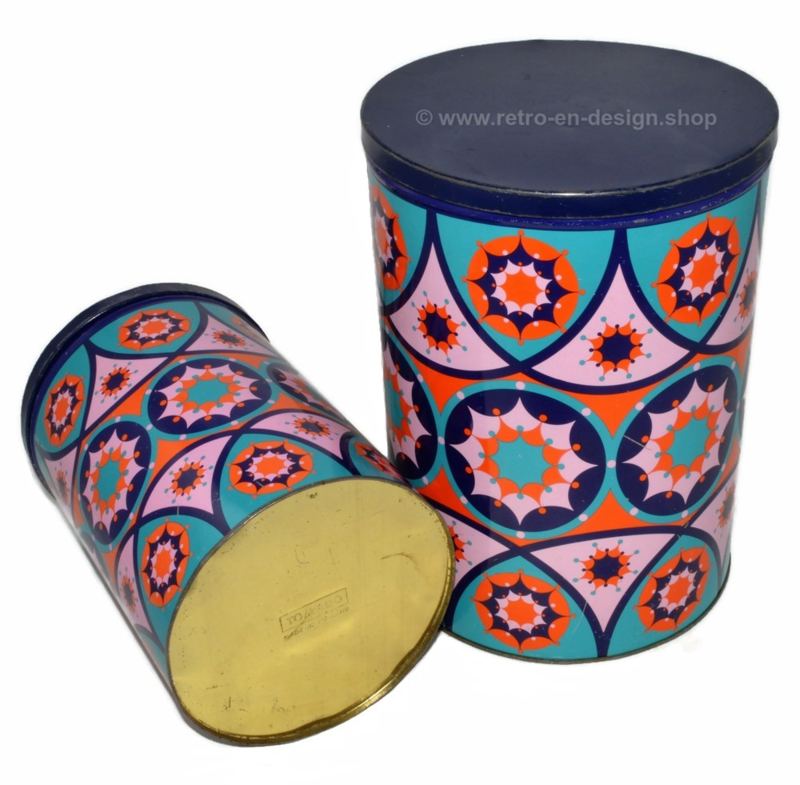 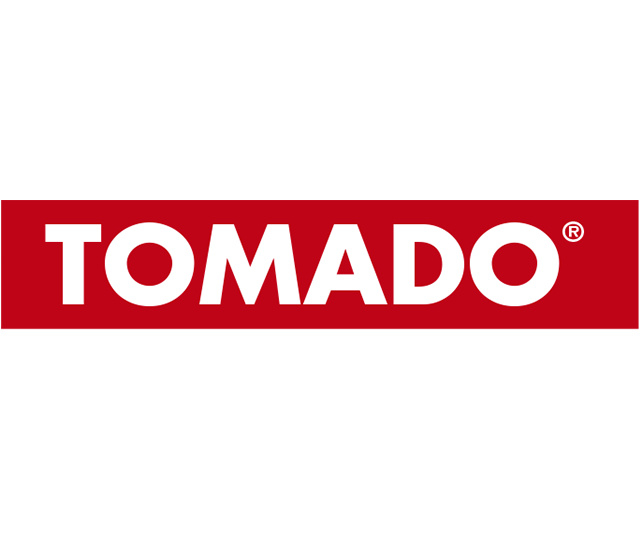 Set of two different sizes of tin drums or canisters made by Tomado.

Description
Typical Tomado tin drums from the 60s. Colours in green, dark blue, pink and orange with psychedelic shapes. These tin drums are equipped with a loose dark blue lid. Gold coloured bottom and inside. Roller edge on lid and drum. Flanged vertical longitudinal seam on the back. Marked on the bottom with Tomado made in Holland.

Condition
This set of two tin drums is from the sixties and is in an original vintage condition with traces of use and age-related traces of wear.

Popular products mainly concerned Tomado racks made of iron wire which came in the colours white, black, red, yellow and blue, reminding of the creations of Gerrit Rietveld and Piet Mondriaan. Very well known were the bookshelves with supports of wire steel and metal shelves in different pastel colours. These are great collector's items at this moment.

Kaleidoscope
A kaleidoscope is an optical instrument with two or more reflecting surfaces tilted to each other in an angle, so that one or more (parts of) objects on one end of the mirrors are seen as a regular symmetrical pattern when viewed from the other end, due to repeated reflection. The reflectors (or mirrors) are usually enclosed in a tube, often containing on one end a cell with loose, coloured pieces of glass or other transparent (and/or opaque) materials to be reflected into the viewed pattern. Rotation of the cell causes motion of the materials, resulting in an ever-changing viewed pattern.