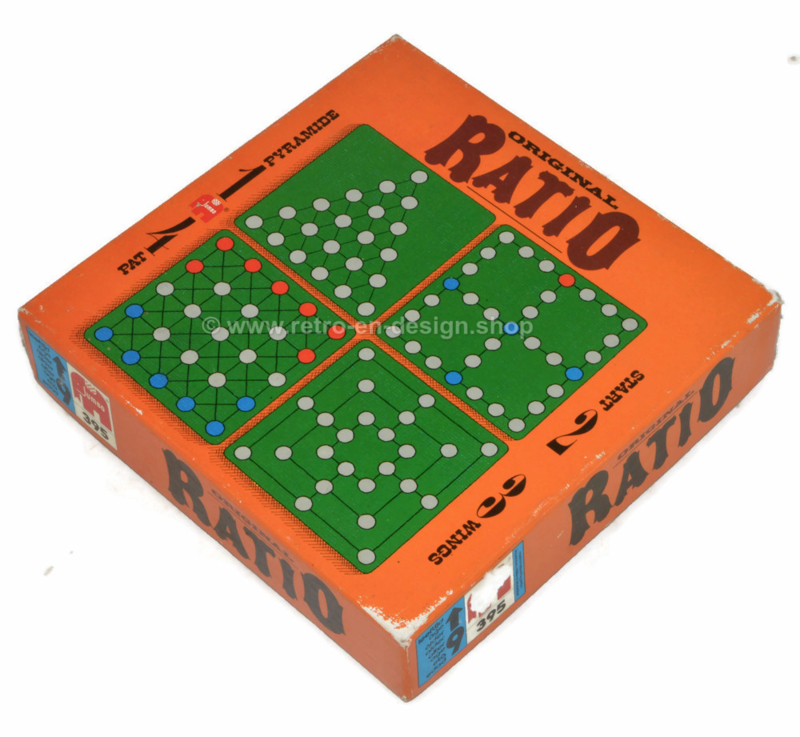 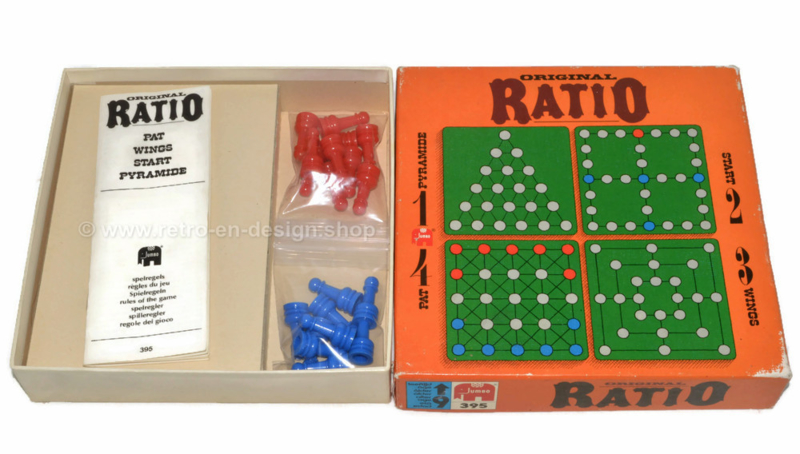 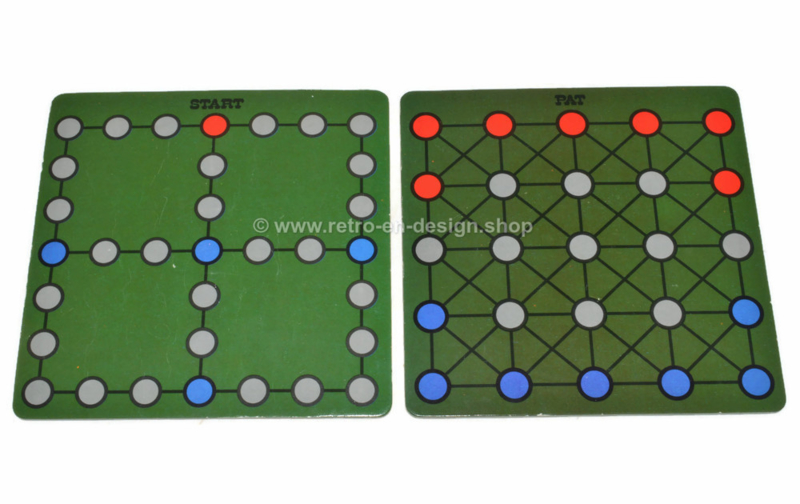 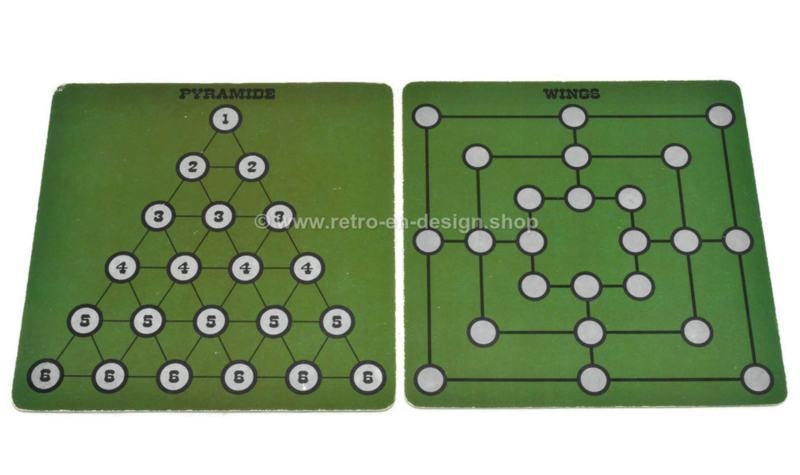 Description
This game can be played on 4 enclosed playing fields.

WINGS
Played with two times 9 pawns in both colors. In turn, the two players place a pawn on one of the 24 dots of the game board trying to form a 'wing'.

START
In this game one player gets 5 pawns of one color, the other player 5 pawns of the other color. The outside court always plays clockwise. Whoever throws the highest number of eyes with the die may start. It is played in turn.

PYRAMIDE
Both players get 10 pawns, the colors don't matter. Whoever throws the highest number of eyes with the die may start. He throws again and places one of his pawns on the closest circles to him.

Condition
This game is in an original vintage condition with normal traces of use and age-related traces of wear.

Number of players
For 2 players