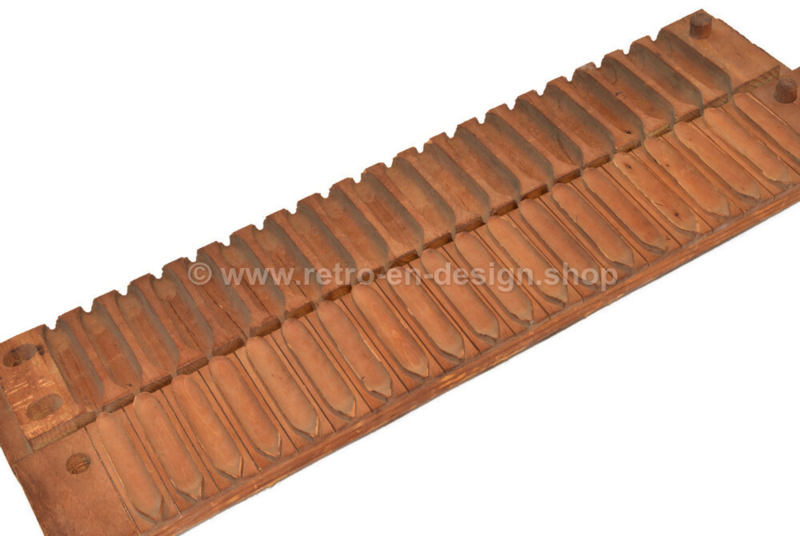 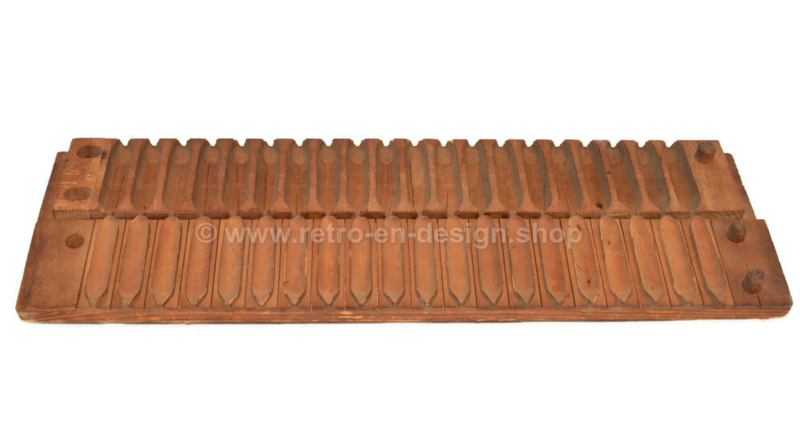 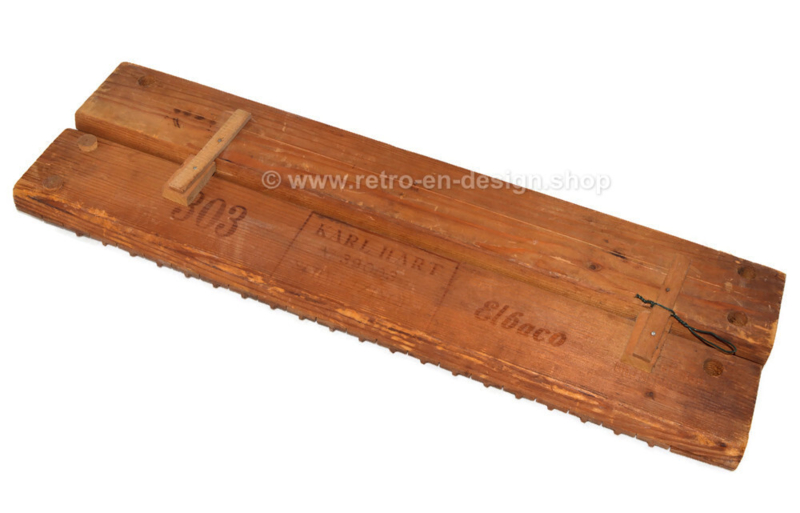 Description
Elongated rectangular cigar mould made of wood, consisting of two halves. The lower part has 20 cigar recesses and a hole on the left and right. The lid has 20 caps for the cigars and a pin or dowel on the sides (the so-called pin and hole connection). On the top of the lid is burned into a frame: "Karl Hart Nr. 39003".

This two-piece cigar shelf for 20 small cigars is in a neat brocante condition. Nice to combine with, for example, old cigar tins! At the back of the shelf there is a possibility to hang the shelf vertically on the wall.

Condition
This two-piece cigar mould is in a neat vintage condition with normal traces of use and age-related traces of wear. Photos are part of the description

The cigar consists of cut tobacco, the so-called filler, around which the wrapper is rolled, a pre-processed tobacco leaf. Then one has a so-called doll (Z.Neth.) or tuft (N.Neth). The wrapper is then wrapped around this, after which the cigar is complete.

The used tobacco was moistened and the filler rolled in the binder into a model called doll. This was done in a cigar mould consisting of twenty boats.