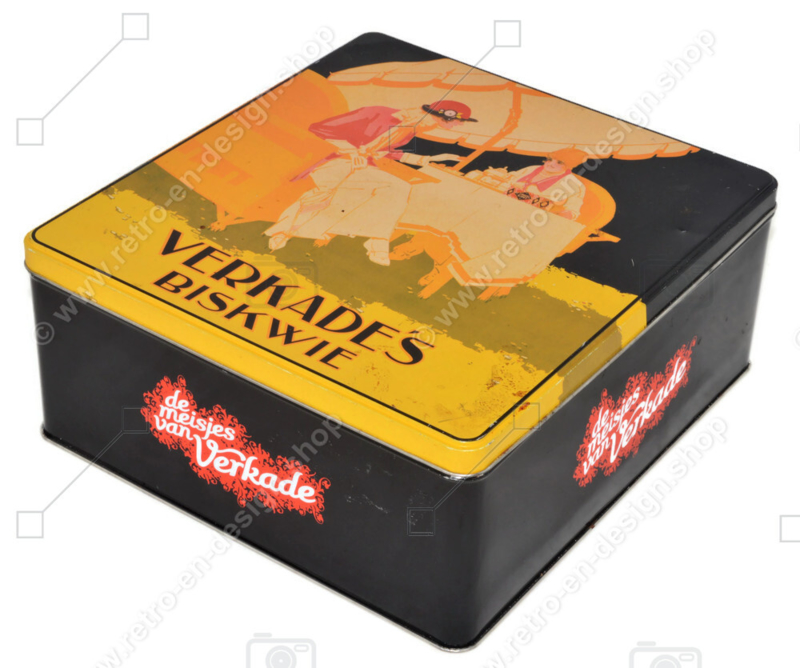 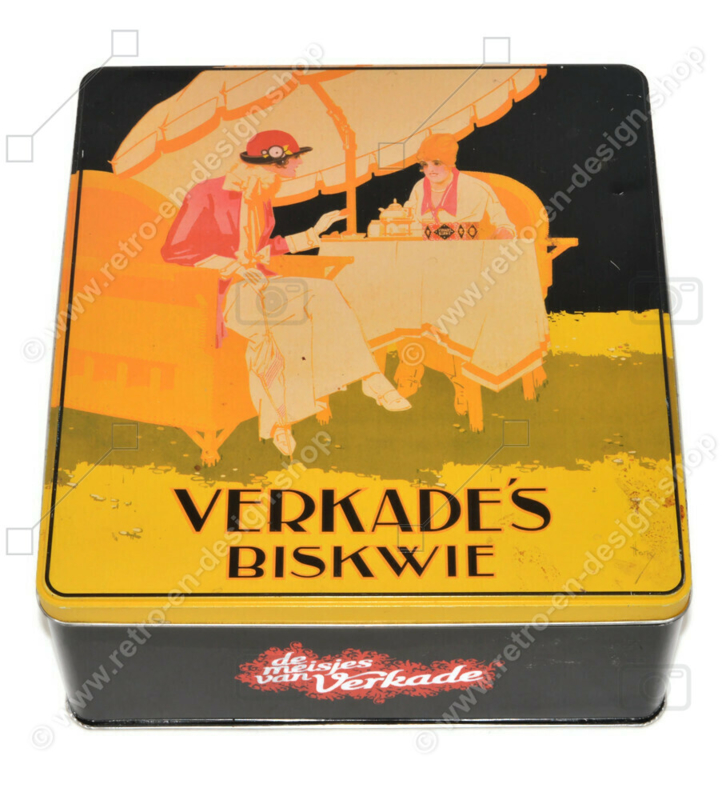 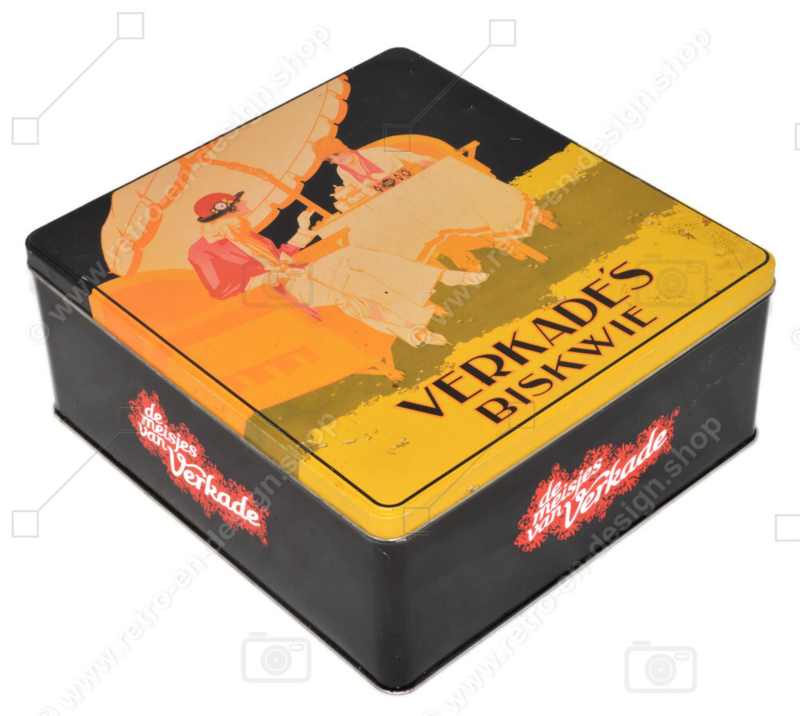 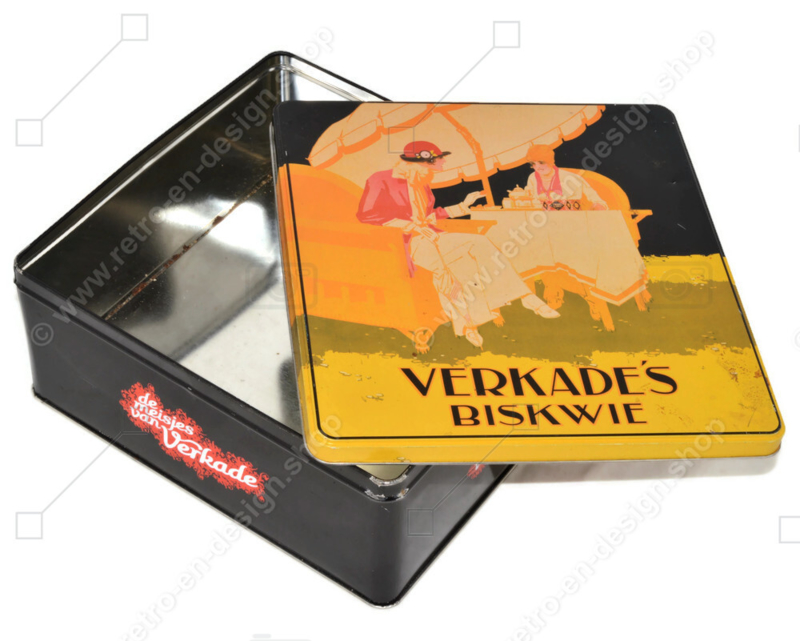 Description
Large square biscuit tin by Verkade. This tin is equipped with a separate lid. The decoration of the tin consists of a black background with the text in red with white decorative letters: De Meisjes van Verkade - "The girls of Verkade".

The lid comes in the colour variants orange to yellow and shows an ode to the well-known 'girls from Verkade', the girls from the famous Zaanse biscuit factory.

In the picture, two young ladies are seated on a chair under a parasol in typical 1920s style. Also known as the 'Roaring Twenties'.

Condition
This Verkade tin "The girls of Verkade" is in a vintage condition with traces of use and age-related traces of wear. Pictures are part of the description.

Kaakje (biscuit or flour biscuit) is a name that is used in some Dutch dialects for a certain type of biscuit, which can be round, such as the mariakaakje, or rectangular. This is a biscuit that is crispy, light in color and dry. A biscuit sprinkled with coconut and sugar is called a Brussels fair. Supermarket chain Albert Heijn has called its coconut biscuits Zaanse kermis.

The story is probably untrue that the Netherlands received the Marshall Aid because the then Prime Minister Willem Drees received the representative of the United States with a cup of tea with a maria biscuit instead of with a state banquet. According to the anecdote, the representative felt that the Netherlands apparently needed the support badly and that a country with such a sober prime minister would undoubtedly spend the money well.

Verkade was founded on May 2, 1886. Ericus Gerhardus Verkade opened his Steam, Bread and Rusk factory "De Ruyter". The name "De Ruyter" was chosen with a bow to the past; the first flour mill of West Zaandam carried that name. The products of the first hour were; bread, rusk, honey gingerbread and Langetjes, later also came the famous tea lights. "De Ruyter" (horseman or rider) is still recognizable in the logo of the Verkade brand. In the course of time Verkade switched over to make cookies and chocolate.

Verkade. The most beautiful brand in the Netherlands.
There is hardly any brand that is more Dutch. With the tastiest cookies and chocolate in the world.

Verkade biscuit tins can be found in cupboards or on table all over the Netherlands.