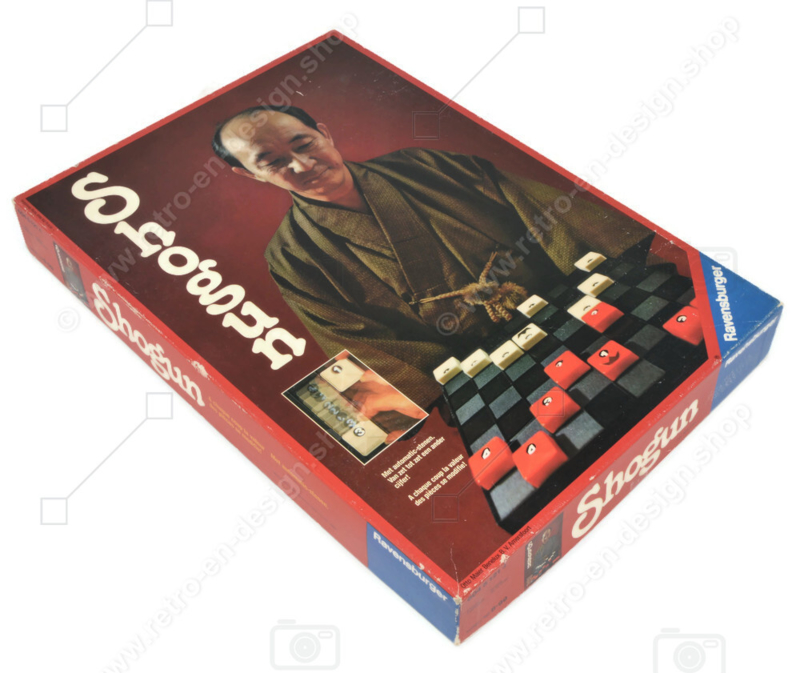 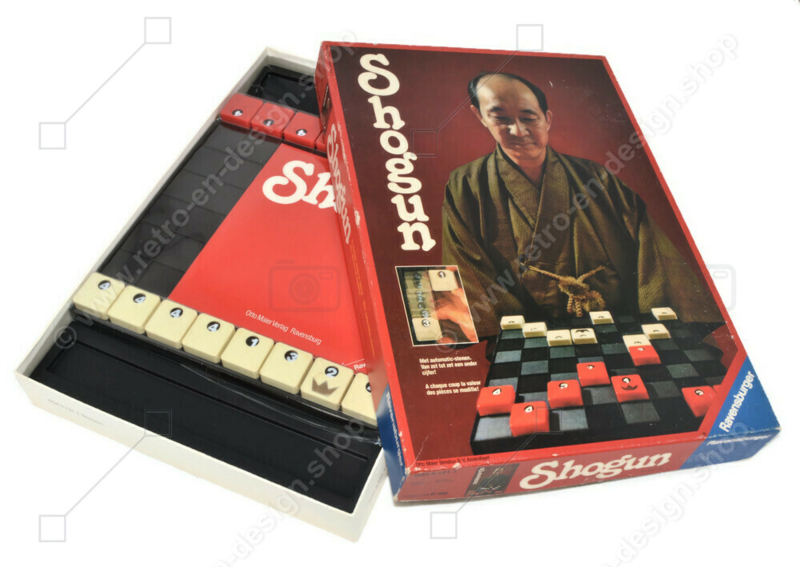 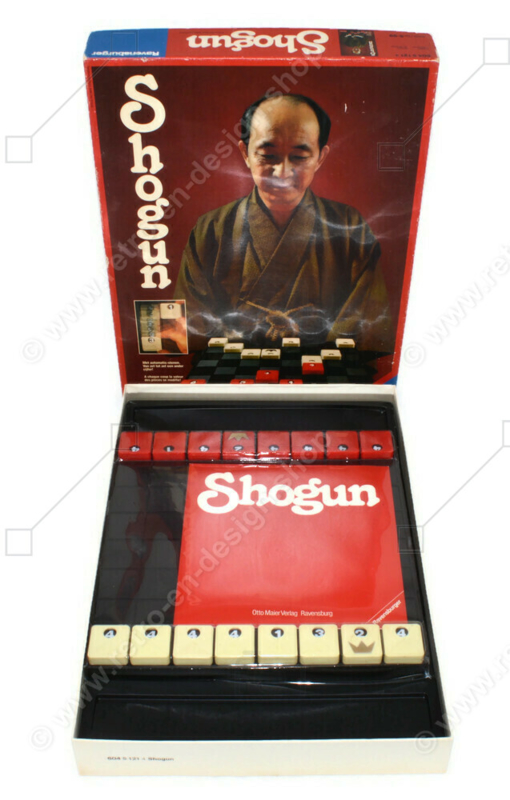 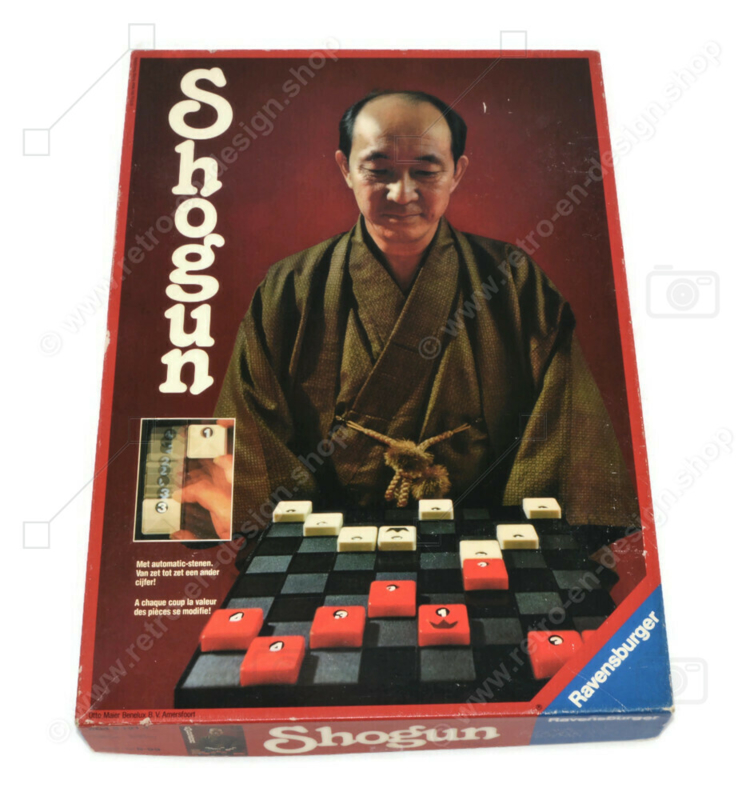 ​Shogun, vintage boardgame by Ravensburger from 1979

Shogun, vintage boardgame by Ravensburger from 1979.

The number on each piece automatically changes!

Game description
Whoever can beat the opponent's Shogun wins the game. The game pieces are designed in such a way that they automatically show a different number with each move. 8 red and 8 white stones face each other, each with a number in a cut-out window. This number indicates how many squares the stone can move. A great game for two people.

The name of the game comes from Japanese meaning 'leader of the army'. from the middle ages up to the nineteenth century, the Shogun was the emperor's military general, the dominant figure in the government of Japan, more powerful even than the emperor.

Aim
The aim in the game in Shogun is either to capture the opponent's leading man, his Shogun or so to defeat him that he is left with only his Shogun and one other piece on the board.

Both in the Netherlands and in Germany in 1979 awarded with the title "Game of the year".

Condition
This Ravensburger board game is in a very good vintage condition. Light traces of use and age-related traces of wear present on the box.

The company was founded by Otto Robert Maier with seat in Ravensburg, a town in Upper Swabia in southern Germany. He began publishing in 1883 with his first author contract. He started publishing instruction folders for craftsmen and architects, which soon acquired him a solid financial basis. His first board game appeared in 1884, named "Journey around the world".

At the turn of the 20th century, his product line broadened to include picture books, books, children’s activity books, Art Instruction manuals, non-fiction books, and reference books as well as children’s games, Happy Families and activity kits. In 1900, the Ravensburger blue triangle trademark was registered with the Imperial Patent office. As of 1912, many board and activity games had an export version that was distributed to Western Europe, the countries of the Danube Monarchy as well as Russia.

Particularities
Manuel in Dutch and French