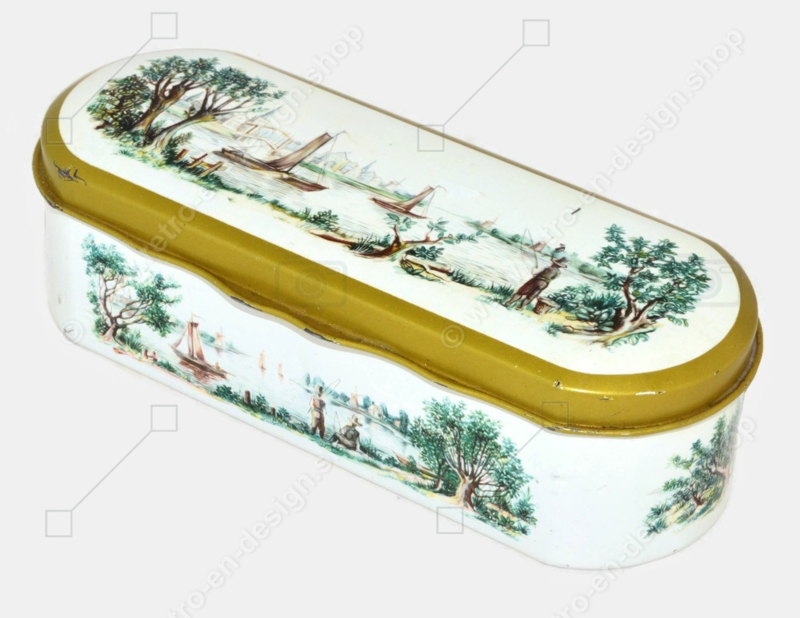 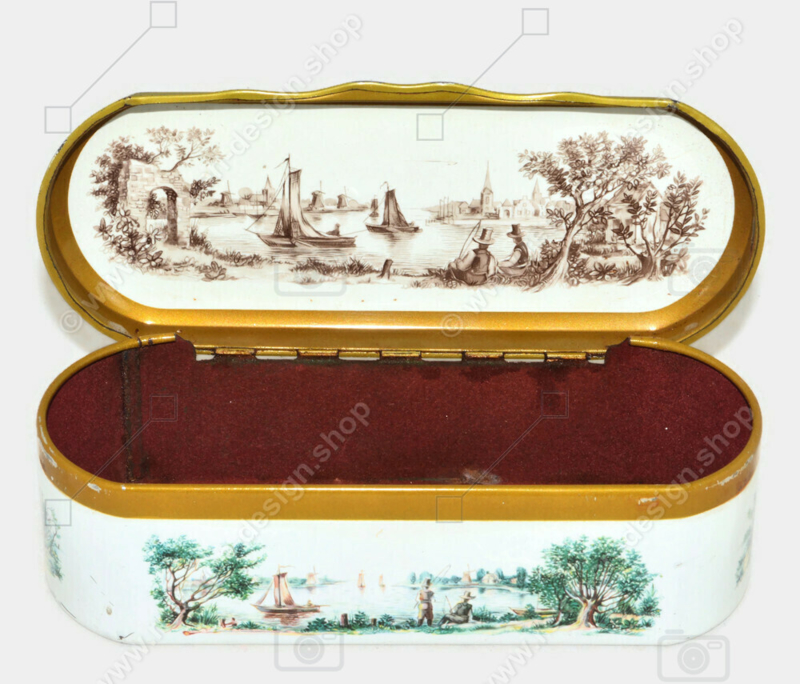 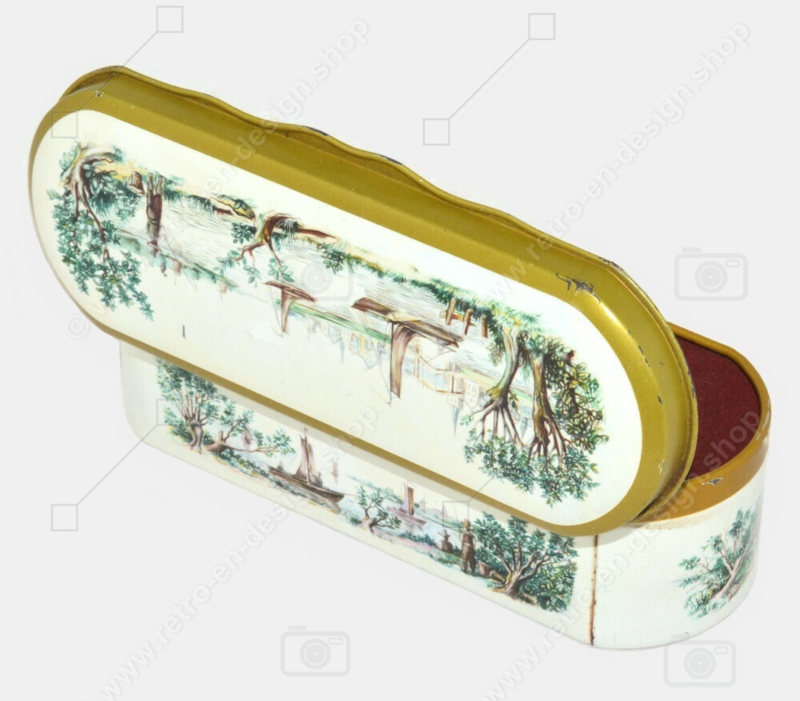 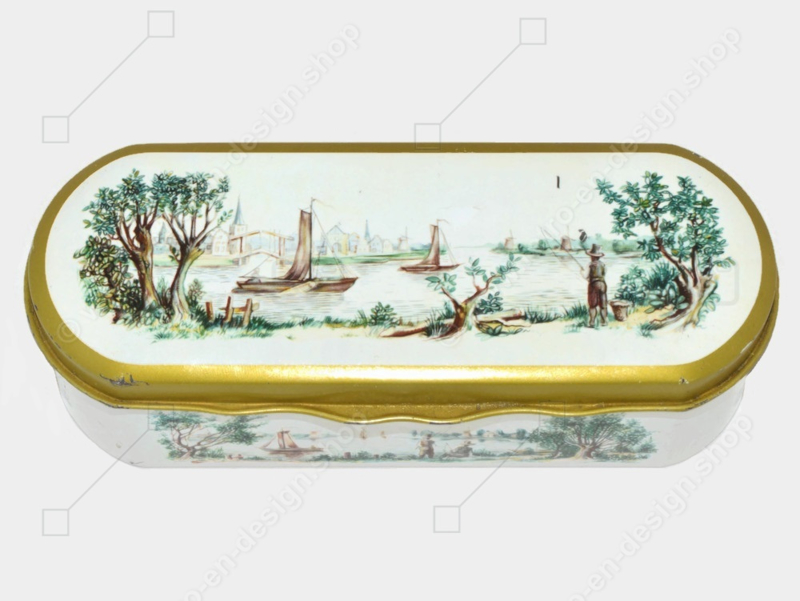 Vintage teaspoon tin made by Douwe Egberts for Pickwick tea

Vintage teaspoon tin made by Douwe Egberts for Pickwick tea.

Tin box for teaspoons by Douwe Egberts with images of sailing ships and fishermen, with hinged lid.

Description
Spoon box with scenes by the water for Douwe Egberts. This box could be saved with the stamps that were given with the Pickwick tea.

This is an elongated oval tin with a hinged lid. The lid is double-walled and has a protruding wave edge. The box is equipped with a rolled edge. The hinge is a so-called hanging hinge and consists of five smaller hinges.

The lid also has a cream-coloured background with images of an old city with spiers, windmills and a drawbridge. Sailing ships can be seen on the water. In the foreground are some trees and a fisherman. The lid has a gold-coloured edge and trees are depicted on the short sides. The long sides have different images, but very similar to those of the lid. The inside is covered with red felt-like paper. A brown and white image can be seen on the inside of the lid.

Condition
This beautiful vintage spoon box by Douwe Egberts is in a neat condition with normal traces of use and age-related traces of wear. Pictures are part of the description.

Douwe Egberts (or DE) is a Dutch company that processes and trades coffee, tea and foods. The company was founded in 1753. In 1978, the company was completely taken over by the American company Sara Lee. In mid-2012 the company became independent and DE went to the stock market as D.E. Master Blenders 1753 NV. After a bid for all shares, the company was fully owned by a German investor at the end of 2013.

Pickwick is a tea brand from Douwe Egberts. The brand dates back from 1937, before the company sold unbranded tea for the first time in 1753 from a shop in the Midstraat in the Dutch city of Joure.

The name Pickwick is inspired by the title of the book The Posthumous Papers of the Pickwick Club by Charles Dickens. The wife of the director had taken note of this book and suggested the real English sounding name 'Pickwick'.