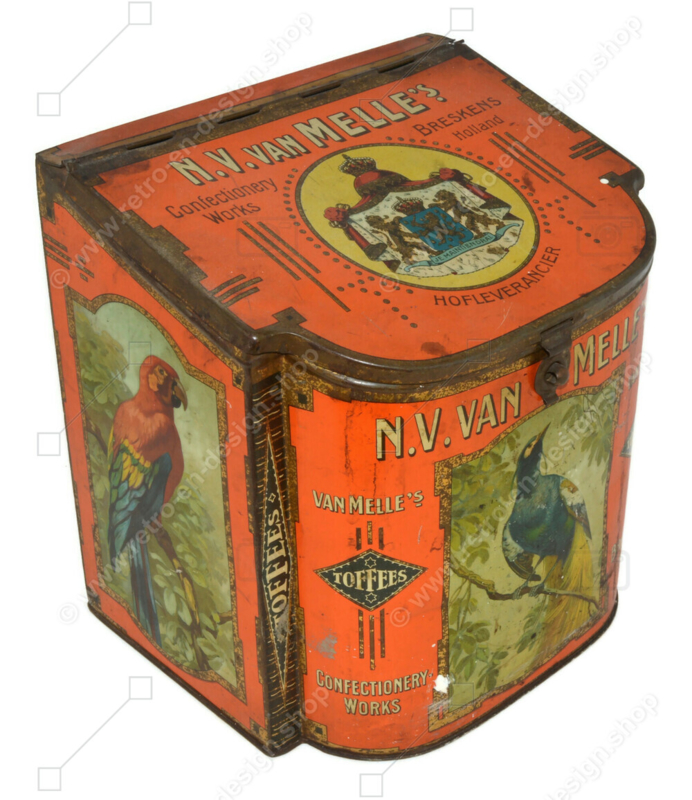 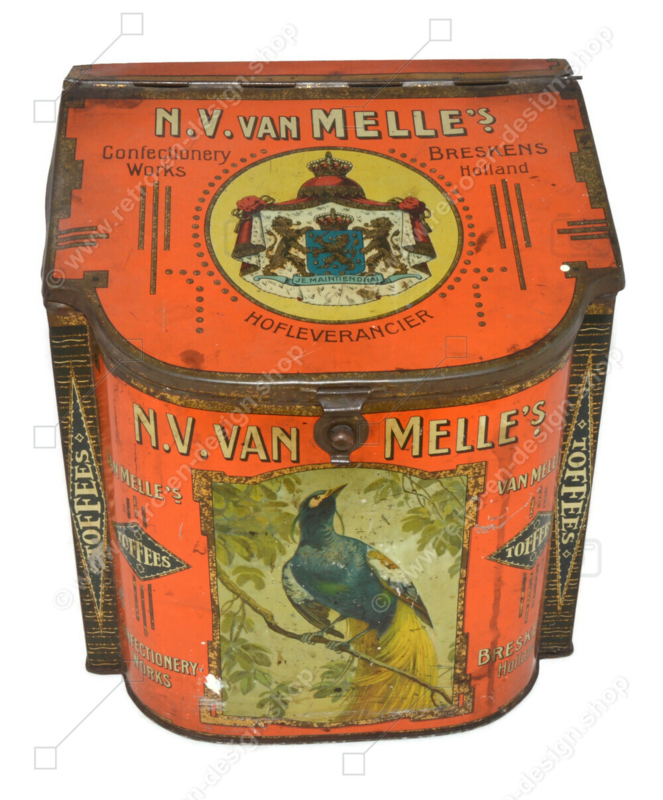 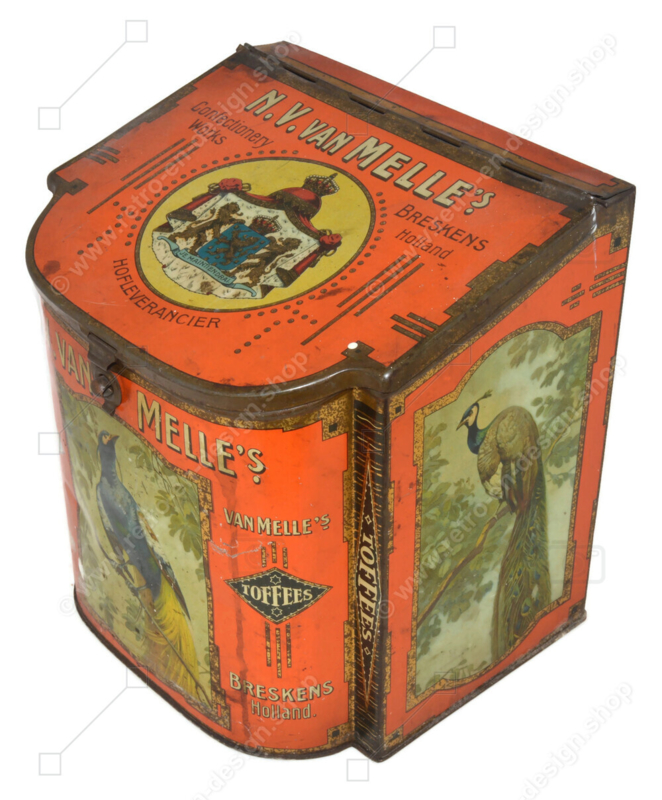 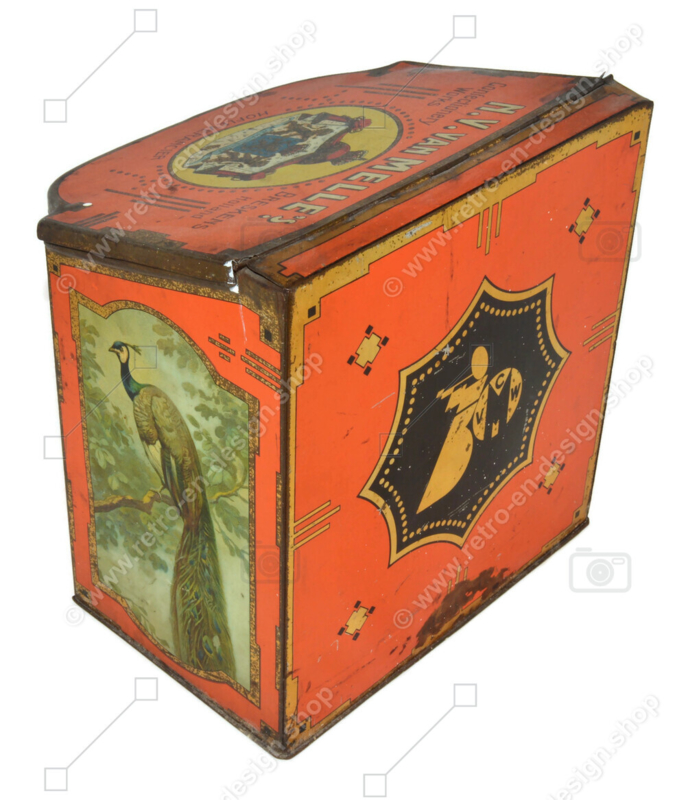 Description
This is a beautiful shop counter tin for toffees by Van Melle, manufactured between 1924 and 1928. This high tin has three rectangular sides and a front with an extension with rounded corners. The tin is equipped with a sloping hinged lid with closure.

The decoration of this tin consists of an orange background with gold-coloured piping. The lid has a circle with a yellow background and a national coat of arms under the canopy with the text "Je maintiendrai". Inscription on the lid: "Hofleverancier" and "N.V. van Melle's confectionary works, Breskens Holland".

On the front we see a bird of paradise looking upon a branch between leaves. On the left side is a somewhat backwards-looking parrot (Ara). The right side shows a backwards-looking peacock on a tree branch between the leaves. All birds are enclosed in a gold-coloured frame. On the straight back wall, in an eight-pointed star with a black background, the image of the fisherman with a pipe and the letters VMCW (Van Melle's anniversary logo from 1925).

On the bottom of the tin in relief the text "van Melle's confectionary works, Breskens Holland"

Condition
This Van Melle shop tin is in a good vintage condition with normal traces of use and age-related traces of wear. No rust, no cracks, no holes. Photos are part of the description. 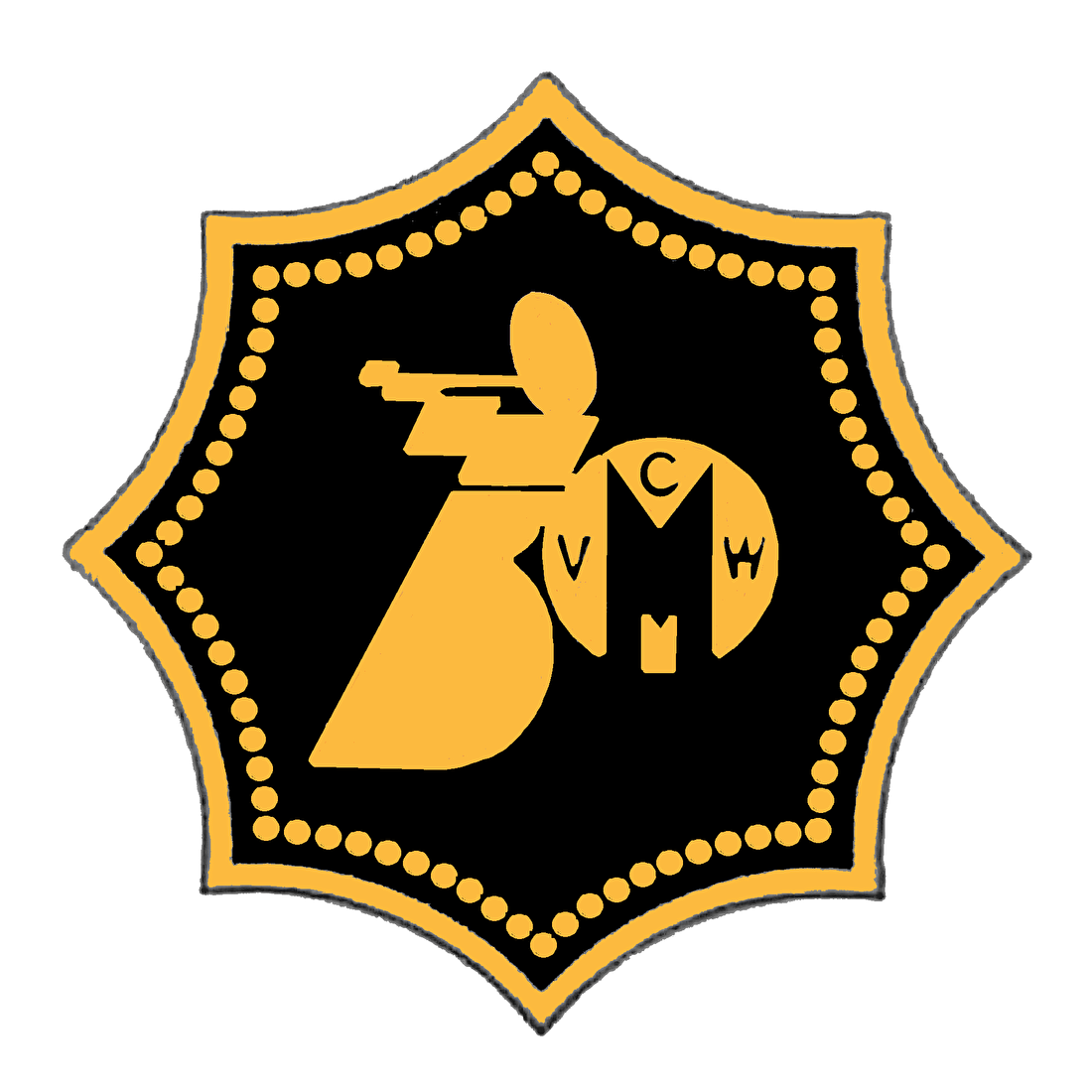 Van Melle started around 1840 as a bakery in Breskens. They also sold sugar balls. In 1900, Izaak van Melle also began to produce these mechanical. About 1920, Izaak's brother Dirk-Machiel started a factory for biscuits and waffles.

In 1932 the Brothers Michael and Pierre Van Melle set off for Poland where they learned a procedure to produce soft fruit chews. From the trip they bring the original “Tell Dough” to the Netherlands, leading to the creation of Fruittella. Based on the Fruittella recipe they are inspired to create a peppermint flavoured candy to be later named Mentos.