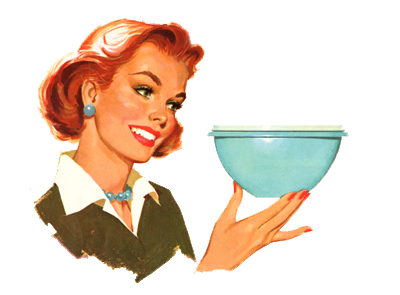 products for household use and was developed in 1945 by Earl Tupper in the United States. The very beginning of Tupperware dates from 1944. In that year Mr. Earl Tupper, a chemist, and pioneer in the field of processing of polyethylene for domestic use founded the "Tupperware Plastics Company". In 1945 he sold his first products which were made of polyethylene.

These were plastic containers in which food could be stored airtight. For this, he developed the Tupper Seal, an airtight and watertight lid, a design based on the lid of a paint can. The lid would be known by the special 'Tupperware-burp " the characteristic noise caused when closing. For the Tupper Seal, he asked for a patent in 1947. Along with the advance of the refrigerator, this invention represented a new development in American households in the ‘50s. The food could be kept for a longer period, stayed fresh longer in the plastic boxes and trays, and could orderly be stacked in the fridge. The Tupperware company used as a sales strategy:  the ‘Tupperware party ‘. Tupper gave his first household products the name  ‘Millionaire Line’, because he was convinced that every product would earn him a million dollars. 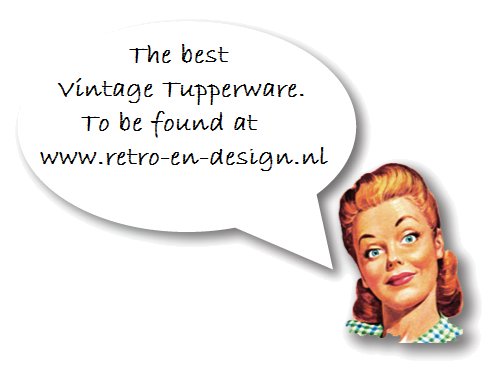 At least as important as the attractiveness of the product was the user. The trays and containers could be stacked easily, so the refrigerator could be arranged efficiently. The lockable lid made sure that food could be preserved and kept longer fresh. Tupperware was completely at service of householding. This led in 1957 to obtain the certification mark of the magazines ‘Good Housekeeping and Parents’.

On the website of Retro & Design, we offer different types of retro / vintage Tupperware products, hereby, we focus on the period from the late 50s / 80s.