More about Vinyl and Audio

Vinyl & Audio. Although the albums and singles of the past are now to be considered extinct dinosaurs  by some, the real experts in audio know better.

It's back from the past: the L.P. Rumors that the old vinyl record is completely extinct are realy exaggerated. In fact, the album is still alive and is now, thanks to the internet on the rise again and ready for a second life. Even though we got the CD, internet and mp3,  the long-playing record still survives.
Nostalgic feelings for the warm sound of vinyl? The demand for the old vinyl rises and rises. Interestingly, the black disk also enjoys renewed interest by fans of rock and pop music. Some audio enthusiasts even claim that, although an LP is much more vulnerable than a CD, the sound quality of vinyl is still better. 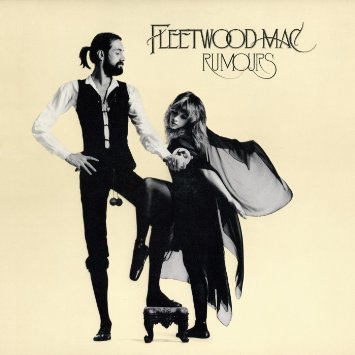 A long-playing record, also called vinyl record or album, but most often reffered to as LP is a vinyl record of 30 cm (12 ") in diameter. This provides space on each side for 20 to 30 minutes of music. The LP was introduced in 1948 by Columbia Records. Since 1990, the LP has been largely replaced by the compact disc, although some artists still release their music only on LP. Most of the LPs are to be spun down at 33⅓ rotations per minute (rpm).
Nowadays the album is related to other music players seldom sold, but yet still  millions of LPs are being made. Long after the vinyl record was declared dead, as in the mid-90s, the vinyl was kept alive by the dance DJs. They can do more tricks with an LP than for example with a CD.

The 7"Single. Next to the Longplay record RCA came up with a 45-rpm record of 17.5 cm (7 "), which became known as singles. They were originally designed for use with a record disc changer. They had a bigger hole in the middle, so there would be room enough for the changing mechanism. These records were originally supplied with a removable insert piece, so they could also be played on a turntable with a small shaft. Later, a pre-cut part could be broken for use with a record disc changer. 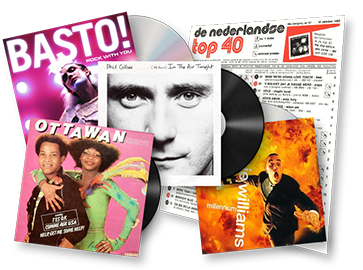 A single is a record which contains just only one or two songs from an artist or band. It is the cheaper version of an album. However, the single term is more often used to refer to a single track on an album which will be released separately to promote an album. Because singles are playable on two sides, there is an A and a B-side. The A side contains the number that was considered to have hit potential. The B-side (also called the flip side) usually contains a number of lower quality, since the plate simply must have a B-side. However, there may be a single with 'two A-sides', so there were two catchy tracks. Singles can be played on record players (pick-ups) and usually run at a speed of 45 rpm (45 rpm).

The most popular singles are found in so-called hit charts.

A 12-inch is a vinyl single on longplay-record format, in which each side usually contains one song. Because there is more room for the course of the grooves and they are played at 45 rpm, a groove loop can be created to give the sound a greater dynamic range and a to achieve a wider frequencyrange. 12-inches were during the rise of disco popular among disc jockeys in nightclubs, who were asking for longer versions of disco hits.
Examples of the development of longer versions in the seventies: 'Love to Love You Baby' by Donna Summer in a 16 minute version and the album 'Never Can Say Goodbye' by Gloria Gaynor, on which the numbers were even mixed together. In the late 70's the 12-inch became more and more popular: no longer was the 12-inch size reserved for disco artists, witnessed the disco mixes 'Miss you' by the Rolling Stones, 'Da ya think I'm sexy' by Rod Stewart and 'I was made for loving you' performed by Kiss. This trend continued into the 80s, where it became rule rather than the exception that 12-inch singles were being released by pop and rock artists.

The Rolling Stones- Miss You

KISS - I Was Made For Lovin' You [Official Music Video]